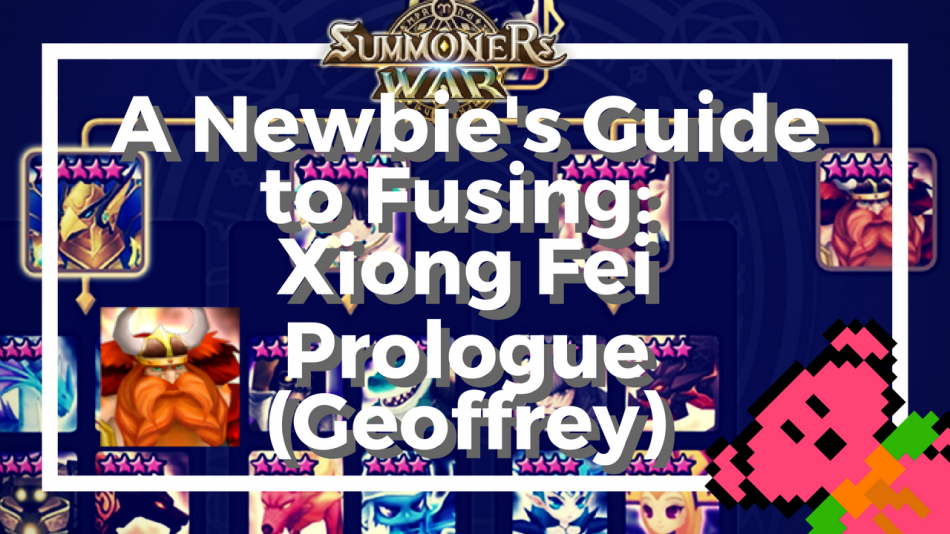 <![CDATA[You’ve read my guides on fusing Veromos and Sigmarus. Now we’re moving onto the “niche monster” territory; starting with Xiong Fei! If I do end up making “A Newbie’s Guide to Fusing” articles on Katarina and Jeanne, they won’t have teams where you could specifically use them in, PvE wise. Those two are also niche PvP monsters, and I haven’t even fused them yet myself. Anyway, Xiong Fei is pretty good for a starter NB10 team. He’s got a multihitting first skill, a self-counterattack buff on his second skill, and a four-hit attack with three really nice debuffs on his third. His third skill brings defense break, second Recovery on everyone and counterattack, and his third skill Glancing Hit, attack break and speed decrease. Like my last five-part series, on fusing Sigmarus, each part will focus on one part of the four-piece puzzle that is fusing Xiong Fei. We’re going to follow the same path that I took when I wrote my five-parter on fusing Veromos/Sigmarus. In this series, we’re going to talk about the easiest way to acquire each monster, their awakening essences, and, at the end, how to create a stable NB10 team. Let’s get something out in the open real quick first: When you have the main fusion pieces for Xiong Fei (the four monsters that are directly needed to fuse him,) I’m going to say “leave them unawakened and at four stars until you’re ready to fuse” This is because if you get lucky/unlucky and summon one of the fusion pieces awakened, then you wouldn’t have wasted any essences awakening one of the monsters. Here’s the fusion recipe for Xiong Fei: <a href="https://summonerswarskyarena.info/wp-content/uploads/2018/06/471.png"> 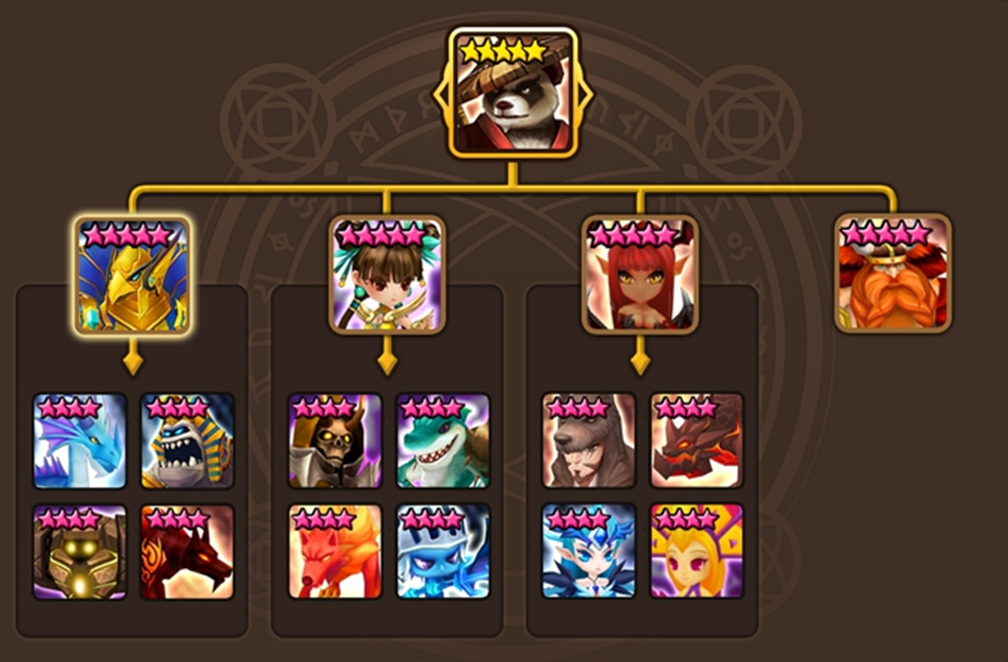 Fusing him will be even more difficult than fusing Sigmarus. Not every monster can be farmable from Secret Dungeons, and some can only be acquired from the scenarios. We’re going to begin with the monster that’s the easiest to acquire. He doesn’t need to be fused because you can already get him from Secret Dungeons. I’m talking about… 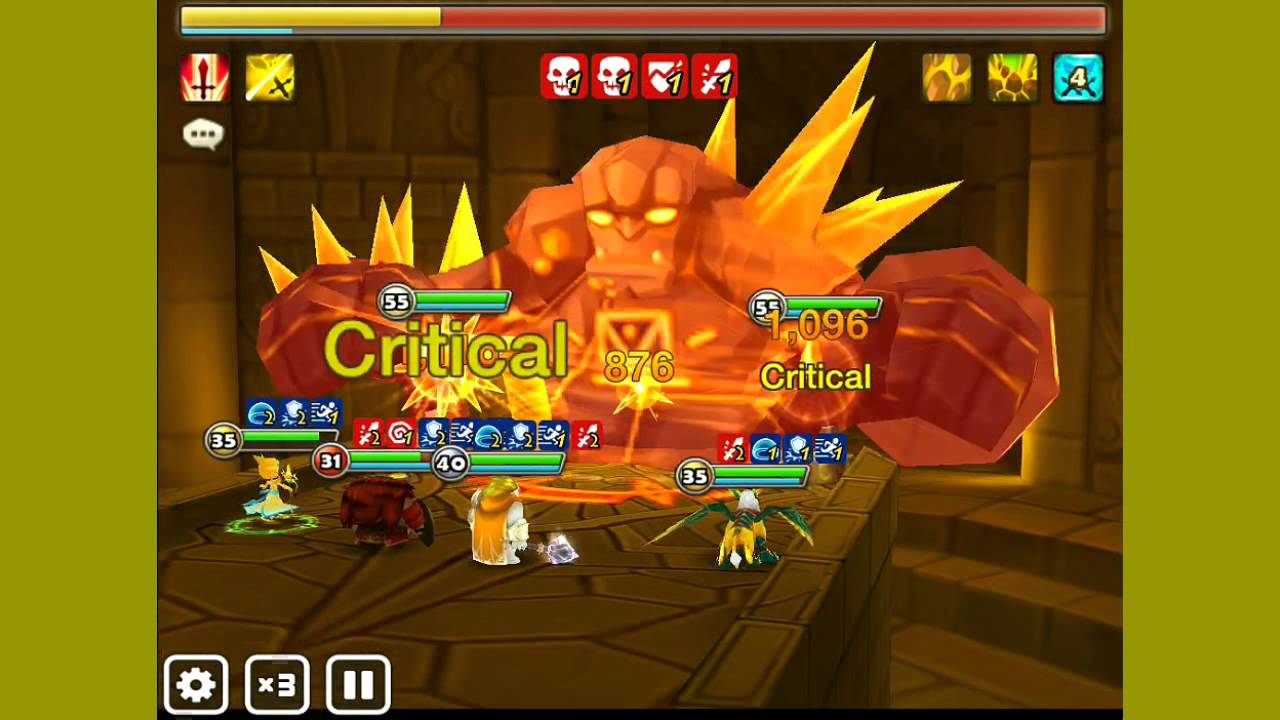 Geoffrey is a three-star monster, who can be acquired from Secret Dungeons. Because he’s a fire monster, you can usually acquire him on Tuesdays; when the fire dungeon opens. This would also be a good time to get the essences that Geoffrey needs to be awakened, but don’t awaken him just yet. Geoffrey will need 40 pieces in order to summon him. The pattern for the amount of monster pieces needed to summon a particular monster is: 10 pieces for a 1-star monster (only available through special events), 20 pieces for a 2-star monster, 40 for a 3-star, 50 for a 4-star, and 100 for a five star (the only five-star monster you can get through monster pieces are the Ifrits, in Guild Shop) For his secret dungeon, I haven’t got much advice, except bring many water monsters. An AoE nuker, like Sigmarus, would work best – Sigmarus especially. Not only does have an AoE freeze, attack bar decrease, damage that scales off of the enemy’s max HP, but he’s fusable! 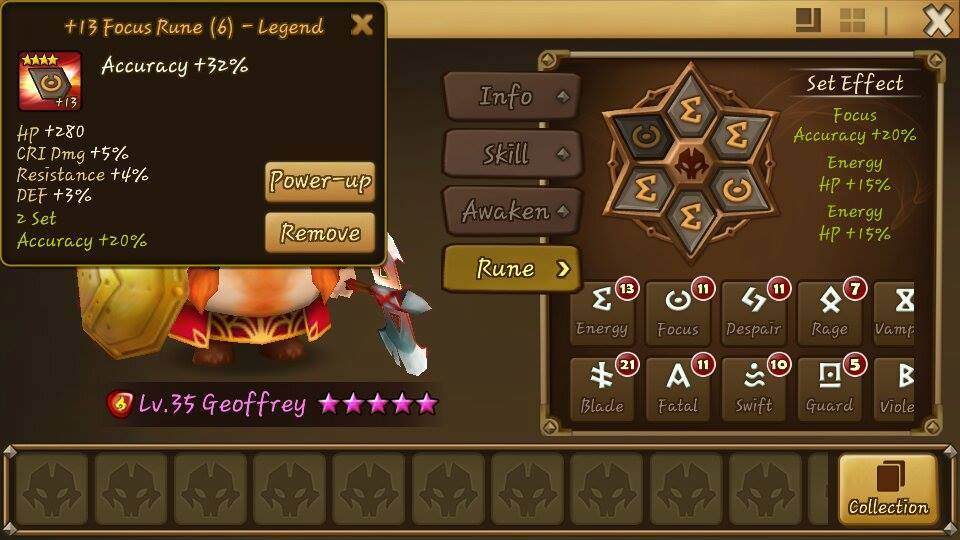 I don’t think Geoffrey would be a monster that you would want to keep around. He does have an interesting passive, though. Said passive will have him recover HP by 30% of the inflicted damage on an enemy, before he then steals a beneficial effect off of the enemy he attacks. “Well, that makes him good in DB10!” you say. “That is true,” I respond with, “but he can and will quickly be replaced with Chilling in said DB10 team.” It’s true; though Geoffrey’s passive is interesting, it’s not unique to only him. Chilling, the water Jack-o-Lantern will steal a beneficial effect from the enemy he attacks, and his attack speed is increased according to the amount of beneficial effects on him. In other words, I would only recommend getting a Geoffrey to fuse Xiong Fei with. If you want a buff stealer like him, then wait for Chilling! Trust me, he’s way better in DB10 than Geoffrey would be. I recommend maxing him out up to four-stars, but don’t awaken him just yet! In the next part, I’ll be talking about Akia – yes, the fire Succubus, the very fire Succubus needed to fuse Veromos! Curious? You’ll just have to wait for part 2! I’m Sara Ann, and I’ll see you in the next article!]]>