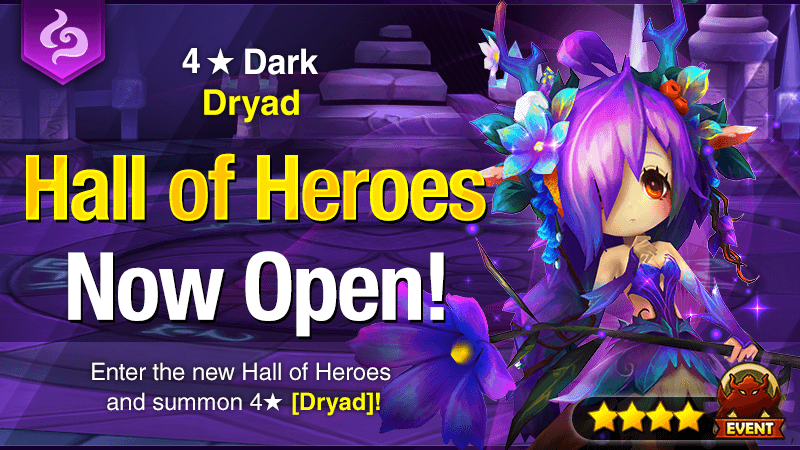 On Wednesday, December the 8th, the Hyanes (dark Dryad) Hall of Heroes was announced. Many people were surprised at this choice of HoH, because Hyanes is actually pretty decent! She’s not meta-breaking, but she is a lot better than a lot of the HoH units that Com2uS has given out before.

Yes she is! She doesn’t have a spot in the meta as of right now, but she’s not garbage. Her s3 is a bit of a weird in-between skill; it attacks all enemies, increasing their harmful effects’ duration by 1 turn and reducing their beneficial effects’ duration by 1 turn. It opens up a bit of a weird spot for her, where if you’re using her as a debuffer or an opener there’s one part of her s3 that can’t be used. 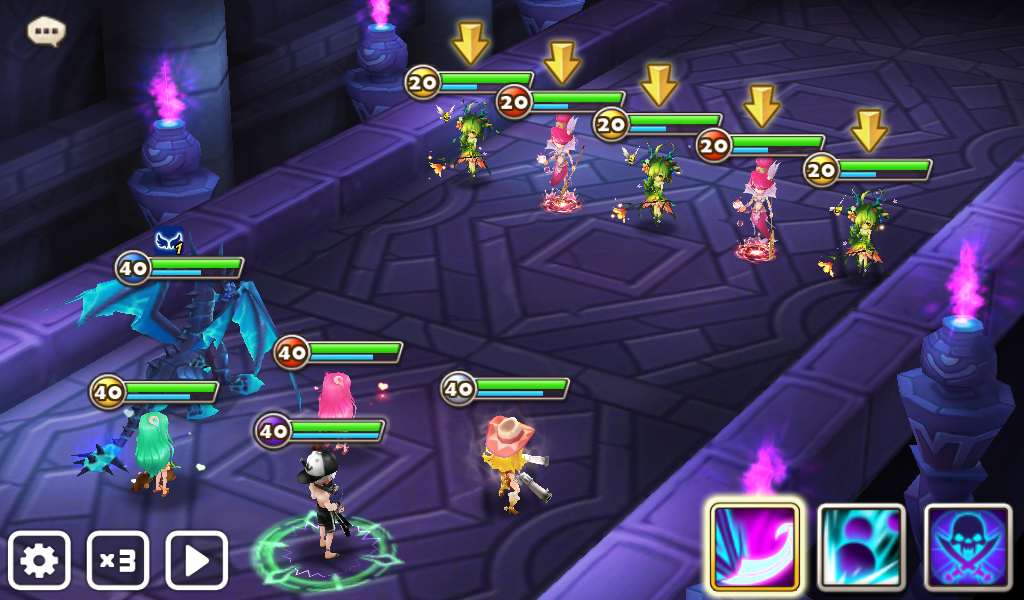 The Threat: I’d probably say that Mellia is the biggest threat here. Her kit is all about Continuous Damage, which can destroy your units if you don’t have a cleanser/Immunity buffer on your team. Platy has intense single-target damage, along with having a heal/revive on her s2. However, if she does revive, she’ll add a couple more turns to her s2’s cooldown, though.

The Solution: Go for Platy first. If the worst comes to the worst, one Platy will revive the other, and then add the extra cooldown time to her s2, which will give you the time to kill the freshly-revived Platy, and then kill the other one. After that, you can aim for Mellia. 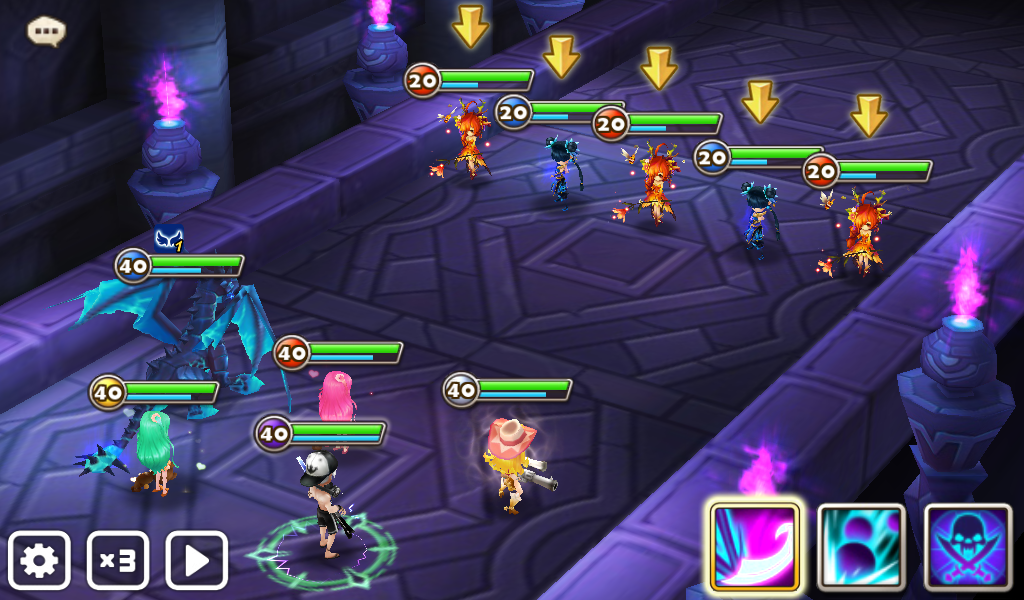 The Threat: Xiao Lin is the main threat here, because of how strong her damage is. Althoguh her s3’s targets are randomized, they can be seriously deadly if you have any harmful effects on your team – which is exactly what Nisha provides, AoE buff block. To be honest, Nisha isn’t that scary to deal with, but she sets up Xiao Lin here.

The Solution: Go for Xiao Lin. I know I’d usually say something like “you’ll want to go for the unit that would set up the main damage dealer,” but honestly there’s less Xiao Lins than there are Nishas. After that, you can go for Nisha herself – her damage isn’t that great, so you’re good on that regard. 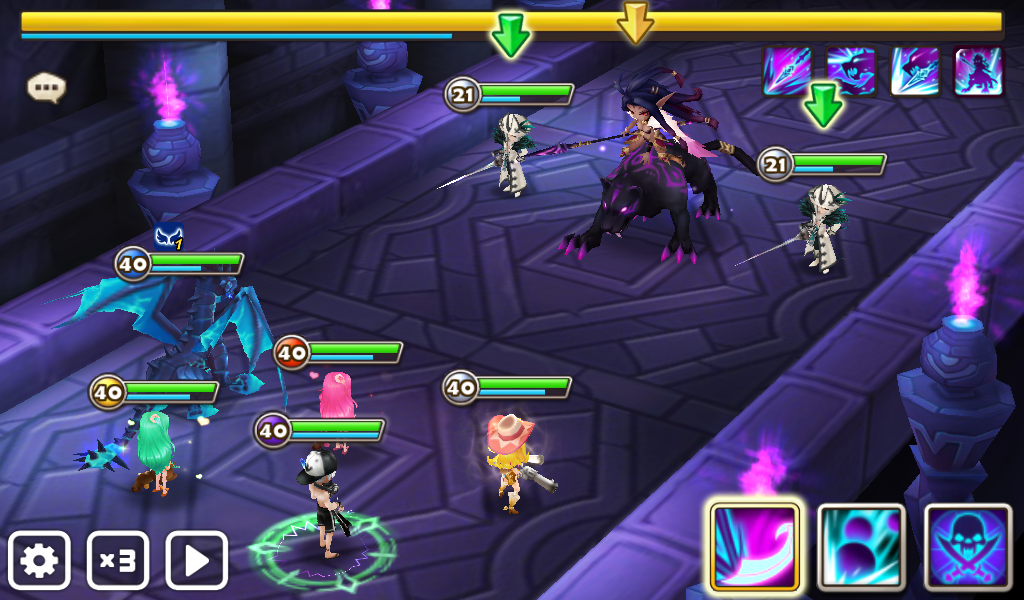 The Threat: Hey, so it turns out that once you kill Xiana, she’ll dismount from the beast and heal back to full HP. However, her max HP does decrease by 50% after she dismounts. Despite that, her damage skills are very much going to screw you over if you don’t get her in control in some way. Her s3 with the beast will attack all enemies and decrease their Attack Bar to 0, so that’s really something you don’t want to deal with.

The Solution: The solution is going to be to take out Xiana first. Brig is a bit annoying to deal with, but he’s all single target. (Then again, his s3 can one-shot someone in the higher stages.) Point is you really won’t have to worry about a lot as long as you keep Brig frozen/stunned and Xiana under control. 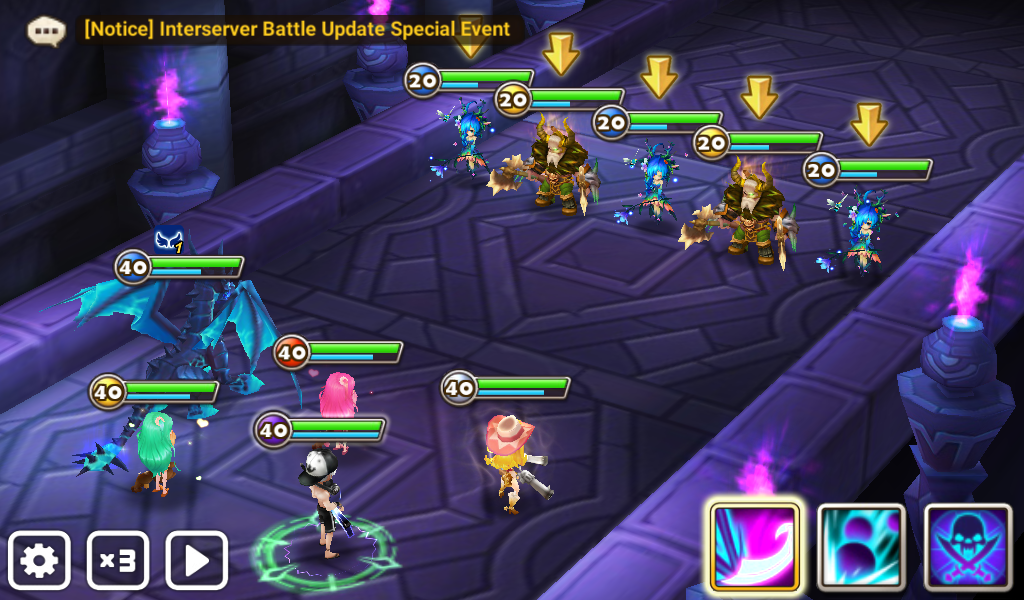 The Threat: The threat here is actually Herne! She’s one of the few units with Oblivion (the passive-blocking debuff), and was the first 4-star unit with Oblivion as well. Thankfully, it’s only a single-target attack, but it’s still super annoying to deal with. Hraesvelg still sucks to deal with, thanks to his AoE damage and shocking speed, but he’s not as bad as he used to be; he’s sort of been powercrept out of the meta, actually.

The Solution: Herne is annoying to deal with, so I’d probably say go for her first. She removes debuffs and puts Oblivion on your units, which can end up completely disabling one of your most important units if you’re not lucky. Hraesvelg… well, he’s got damage and that’s about it. 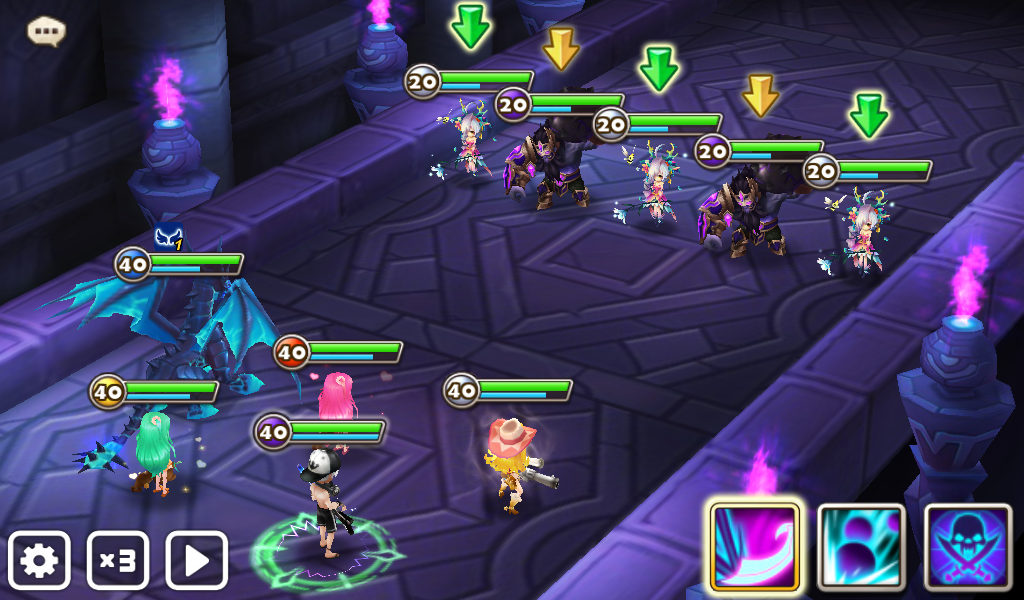 The Threat: Trasar is a huge threat damage-wise. His s2 is going to throw his stone up into the air, and when it comes down the next turn it’ll do some serious damage. His passive will negate the damage that will otherwise kill him, and then he grants himself an extra turn. Felleria, meanwhile, heals everyone with debuffs for 10% each turn she takes. On the allies without debuffs, she’ll grant them a shield equivalent to 10% of her Max HP.

The Solution: I’d probably say go for Trasar first. Felleria can’t really do a lot of damage on you, but Trasar can and has one-shot my teams when I went up to the higher floors. It’s not exactly very fun to deal with. Felleria’s healing is annoying to deal with, but she’s not going to kill you. 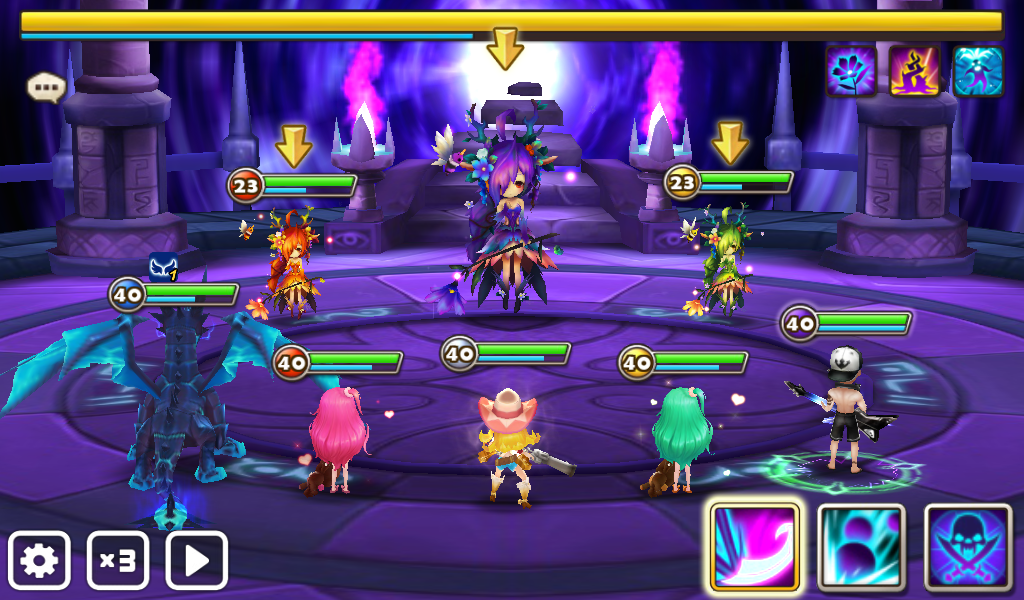 It’s boss time! We’ve got Hyanes as our boss unit, and two other Dryads as our supporting threats. The elements of her Dryad friends changes each rotation, but this time we have a Nisha and a Mellia.

The Threat: As always, the threat is going to be very different depending on what elements the lackeys are. You could get a really good hand with the worst of the family members, or the lackeys could be the strongest of the family. It all depends on which floor you’re on.

In this case, though, the threat is going to be Mellia and Hyanes. Nisha is probably the worst of her sisters, so you don’t have to worry that much about her.

The Solution: Mellia is really annoying to deal with, so you’d probably be better off bringing a cleanser (e.g. Veromos). This will also reduce the pain of Hyanes increasing the duration of your debuffs as well. With that said, you can probably just burst down Hyanes real quickly. However, if you’re having trouble with Mellia or Nisha, there’s no shame in killing either of them before you go for Hyanes.

I hope you all enjoyed this article! How many copies of Hyanes did you all get? As of this article, I’m at floor B8, and I plan on pushing more afterwards. In the meantime, I’m Sara Ann, and I’ll see you in the next article!