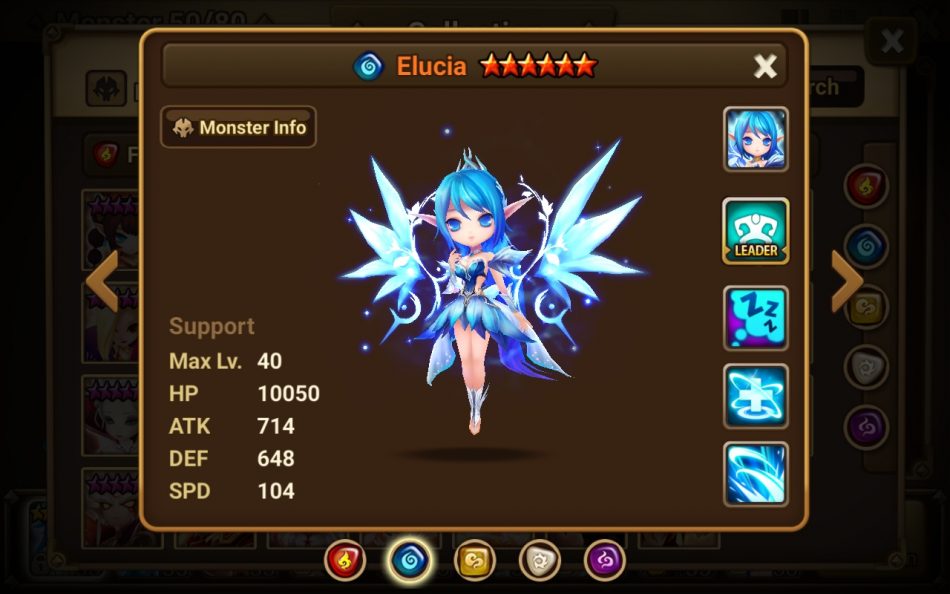 <![CDATA[On June the 13<sup>th, 2019, the Dimensional Hole was finally released after all these years! With it came brand new content, a whole new grade of runes, the Vampire Lord Eirgar (I’m technically lumping him in with the Dimensional Hole update because that’s around the time he got added into the Monster Index), and Secondary Awakenings! I actually went datamining for the first time in order to get the new icons for the Secondary Awakenings, so I was working on adding them to the website, which is why this is so late. But for now, I figured that we could use this time in order to check out the new Secondary Awakenings, which is for certain 2-3 star families to make them stronger and more relevant to the game. So far, there are only four monster families with this – Pixies, Fairies, Warbears, and Inugamis. In this article, I’ll be doing quick first-looks on the Fairies, and how they have improved. Don’t forget to tune in to get my article on the Pixies, Warbears and Inugamis, though. And with that, let’s begin the article! Disclaimer: As of this writing. I do not own any of the Secondary Awakenings except Belladeon, nor am I really factoring in multipliers or skills when fully skilled up. 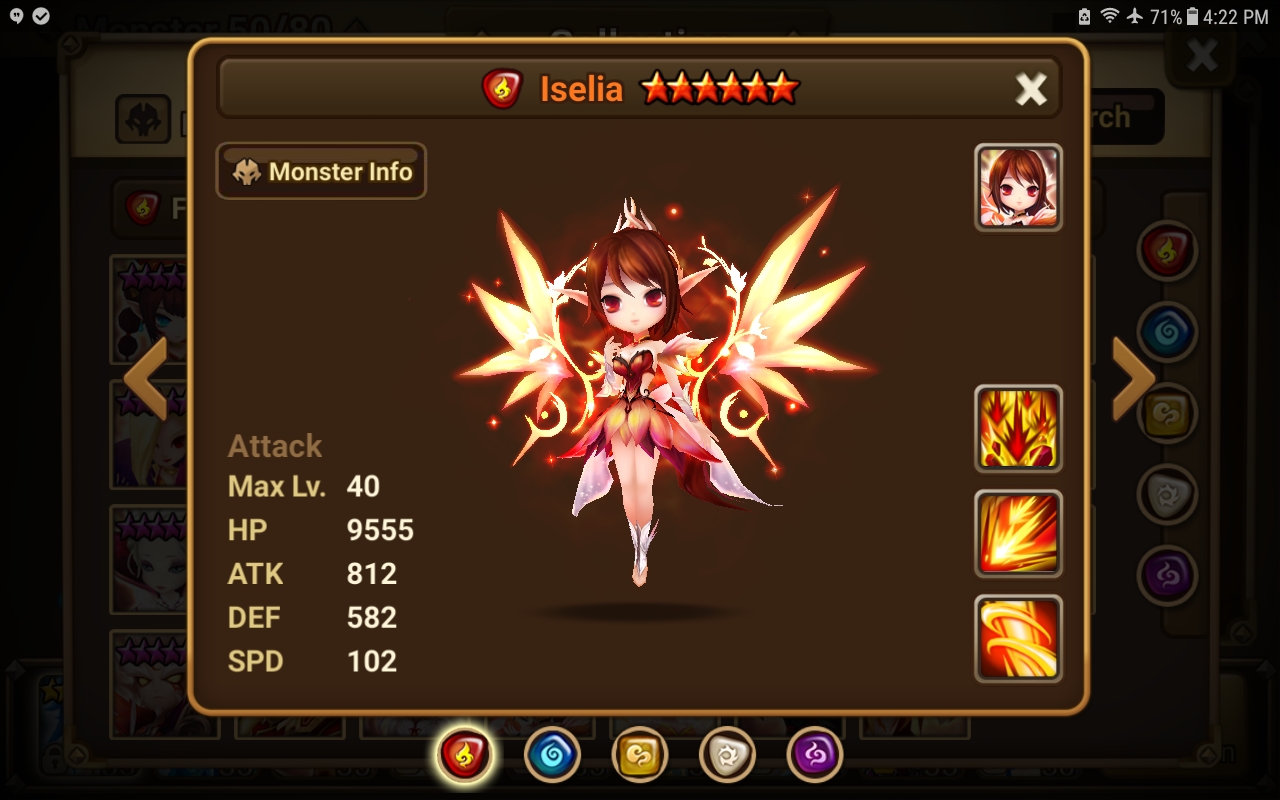 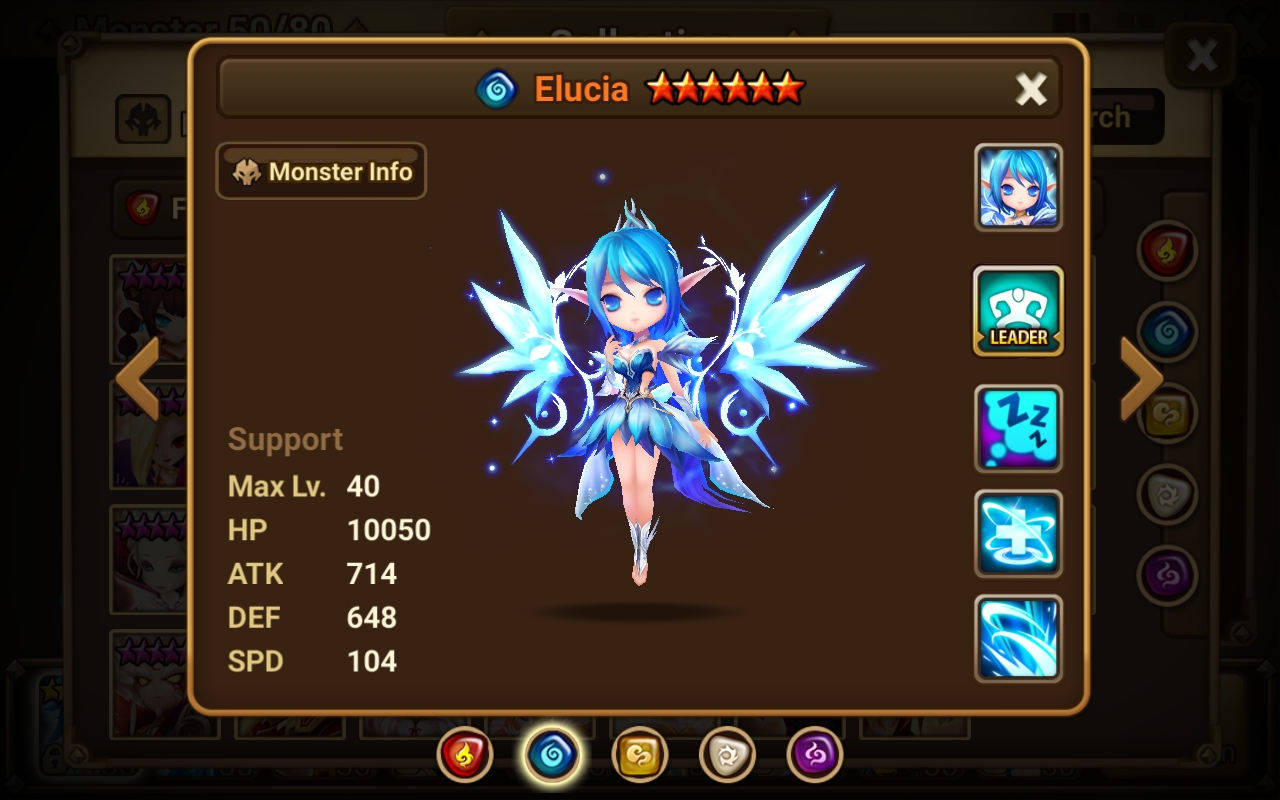 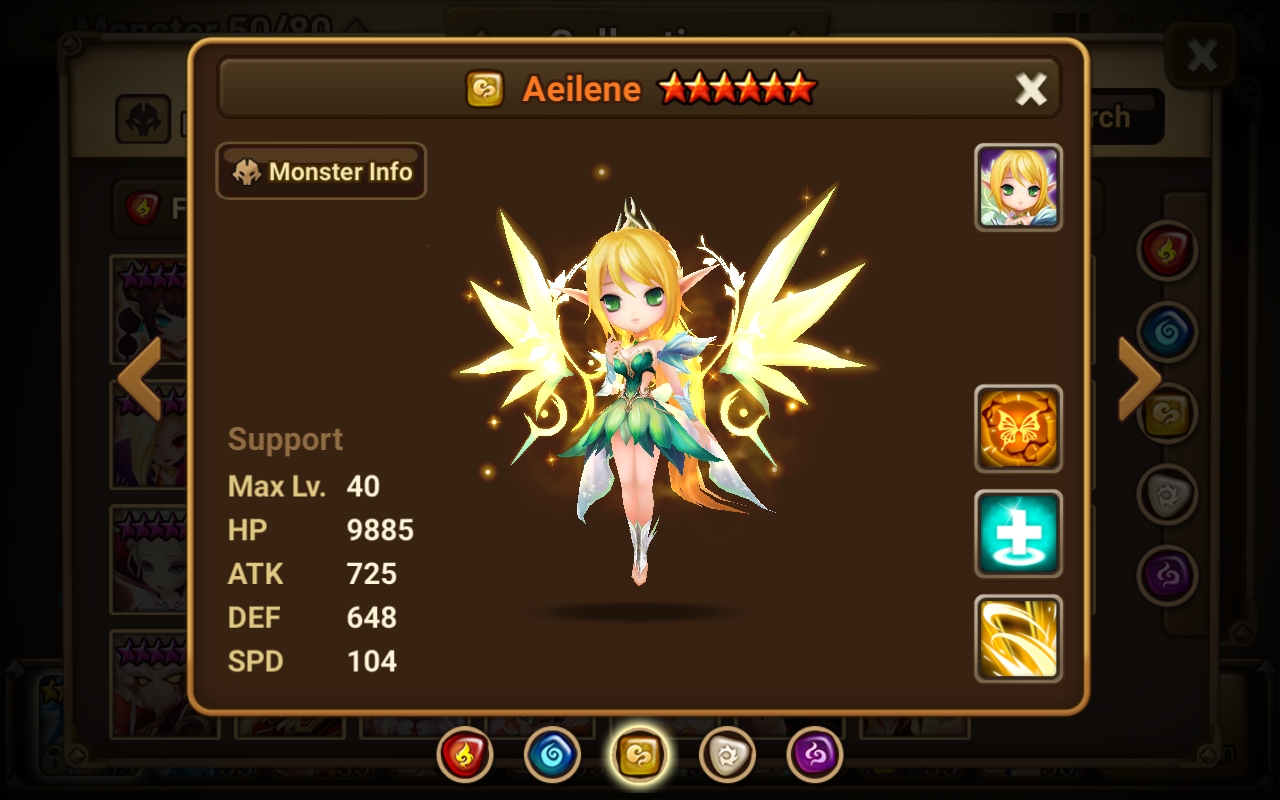 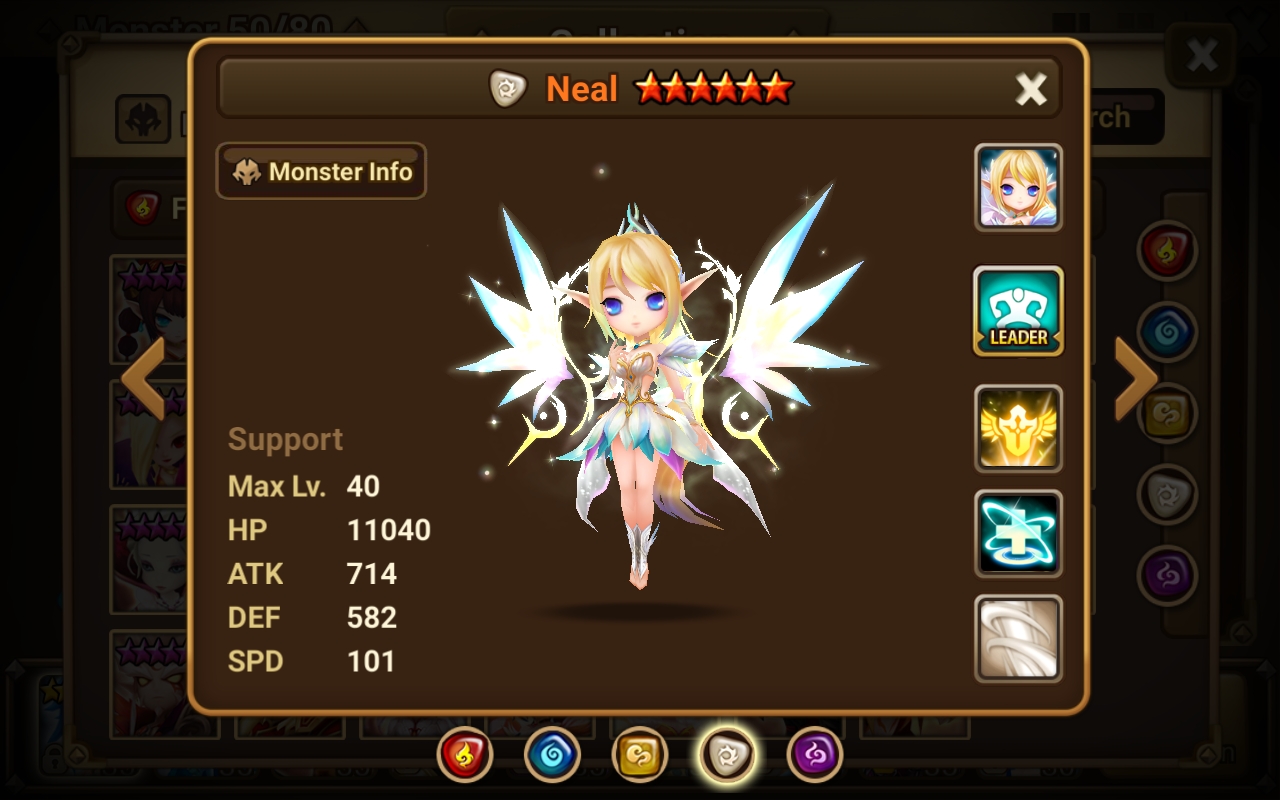 Purify: Removes all harmful effects on the target ally and recovers its HP. The recovery amount is proportionate to the Attack Power. (Reusable in 3 turns). → Removes all harmful effects on the target ally and recovers the ally’s HP by 20% of your MAX HP. (Reusable in 2 turns). This is great for Neal! People always build Neal as an HP monster, mainly for ToAH93 (The Leo/Ragdolls stage) in order to tank the Ragdoll hits. This means that her original healing is going to be horrible, but now it’s based off of her own HP! Holy Shield: Removes the ally’s harmful effect and makes the ally invincible for 2 turns. (Reusable in 7 turns). → Removes the ally’s harmful effect, makes the ally invincible and grants immunity for 2 turns each. (Reusable in 4 turns). Oooh! Neal has always been pretty good in certain situations with Holy Shield, but now with Immunity she can soak up even more hits. Again, the place where she’s most used is the Leo/Ragdoll stage in ToA93 during a Lyrith rotation, because the Ragdolls will automatically target her. Sure, the DoTs they use on her are blocked by Invincibility, but Immunity will just make her automatically resist them too, not to mention that her base stats have massively increased with the 2A. Overall, I really like what they did with Neal. They buffed her enough to still be good, but not changed to the point where she becomes a completely new mon. I’d still rune her Swift + Energy, but instead of SPD/ATK%/HP%, I can swap out the ATK% for HP%. 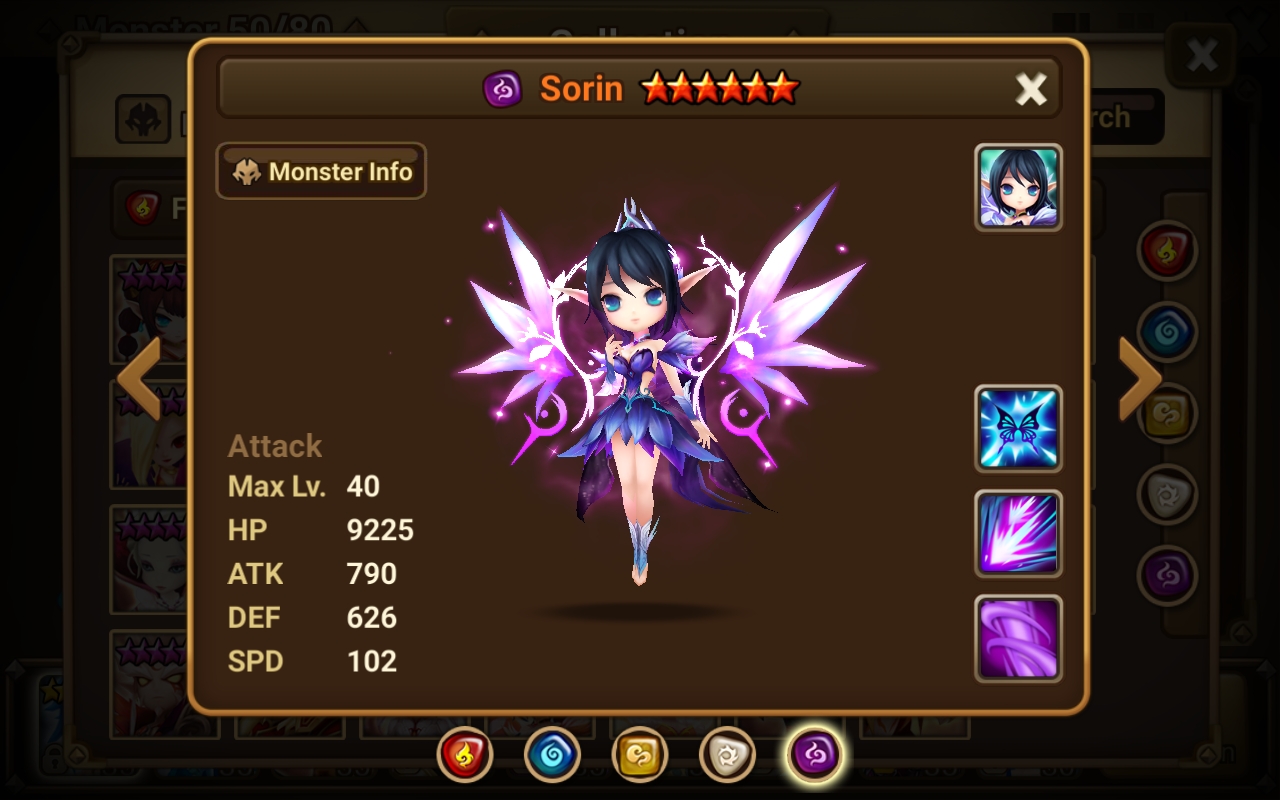