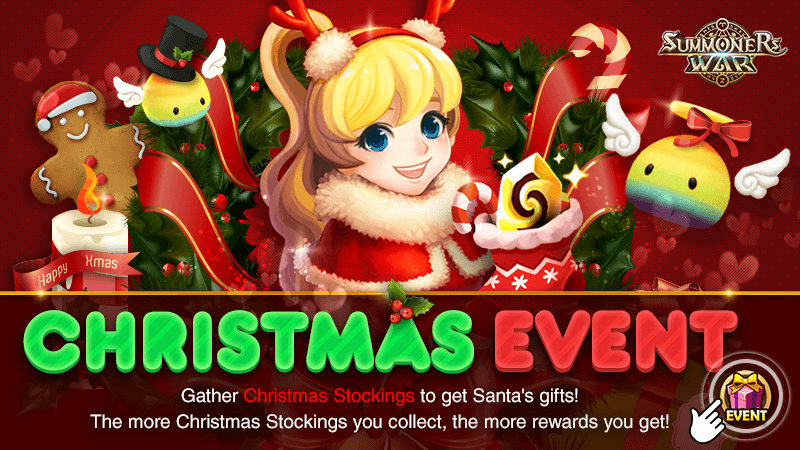 <![CDATA[Hurray, we’ve gotten a new Christmas event; a gift from ol’ Com2uS Claus themselves! I admit, I’m probably way more hyped about this than I should be, mostly because I wasn’t around for last year’s Christmas event (and therefore missed the Winter Campfire…) However, that doesn’t mean I’m not hyped for good reason. I looked at the rewards for this event, and they’re great! With that, let’s begin this article! <h1 style="text-align: center;">About This Event

SO, this event is apparently not like last year’s event. This is your more traditional “collect these things for these prizes” event, like the last one, the Clover Event. This time, we’re collecting Christmas stockings. This is a list of how you can get the stockings: Not really that difficult, eh? Anyway, when you collect 5 stockings, you’ll automatically be given a Mystical Scroll; which is much better than our usual “30 energy per xyz” The event goes on from the 17th to the 31st, so that means for 15 days, you’ll get a Mystical Scroll – perfect for Christmas summons. Already, Com2uS is being generous with giving out more possibilities to get a Nat5 you want. There’s also going to be a rune shop open, where you can, of course, craft runes. I’m not sure if you can use your Christmas stockings that you’ve collected to craft these runes, but I wouldn’t be surprised if you could. (More on the rune shop later on in this article) BUT WAIT! THERE’S MORE! There’s an extra event where, based on how many Christmas stockings you’ve used, you can collect prizes! This is a complete list of all the prizes you can get and how many stockings needs to be used up in order to get them: I like how they’re not instantly giving out a whole LnD Scroll like in most events; this way, people who play less can still have a chance to get an LnD scroll. I won’t say I haven’t had my fair share of all-nighters where I’m farming SW, but if I were a super casual player, it’d still be easy, at this very moment, for me to have a whole LnD scroll, considering I already have 40 pieces.

The Best Runes to Craft 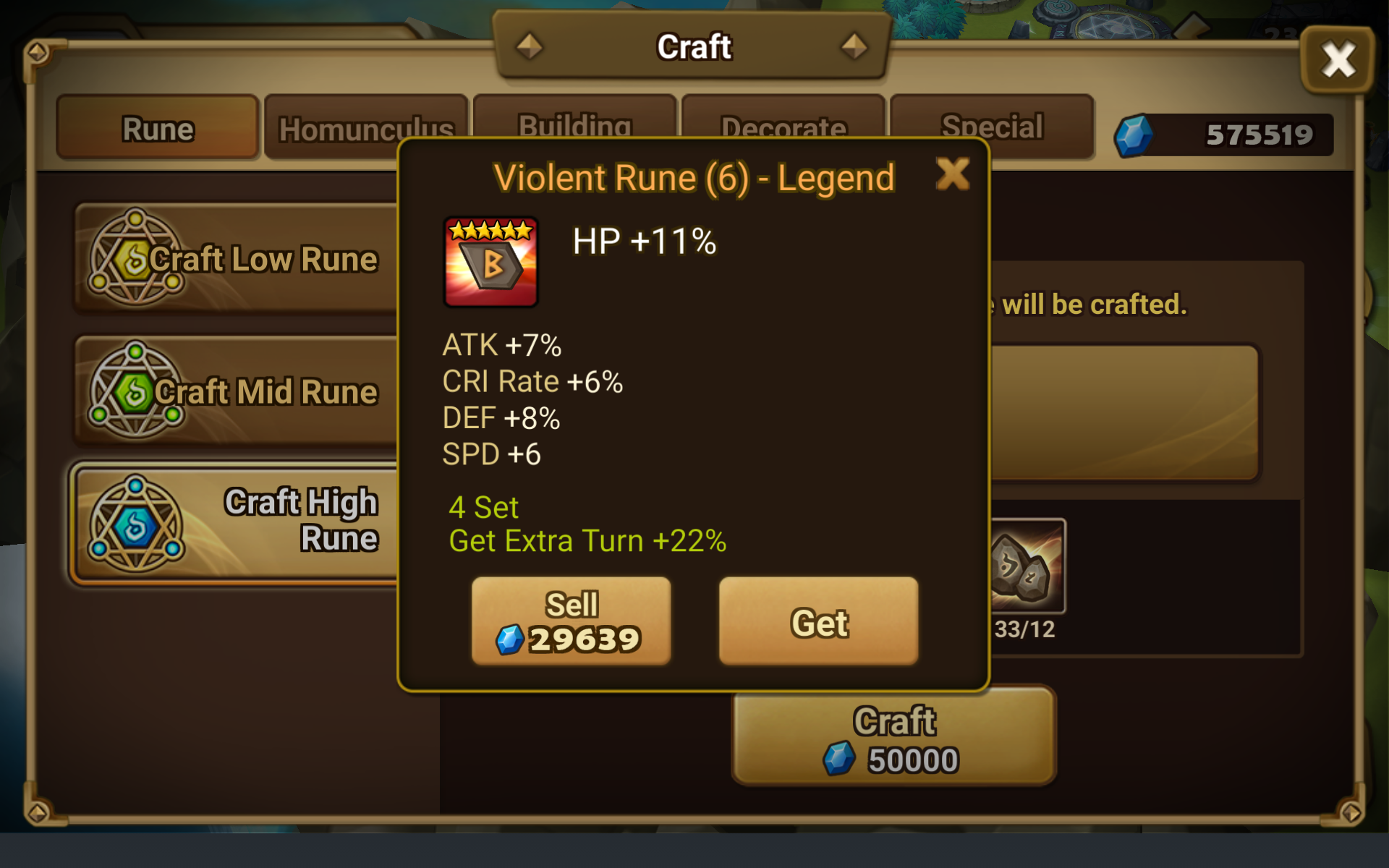 So which runes should you craft during this event? You do have ten chances to get something great, but we all know that’s not going to happen I’m so sorry to put a damper on your spirits, but it’s the truth. Anyway, now that we got that out of the way, I want to talk about the best runes to craft and at what stages of the game would it be best. Early-Game. This stage of the game is when you have just started your GB10 team (or possibly can’t even do that) In this case, Swift or Energy runes would be your best choice at this point in the game. This is because you’re going to need Energy runes for all of your GB10 mons if you want them to live. Swift is going to be used for your Veromos, because the best early-game build for him is Swift/Energy. Here are two things you need to know about the stats of your runes: Mid-Game. This is currently the stage I’m at (as mentioned about a gazillion times in my previous articles) so I would personally go for Violent and Despair runes – even if you can easily get Despair in GB10. I consider mid-game to be around when you get your DB10 team stable and can regularly clear ToAN. I usually go for Violent runes because I still get a few fails here and there in my DB10 team; not to mention some of the most optimal builds for multiple mons once you hit mid/late-game has Violent runes. That also means that Theomars can also become pure cancer and you can give him his Violent runes. Either way, if you also get a bad rune, they actually sell for quite a bit of mana. However, if you’re going to craft runes purely to sell, then go on ahead to the next section and I’ll talk about more. End-Game. This is where my advice might get a little sketchy, because I’m going just purely on what I’ve read up on for this article. Let’s assume that you’re the perfect end-game player – can get well over 40% contribution in R5 (maybe more, I dunno); have 40-second GB10 and DB10 teams and NB10 is around 1:00. Now you’re asking yourself “What runes should I craft?” From what I’ve read, any of the newer runes would be your best bet – Fight, Tolerance, Determination, Accuracy, and Enhance. This is because even the worst flat blue rune you can think of can sell for quite a lot if it’s either one of those five rune types. I don’t have that much insight on them; but I remember a blue five-star Fight rune from World Boss going for around 11,000 mana stones. If you’re short on mana, I’d recommend crafting some of the five new rune types; who knows, you might even find a good rune within the mix!

The Best Way to Clear This Event

So what would be the quickest way to get your daily 10 stockings, not counting your daily login? Well, for every 30 energy you burn up, you’ll collect 1 stocking. Therefore, Hard Dimensional Rifts would be your best bet – but as we all know, that’s energy-burning and inefficient. The best way to clear this event actually depends on what you’re focusing on right now. If you’re working on making your next six-star, then farm Faimon Volcano and Aiden Forest for your 10 stockings. Need better runes? Farm DB10/GB10/NB10 until you’ve burned up 300 energy (or more). There’s really no wrong way to clear this event. That’s all I have for this article; it’s actually pretty sweet and simple. I hope you guys enjoy getting your LnD scroll in the form of pieces; getting 15 Mystical Scrolls, and more. I’m Sara Ann, and I’ll see you in the next article.]]>