<![CDATA[This month’s Hall of Heroes, Aegir, the water Barbaric King; is coming up this Friday, on July the 14<sup>th (It’s currently Wednesday as of this writing. I’m hoping this gets up by Friday.) During January 2017, Hall of Heroes was changed to be easier for the newer people and for those who are complete trash in the game, such as yours truly! Since then, I’ve found it to be a lot easier, as it should be. It also opened up a lot of new techniques to clear Hall of Heroes, as it also allowed you to take reps, whereas the previous Hall of Heroes didn’t. So, without, further ado, here are some efficient ways to farm Hall of Heroes! Keep in mind that I’ll be putting some advice in for newer players and for some end-game players, so if you already know some of these things/are unable to do others, that’s completely fine. Please Note: As of this writing, the Hall of Heroes format has been the post-January 2017 Hall of Heroes. This article may not be reliable if the format has changed since. 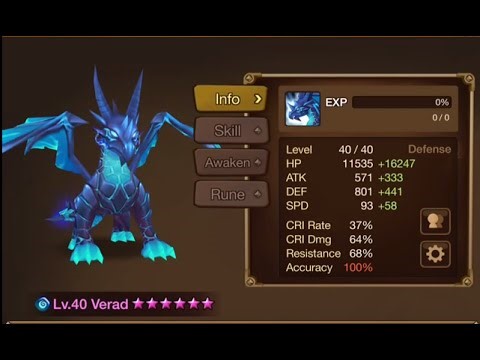 There’s a reason why Verad is called the real MVP, the Most Valuable Player, when it comes to Hall of Heroes. Basically, if you don’t have the water Dragon, Verad, you need to find a friend with a Verad rep as soon as possible. This dragon has two AoE attacks, and it attacks all enemies, instead of something like Lapis’s second skill. Best of all is his third skill, Absolute Zero. He attacks all enemies with a gust of freezing wind, which deals damage that’s proportionate to his defense. It also completely resets their attack bar to 0 and freezes everyone for one turn. His fire brother, Zaiross, is usually considered to be the best of the Dragons, but when it comes to post-January 2017 Hall of Heroes, I consider Verad to be number one. Unfortunately, since last month was a wind monster, the wind Sylph, Shimitae, Verad was at an elemental disadvantage, but don’t worry – we still love him and consider him the king of the new Hall of Heroes no matter what.

A Little Help from My Friends 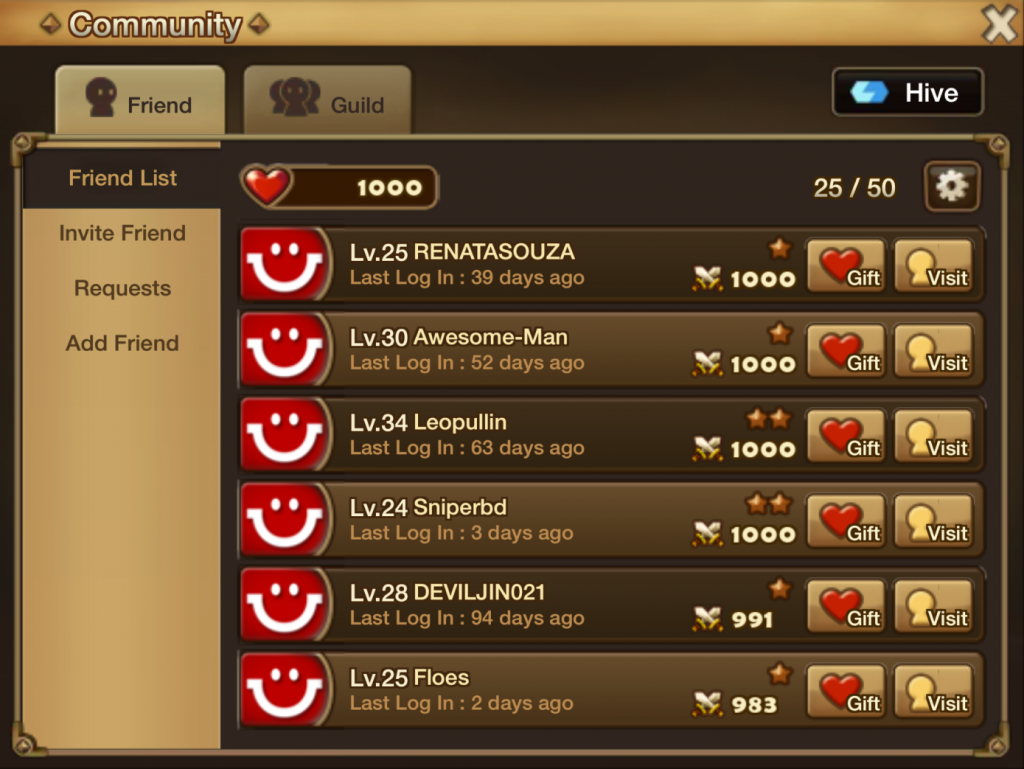 So you don’t have a Verad. I don’t blame you – I don’t have one either; he is a natural five star, after all, so he’s going to be a little rare. Back during pre-January 2017 Hall of Heroes, this was a pretty big problem, not to mention that Verad probably wasn’t the king of Hall of Heroes back then. With this Hall of Heroes, though, it’s no longer a problem. Before, we were unable to take our friends’ reps to the halls with us, but now we can! Obviously, you should have at least one friend who has a Verad rep, but a couple of other safe choices on your friend list should be: Anavel Seara Chasun Lushen Zaiross Of course, there are some people who have any or all of these monsters. I’m not saying that you should go and find some friend reps that do have these monsters nevertheless, or delete friends that do have these reps. It’s generally a good idea, though, to keep them around on your friend list, just in case you find out that you need to replace one of your own monsters because you need a substitute with better runes.

Half of a Blank Slate 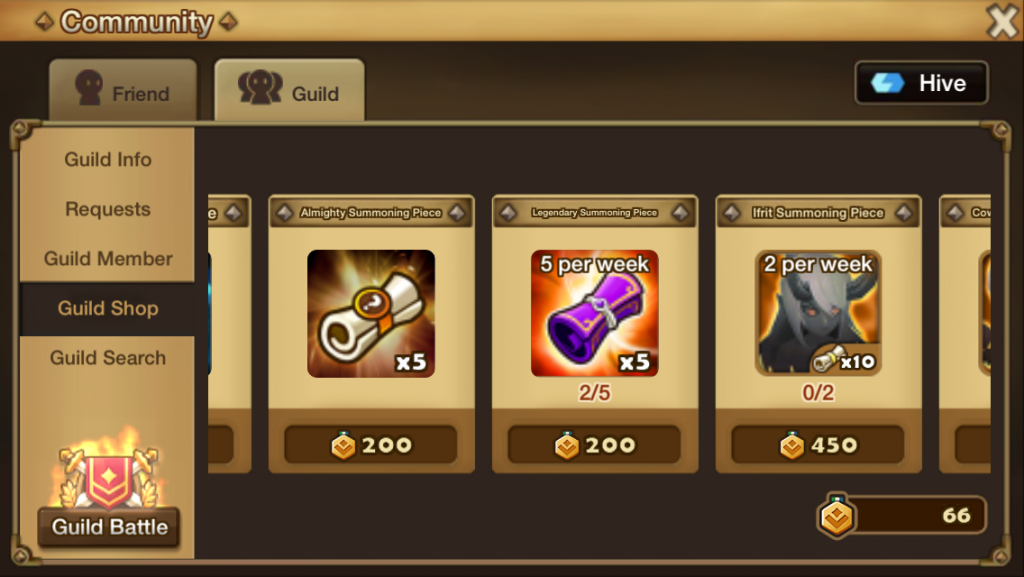 Just like the Hall of Elements, Hall of Heroes will cycle through the elements of monsters per month, so it’s not completely random. After a bit of studying, I’ve figured out the pattern to what monster will be what element and when. Follow me to the next paragraph, and I’ll tell you about what I’ve found. January 2017 was the beginning of the new Hall of Heroes, starting with Barque, the wind Pirate Captain, otherwise known as Galleon and Frigate skill-ups. This was also the month that I rejoined the game and appreciated it more, but that’s irrelevant. February was Sian, the water Joker, otherwise known as Lushen skill-ups. When March rolled around, reddit decided that this month’s Hall of Heroes was going to be either Hwahee or Jun. Frankly, I was hoping for Hwahee. In the end though, Jun, the fire Samurai was Hall of Heroes. April had two Hall of Heroes, actually. One of them was 3rd Anniversary Hall of Heroes, so I won’t be including that, due to the fact that it was basically one dungeon per element and we got to pick what monster we were going to farm, and 99% of us picked Dias, the dark Death Knight. The main Hall of Heroes, however, was Icasha, the light Undine. May was the month that my friend got really upset, because it was Karl, the dark Neostone Fighter. He was upset because that was the first monster he got from lightning on a Light and Dark scroll, the second being Artamiel. Now that’s last month was June, we’ve come full circle, and we’re greeted with Shimitae, the wind Sylph. TL;DR: wind → water → fire → light → dark → wind 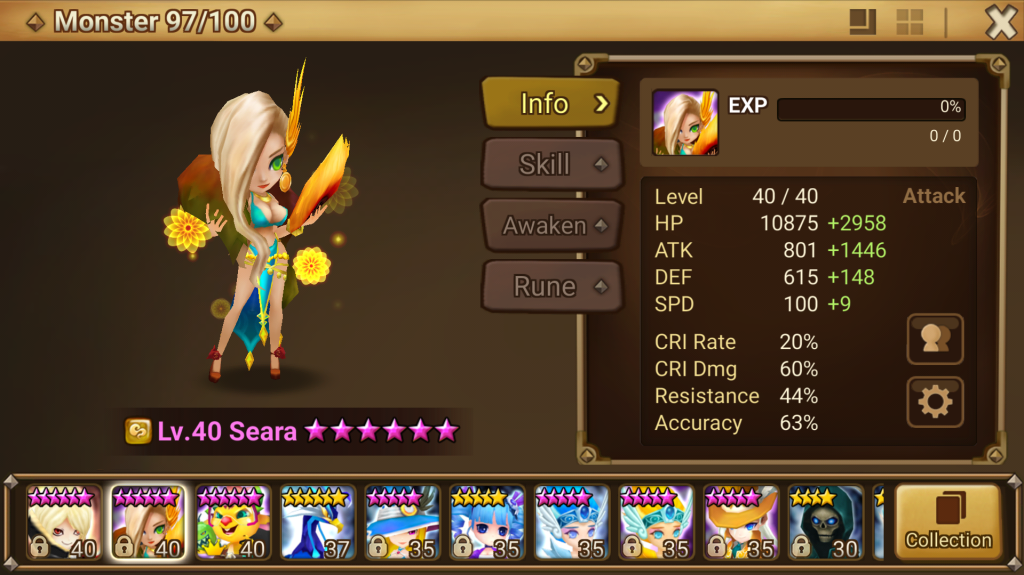 Let’s not kid ourselves; bomber teams are great in pretty much everywhere. In fact, just recently, there was an article published on this site called “Bomb Squad Assemble!” and it details how to properly set up a bomber team. I highly recommend that you check it out. Another place that bomber teams are great is Hall of Heroes. When you’re at the boss, you can strategically place a few bombs on it and its minions and if you have Carrack/Seara, you can easily detonate them all, which causes massive damage to all enemies that have said bombs placed on them. Unfortunately, I don’t have a bomber team myself (Just a friend with a Seara rep), so I can’t talk about the full experiences. I hope some of my advice helped, as I am super excited for this month’s Hall of Heroes. I’m Sara Ann, and have fun getting your Aegir(s), because I’ll be seeing you in the next Top 10 List!]]>