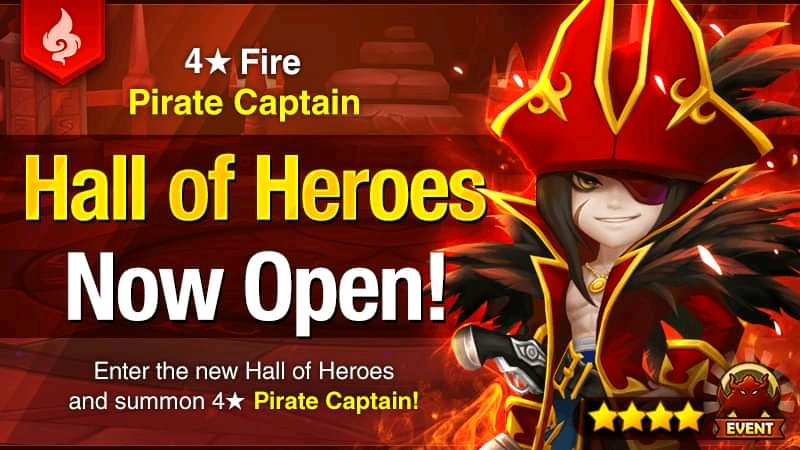 On Wednesday, March the 9th, 2022, the Carrack (fire Pirate Captain) Hall of Heroes was announced. Carrack is actually pretty decent, but only in the right kinds of teams; namely, teams that focus heavily around bombs.

Depends on what kind of team he’s in. If you can set him up in a way that Carrack can take advantage of his crewmates’ capabilities – specifically setting up and detonating bombs – then he’s really good. Unfortunately, he doesn’t have any skills by himself that can place bombs on the enemies, so he relies on his teammates to do the set-up for him.

However, his s3 does work super well – it’ll instantly detonate any bomb effects on his target, reduce the duration time of any bombs on the other enemies by 1 turn, and then instantly grants himself another turn if he set off any bombs. 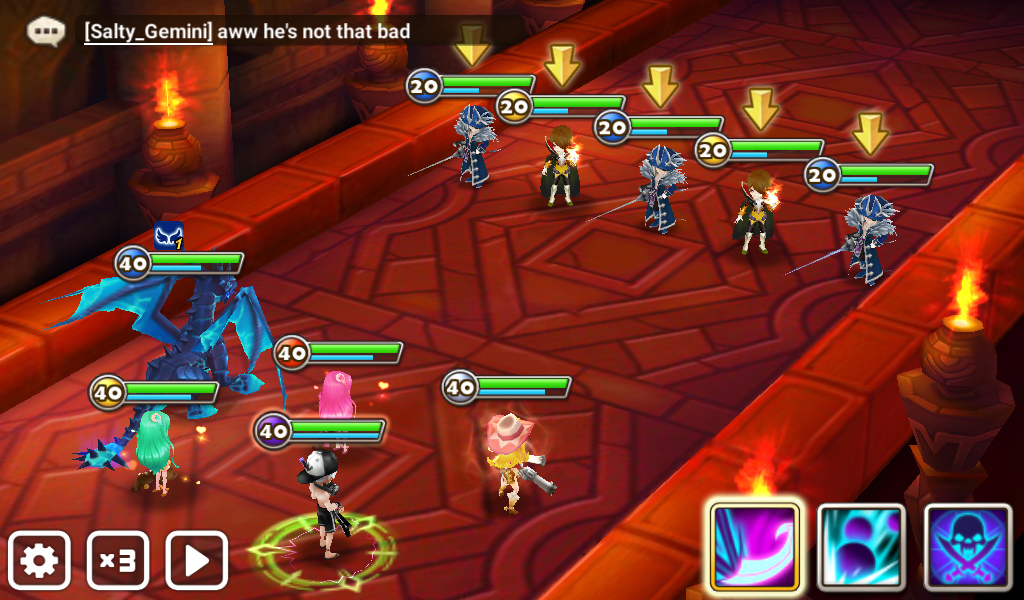 The Threat: Althoguh Argen has the most damage, Galleon sets him up to cause even more with his s3, which decreases enemy defenses and increases ally weapons. Argen just has a lot of single-target damage to watch out for.

The Solution: Either going for Galleon or Argen first will work well. Galleon-only means they don’t really do a lot of damage, and Argen-only means that they don’t have Galleon’s s3 on their side. Either way, it’s a win-win, and it depends on which one is giving the most trouble. 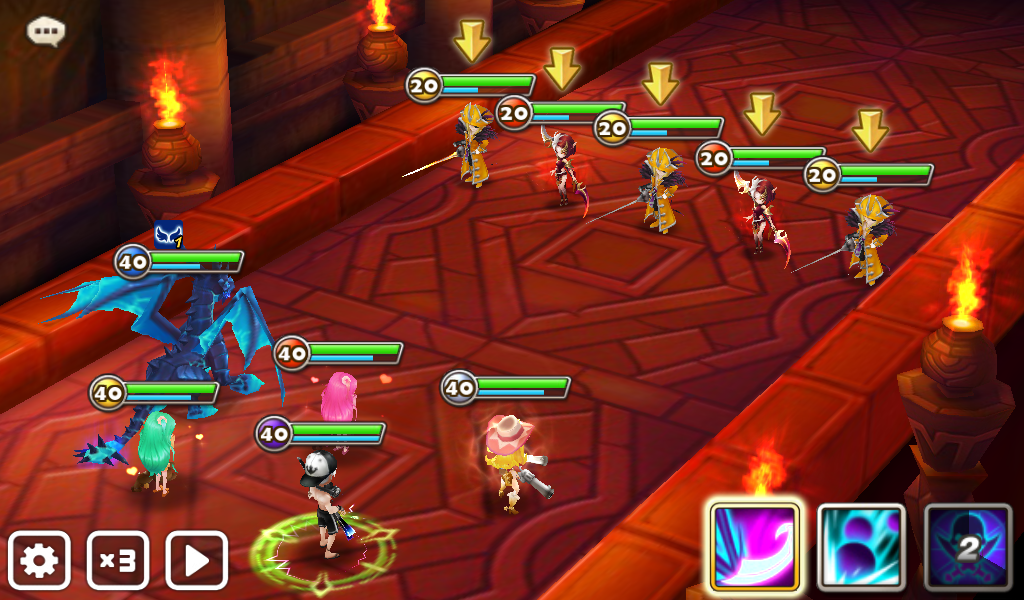 The Threat: I’d say that Barque is the bigger threat here. His s3 is quite literally a combination of his s1 and his s2, meaning that they have the exact same multipliers. It’s like if he did his s1, got an extra turn, and followed it up with his s2. But it’s all in one skill. Berenice, though she has an AoE attack bar increase for you to watch out for, also has some AoE damage, but it’s not nearly as scary as Barque’s damage.

The Solution: Go for Berenice first, so this way she can’t enable Barque to deal more damage. Granted, you’ll still have to watch out for it, but it’s not going to be as bad as if she pops off her s3. 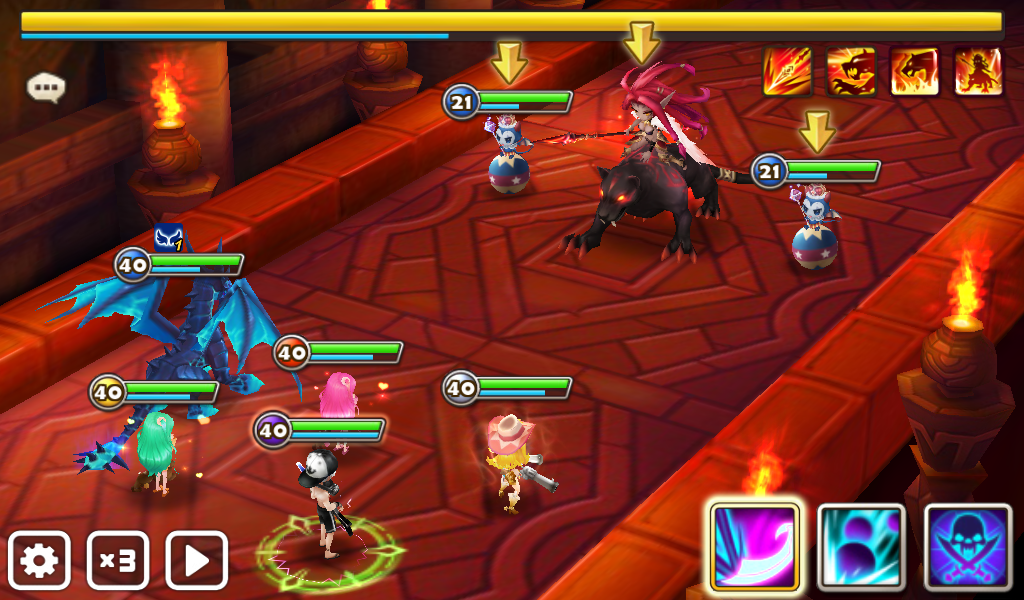 The Threat: The threat here is going to be Masha. While Orion is RNG-heavy and can completely screw over your team, Masha has really good speed-based damage and increases her Attack Bar increasing-effects by 50%, while also decreasing Attack Bar decreasing effects by 50%. She also needs to be killed again after the first time, because she dismounted (granted, she’s much squishier now).

The Solution: Just go straight for Masha. There’s no point in killing Orion unless he’s actively making your runs fail, and Masha will let you pass through once you kill her both times. 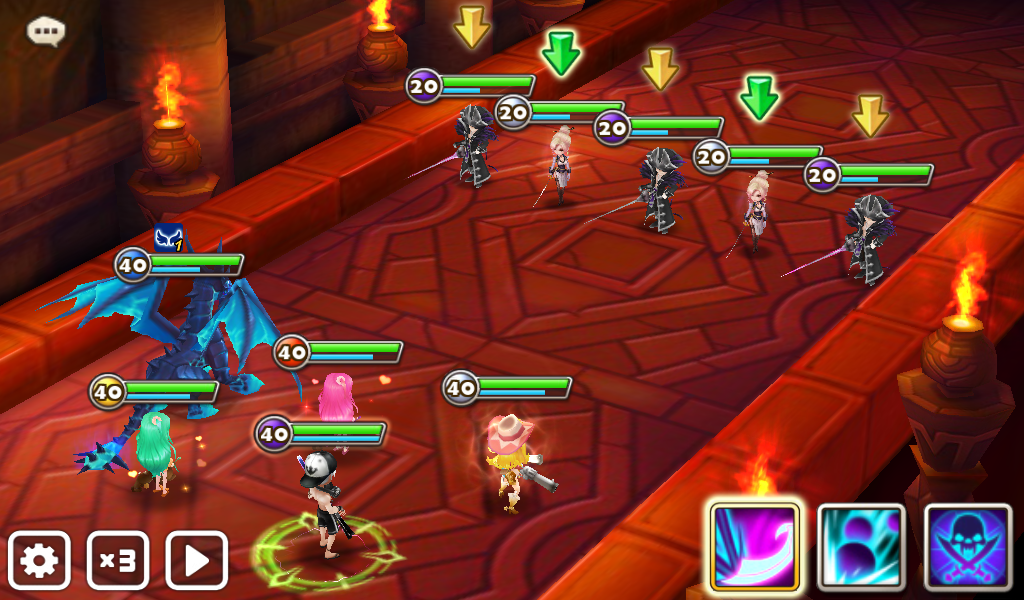 The Threat: The threat here is going to be Frigate here, for sure. Although Illianna can grant immunity, shields and invincibility (along with some damage, but that’s not the main focus of her kit), Frigate enables her by increasing everyone’s Attack Bar by 50% and decreasing their cooltimes by a turn. I would know, I have one myself.

The Solution: I’d probably say go for both Illiannas first. The Frigates can all pop Full Speed Ahead on themselves, but apart from a random 3-hit attack that can stun they don’t have much else to offer in terms of damage. 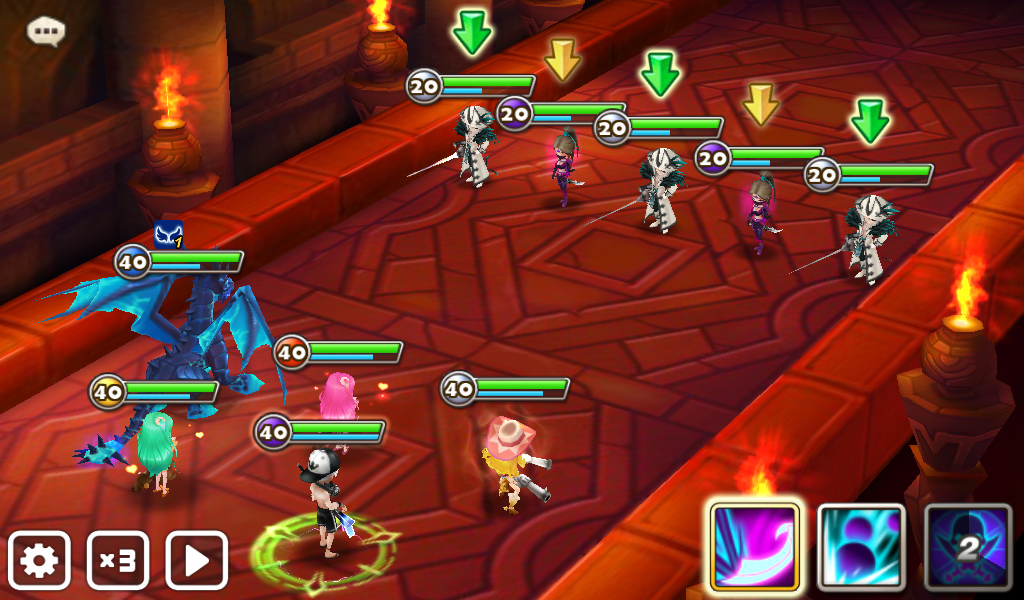 The Threat: I’d probably say they’re both something to watch out for, especially because of how good their single-target damage is. They can both end up completely taking out or disabling one of your units, and unless you have a good healer/reviver on backup, you’re going to have a really bad experience.

The Solution: You can work on individually picking the units off as long as you make sure no one else gets a turn. No one really has a “punishes you for taking a turn” skill; all you have to do is keep their Attack Bars below 100% while you deal with them one at a time. 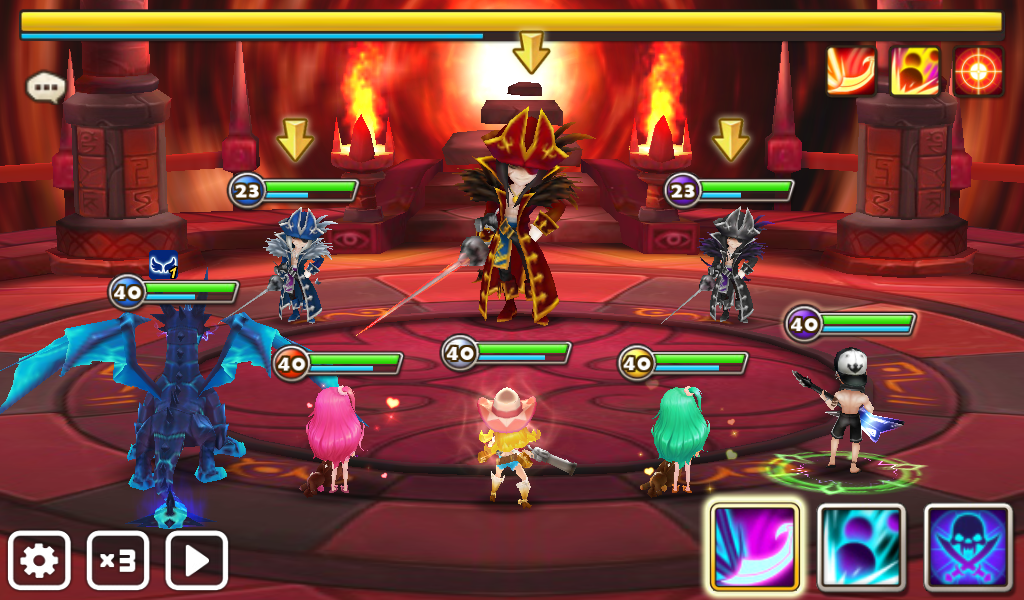 We’re at the boss stage now! We’ve got a Carrack, and two other Pirate Captains.

The Threat: The threat here is going to depend on who’s with Carrack (do note, however, that none of the Pirate Captains can plant bombs on one another, so you’re good on that regard). In this case, Galleon and Frigate are going to set up Carrack, which will cause him to deal more damage.

The Solution: Personally, if this were a harder stage, I would say take out Galleon first, and then go for Frigate. As someone who actually does have Frigate, I can safely say that, while he is good, Galleon greatly increase the amount of damage his teammates do, and Carrack’s s3 multiplier is painful.

I hope you all enjoyed this article! Did you all get your Carracks? Let me know in the comments down below! I’m up to B6 myself before I stopped to write this. In the meantime, I’m Sara Ann, and I’ll see you in the next article!