Guild Wars is another fun event that Com2uS has added to Summoners War. Guild Wars can be accessed by heading over to the Isle of Conquest. 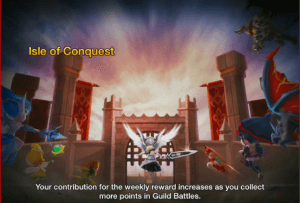 Sundays are guild preparation days. Only the Guild Master or Vice Guild Master are able to setup the Guild Defense and decides who participates in the offensive battles. 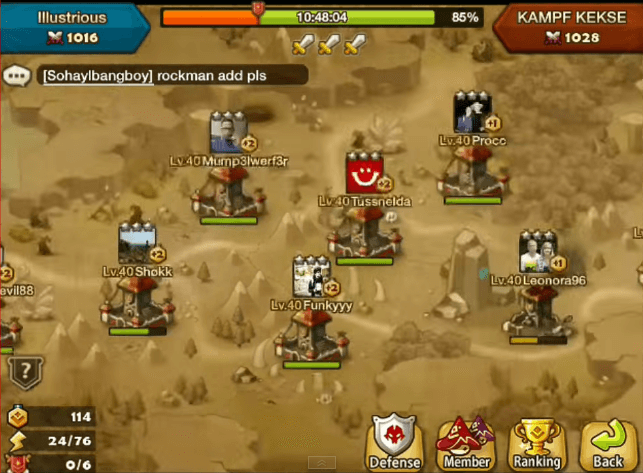 Guilds are also given 6 chances to enter a guild battle.

Any members that did not setup their defense are not eligible for Guild Defense. 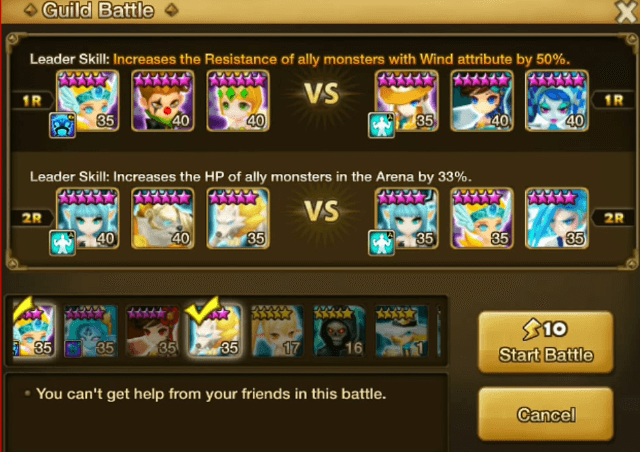 During the siege, attacking members have to set up 2 teams of 3 monsters. You will be fighting two 3 vs 3 battles against other guilds. When war is declared on a guild, the attacking member can fight 3 times. You cannot attack the same defender twice.

A draw will cause the enemy guild to lose 5% HP.

Other Things You Should Know

You cannot use 2 of the same monsters in offense or defense. Only 1 of each type is allowed. You can switch out your defense and make changes at any time.

When one of your monster dies, they are effectively out of the guild battle until the Guild Master declares war on another guild. So be sure to keep your most important monsters alive.

All battle history can be checked on the Battle Log.

Bonus 1-3 Points: Based on guild ranking

You win when your guild manages to drop the opponent’s guild HP by 70% within 12 hours. Guild Masters can also surrender if they know they will lose. The guild points are calculated in a very similar fashion to the arena points. 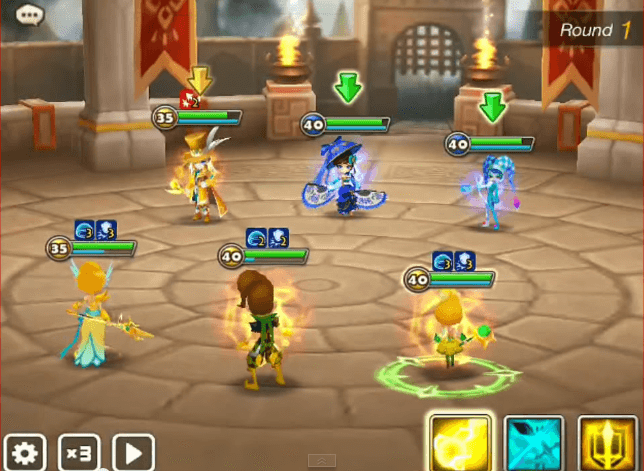 Tanky, healing and revive monsters are highly favored in Guild Wars Defense due to them being able to survive longer and outlast your opponent. If you have Chloe, Chasun, Mikene, Megan or Arnold, your defense line is going to be annoying to deal with.

Gauge the enemy and see if you can beat them easily. If you know you are going to lose a few members, do not fight them. Losing important members during the first battle will cripple your ability to fight in the next 2 battles.

Another option is to have a reviver on the team so dead members can be revived.

I recommend you get the 4-Star Max Rainbowmon every week. The rest is based on what you want or need.  If you like Ifrit, then get the Ifrit Summoning Piece. For those interested in how the Almighty Summon Piece works, check out F2p gaming’s video: