<![CDATA[On Friday, April 12th, 2019, the 2019 Anniversary Hall of Heroes was announced! This Hall of Heroes event is different from the rest, because we can actually revisit five previous Hall of Heroes monsters. Our choices this year are Lexy (fire Assassin), Rigel (water Lich), Olivia (wind Neostone Agent), Conrad (light Death Knight) and Tilasha (dark Undine). Because I want to make sure I can give you advice no matter which Hall of Heroes you picked, I decided I would use my main account and four alternate accounts, all of which chose a different Hall of Heroes. Each of the different Hall of Heroes monsters will get an article of its own. This account is alternate account 3, and here I picked Lexy. Before we begin, Hall of Heroes is a lot like Trial of Ascension, so that means you can use Trial of Ascension strategy and monsters (e.g. attack bar pushbacks, stuns and continuous damage are king). I strongly advise bringing your regular Trial of Ascension team. Let’s cut the chatter and get on with it! <h1 style="text-align: center;">Is Lexy Usable? LOL no. Don’t even try to use her. I know, I know, she’s one of the only monsters in the game with a passive that reduces the damage all her allies take, but at the same time she halves the healing that everyone in the battlefield (not just her enemies) receive. Is that REALLY worth it for 15% damage reduction? The answer is no. No it is not. 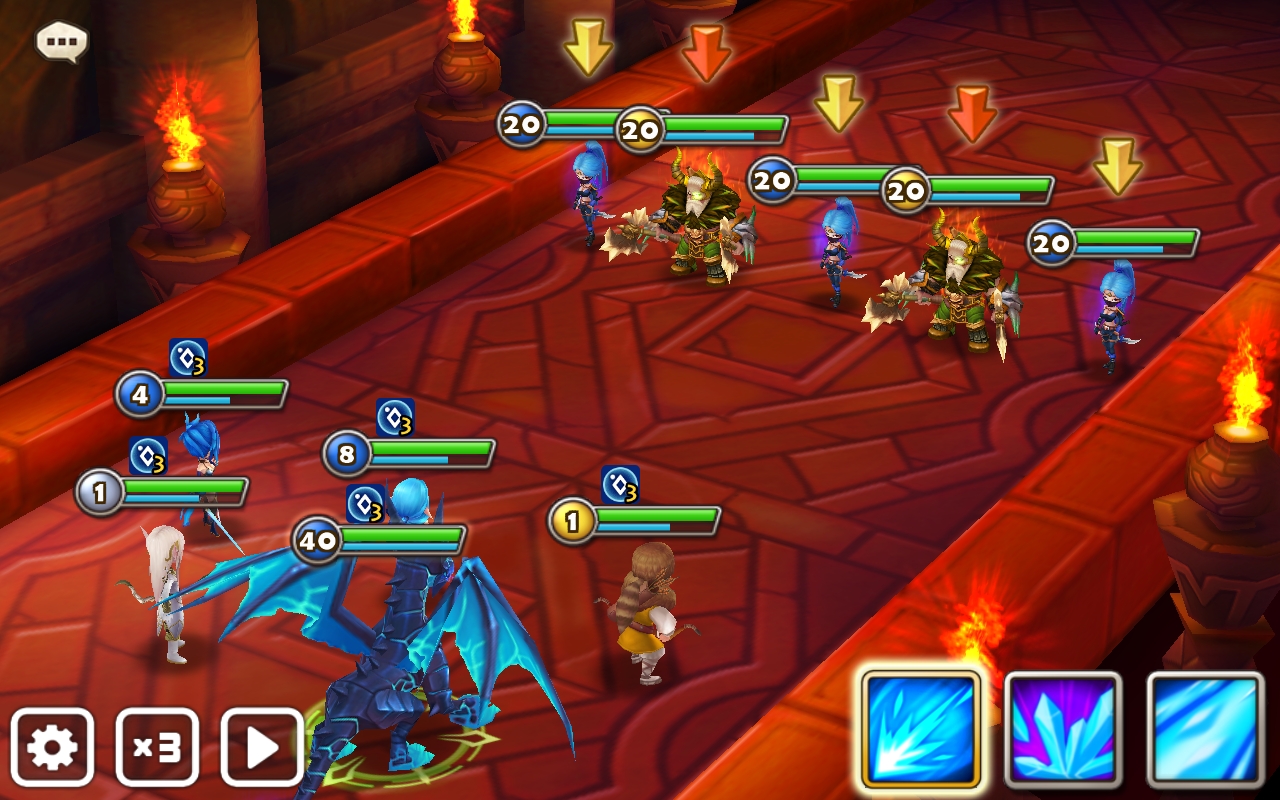 Today, we’re gonna start this Hall of Heroes off with three Stellas (water Assassins) and two Hraesvelgs (wind Barbaric Kings). The Threat: I’d definitely say Stella was a threat. She was used in speed DB10 (along with many Tarqs) before the release of the twins, mainly because they required less rune stats and did basically the same thing Stella did, but better even with those lesser runes. That doesn’t mean that she’s bad, though; merely that she’s outclassed now. Of course, with Hall of Heroes, even the worst monster in the game can become a massive threat, so watch out for Stella. Her third skill can deal up to 7 hits (10% attack bar decrease per hit) depending on her speed. Her first skill is a 2-turn defense break, and her second skill has Brand and Silence, all of which are essential debuffs. Hraesvelg’s someone to watch out for, too. His third skill, Resentment, attacks all enemies twice, increasing the attack power and attack speed of all allies for 2 turns. When this attack is on cooldown, his own speed increases by 35 and he’ll recover 10% HP every turn for each turn Resentment is on cooldown. The Solution: Take out Stella first. She really shines when she’s fast. It’s been figured out some time ago that the minimum speed that she needs 224 speed to hit all seven times, and when you get up to the higher levels of HoH, I think the mons become around 230 speed. I’m not sure where I heard this, so it may not be correct, but it’s best to be safe. I’m not expecting you to be able to outspeed the monsters every time; when you’re new, a lot of things are faster than you. I’m saying you need to get tanky and try to take out Stella every chance you can, whether that means killing her or stunning her. You do not want her to get a turn with her third skill. That includes Hraesvelg, too. He is a massive threat, and could kill everyone if you’re not careful. Keep him stunned while you take out Stella, and then when she’s dead, you take him out. With that, we can move on to stage 2! 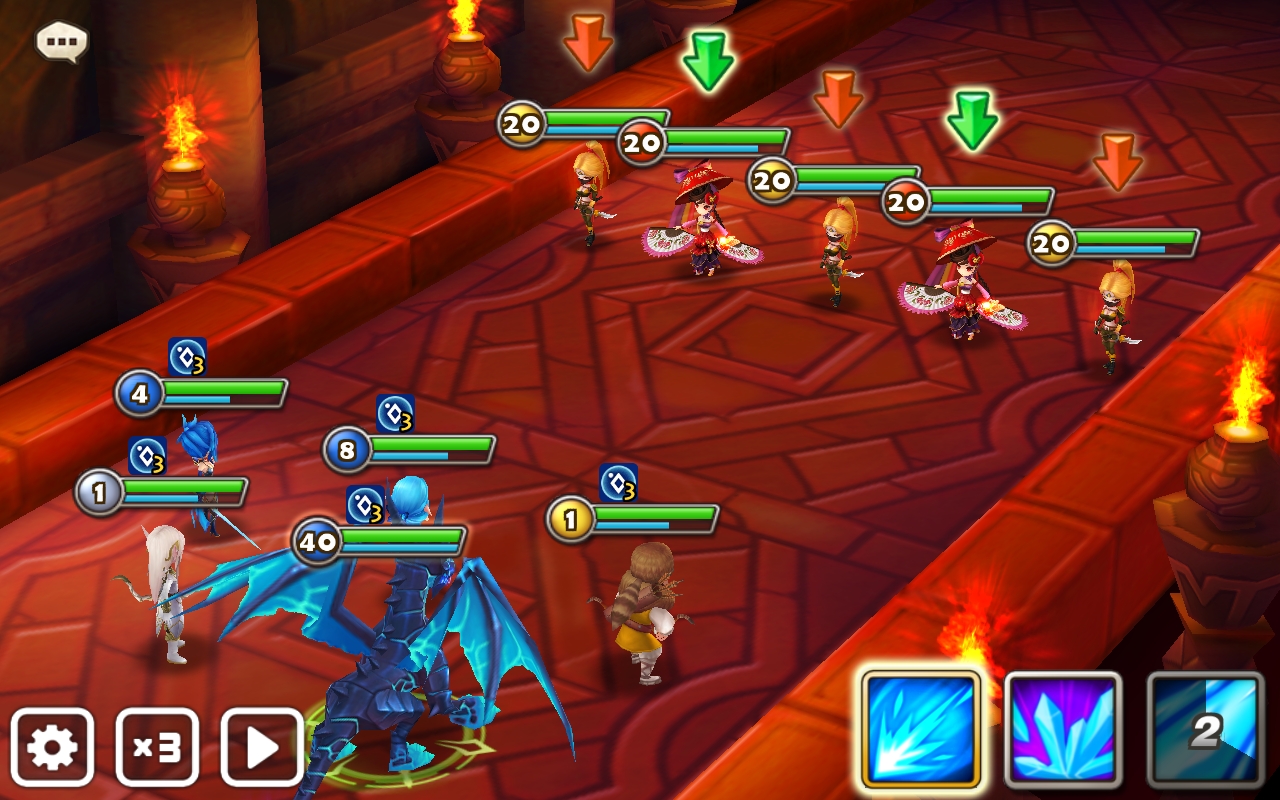 Welcome to stage 2. Here, we have three Tanyas (wind Assassins) and two Hwahees (fire Sky Dancers). The Threat: So which of these two lovely ladies can kill you faster? I’d probably say Hwahee.  Tanya’s got the second skill Capture Opportunity, which buffs her attack power and critical rate for 2 turns and also instantly grants her another turn. She’ll usually follow this up with her third skill, Shadow Assault. Now, Shadow Assault attacks an enemy and blocks their healing for 2 turns. If she kills someone with this attack, however, she’ll instantly reuse it on another enemy. Thankfully, it only works on the first attack, so she can’t go on an infinite killing spree. Hwahee, however, can go murdering everyone if she wants to. Her third skill, Pride Will Fall, attacks random enemies up to eight times, and will instantly become reusable if she kills someone with that skill. The Solution: Kill Hwahee first things first. Did I mention she can also heal? Her second skill, Amuse, will heal everyone based off of her attack power and also increases everyone’s attack power for 3 turns. It’s not fun to watch her kill someone with Pride Will Fall, then heal her allies. Therefore, it’s best to kill her first, while you keep Tanya stunned. We can now safely move on to the miniboss! 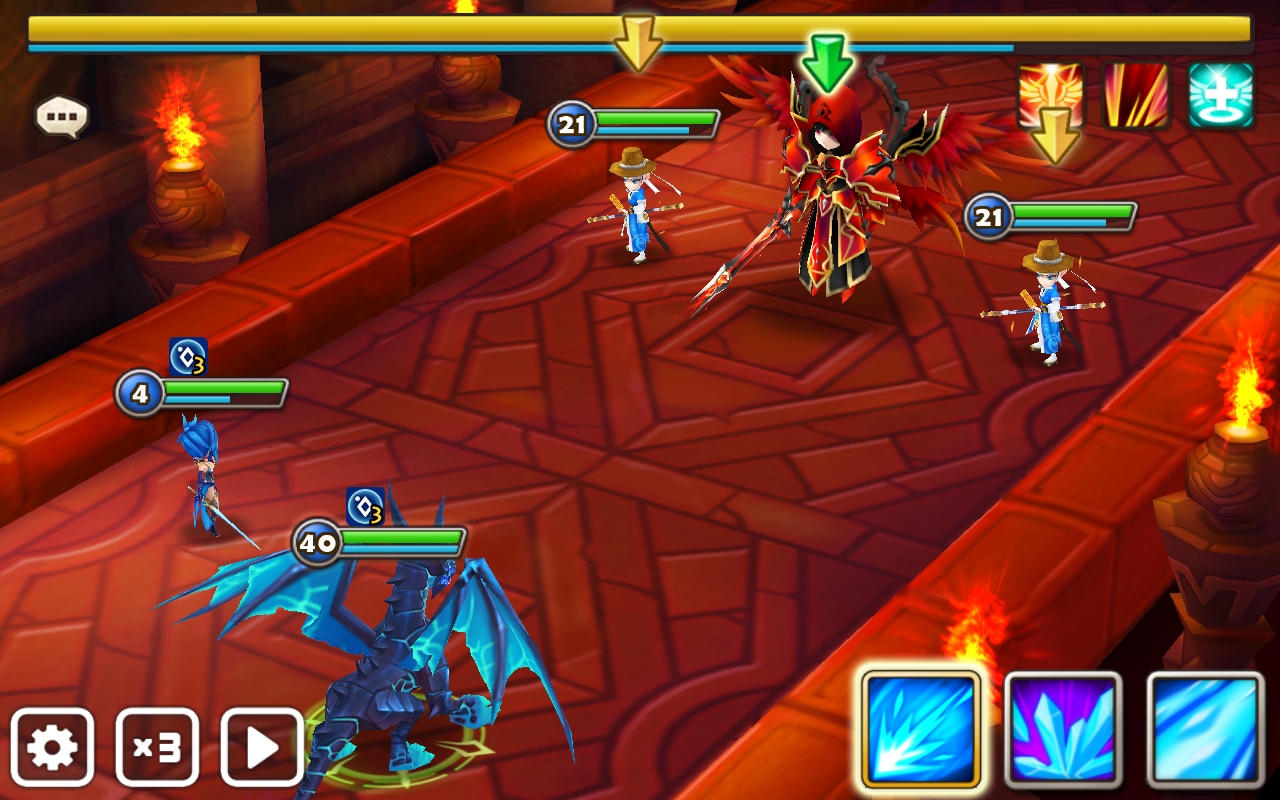 Miniboss time! Here, we have Velajuel (fire Archangel) and two Gildongs (water Taoists). The Threat: I’d definitely say Velajuel is a big threat. His third skill, Sanctuary, removes all harmful and inability effects off of everyone, and then grants them Immunity for 3 turns. I actually really want a Velajuel; he’d be pretty useful in DB10 and as an Arena Defense mon. Gildong, meanwhile, isn’t someone to be ignored either. His second skill, Angry Wave, attacks all enemies twice; decreasing their attack speed for 2 turns but if they’ve already got slowdown on them he will stun them for 1 turn. His third skill, Destruct Evil, meanwhile, attacks an enemy four times, breaking their defense for 2 turns with each attack. The Solution: Kill Velajuel. This not only gets rid of the Immunity threat, but you’ll also be done with the miniboss, because you don’t have to kill the lackeys anymore in order to proceed. With this, we can move on to stage 4! 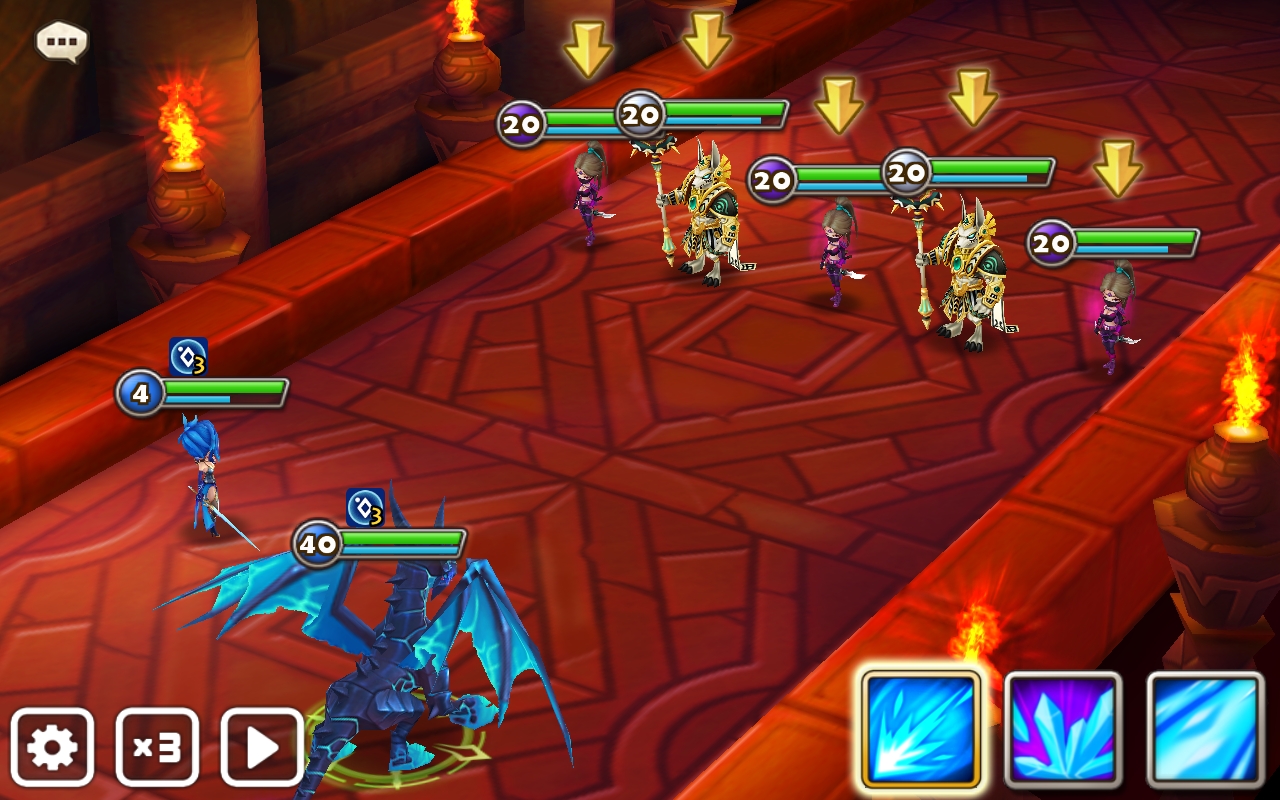 Here, we have three Isabelles (dark Assassins) and two Amarnas (light Anubises) The Threat: Isabelle is the one who could easily kill you, but Amarna is a massive threat. Did you know that most people call him a nat6 in disguise? That’s because his kit is overloaded. His third skill, Secret of Eternal Life, cleanses all harmful effects off of his allies, and then heals them by 30% of his max HP. He’ll also revive all dead allies with 30% HP if there are any dead allies, but his skill’s cooldown will be increased by 2 turns for each fallen ally that gets revived. It’s crazy. Isabelle, meanwhile, is a really good single-target nuker. With her third skill, Endless Death, she’ll attack an enemy and instantly recover a turn if she kills said enemy. However, Endless Death will also become instantly reusable if anyone on the battlefield dies while it’s on cooldown. The Solution: Kill Amarna first. You know me and how I always tell you to go for the revivers first. Well, this is no different. Make sure you keep Isabelle stunned too while you work at Amarna, and when everyone’s dead, then you can move on to stage 5! 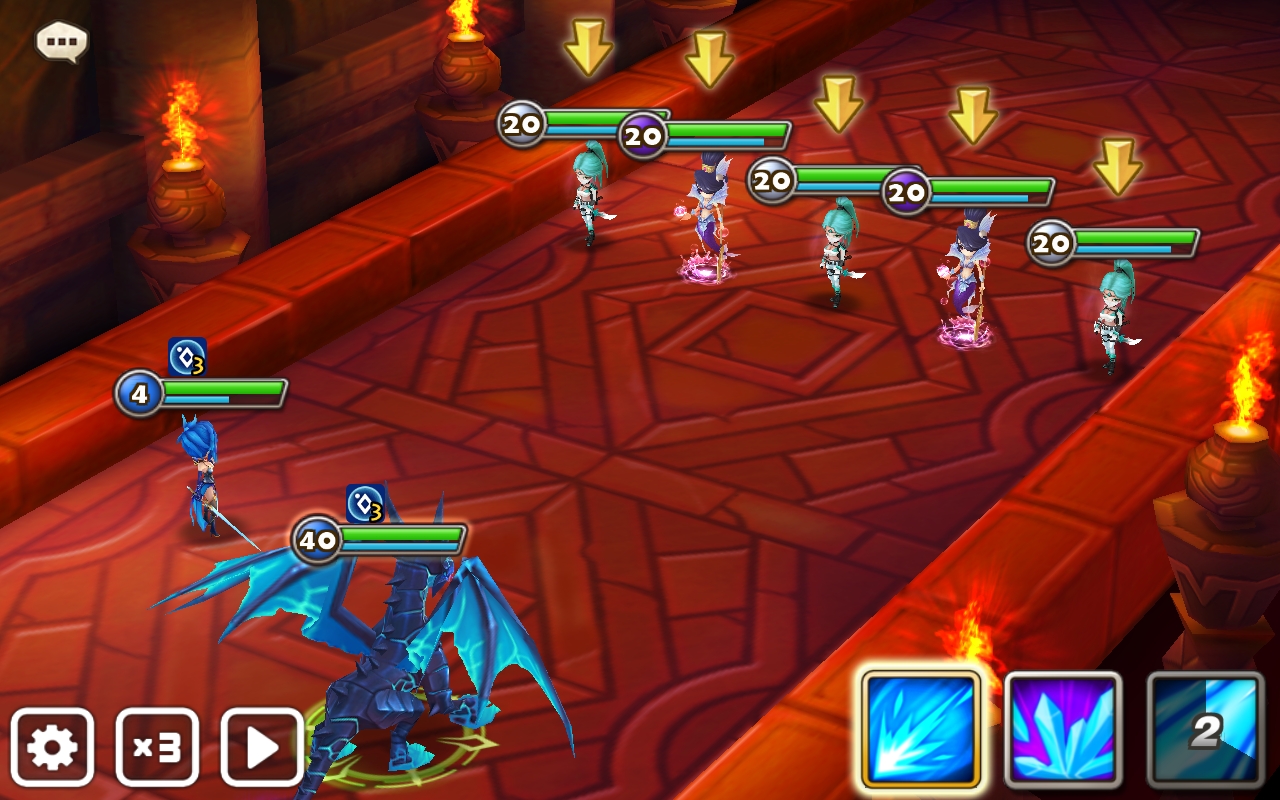 It’s the final stage before the boss! Here, we have three Natalies (light Assassins) and two Bettas (dark Mermaids) The Threat: Betta is definitely a threat, that much I know. She can’t kill you, but you’re dang right she’s got an overloaded kit. Her second skill, Grant Life, will heal an ally by 30% of their HP and also recover their attack bar by 30% as well. However, she can also revive a dead ally with 30% HP, but at the cost of 3 turns being added to Grant Life. That’s not what makes her so great, though – her third skill Serenity heals everyone for 15% of their HP, decreases their chances of getting hit with a critical hit for 2 turns, and makes then immune for 2 turns as well. Natalie, meanwhile, has the third skill Silent Reaper. With this, she’ll attack an enemy and silence them for 2 turns. However, if she kills the enemy with this attack, every other enemy will be granted 2 turn Silence as well. It’s not really fun to be on the receiving end of. The Solution: Kill all the Bettas firs.t I cannot stress this enough. Having the enemies immune is not fun to deal with in the slightest. Only when the Bettas are dead can you work on Natalie, who is much less of a threat than Betta is. Once everyone’s dead, we can go on to the boss stage! 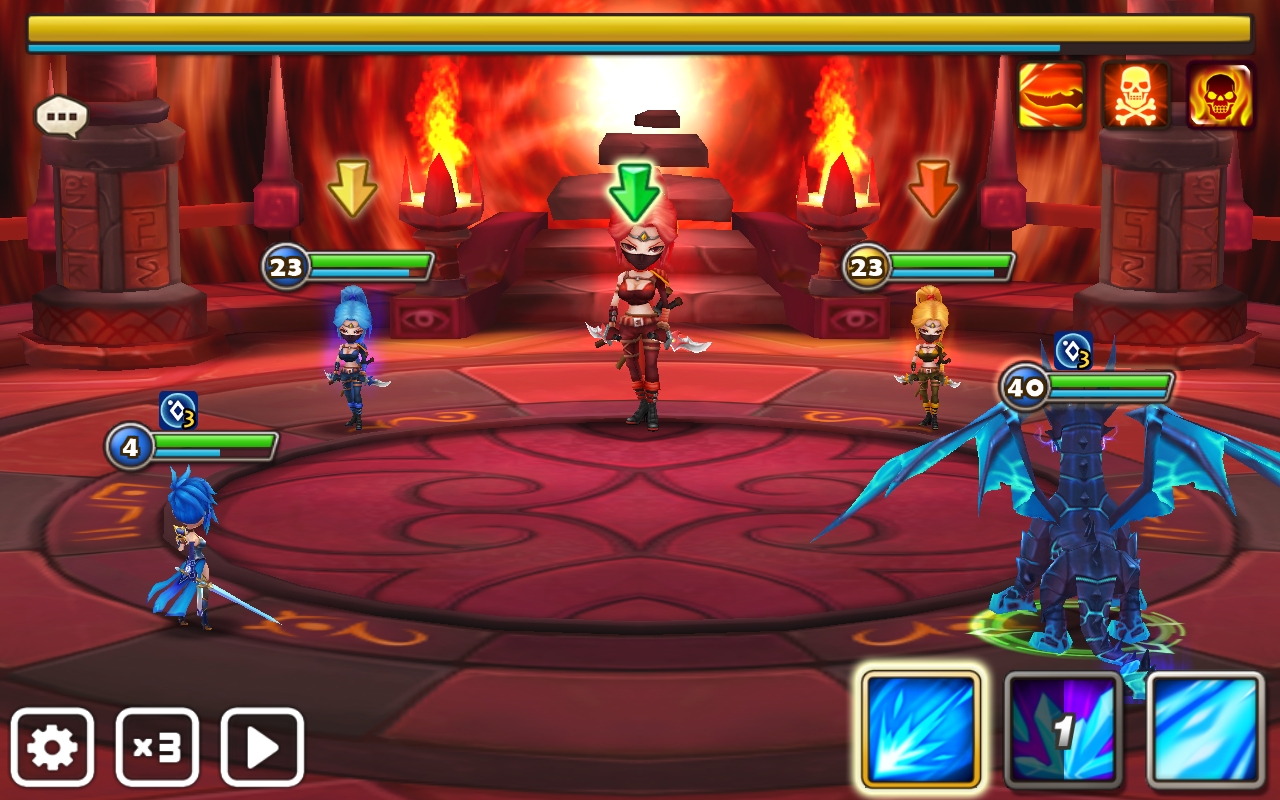 It’s time for the boss! The threat always differs because the lackeys always differs, so a round with Lexy, Stella and Isabelle is more threatening than Lexy, Natalie and Tanya. The Threat: In this case, the biggest threat is Stella, while everyone else is just…meh. There’s not really much to note here, because the lackeys change each round. The Solution: Again, the solution differs because the lackeys differ. In this case, I’d go for Stella, stun Tanya, and then kill Lexy. Anyway, I hope you enjoyed this Hall of Heroes article! Stay tuned, though; we’re gonna have one more coming out; one for each option! Which choice did you pick? Tell me in the comments! I’m Sara Ann, and I’ll see you in the next (four) article(s)!]]>