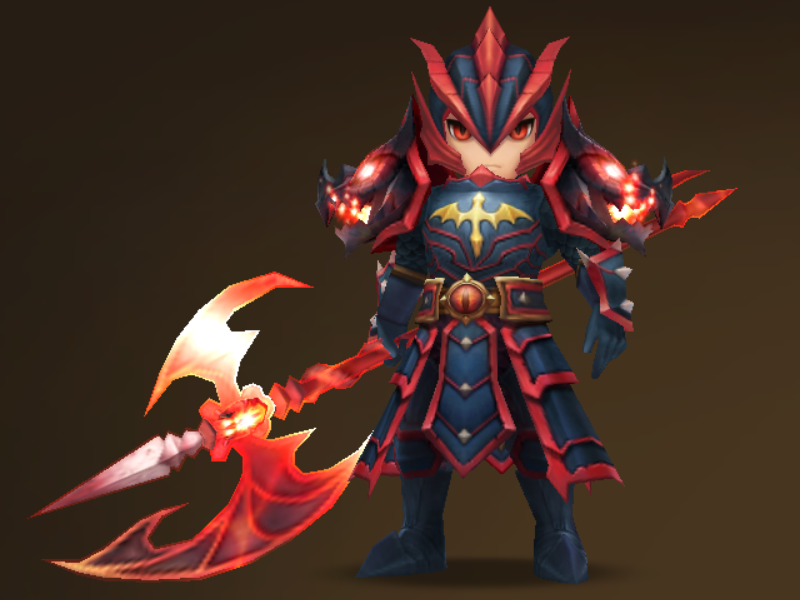 <![CDATA[We’ve talked about the four-star and up monsters that you shouldn’t build, but now we’re here strictly for the nat5s not to build! Unfortunately, my previous article aged horribly because literally a day after I released it, Com2uS announced a balance patch that buffed 3 out of the 10 mons I mentioned (Su, Christina, and Stella) and then a month later nerfed the twins super hard. However, we’re not going to look at the four-star and up mons, but instead the nat5s! A fellow comment on the nat4 and up article, written by “Darkduprey” said that that article was a prime reason why Shaina deserved her nerf. You can feel free to read it if you like. Honestly, they made a pretty good point, but it won’t stop me from being sad or salty about the nerf and these nat5s. Disclaimer: Ifrits and fusion nat5s have been left out of the list, due to the fact that they are easily obtainable and break away from the point of this article, which is about 5 nat5s that, if you pulled from a random Mystical or LnD scroll right now, you would want to immediately shove in storage. Do keep in mind that these aren’t the <em>only Nat5s in the game that you wouldn’t want to build, but these are, in my personal opinion, a couple that are pretty worthless. With that, let’s begin.

Keep in mind that while writing this article, I realized that a lot of the monsters that I contemplated putting on here were either of the light or dark element. Don’t get me wrong, I’m not saying all LnD mons should be game-changers like Yeonhong is, but at the very least they should get some sort of buff to be at least usable. I’ve seen people complaining about both Shazam and his dark brother Rahul, but there have been more complaints about Shazam. (Don’t worry, though; I’m sure I’ll be ranting about 10 LnD nat5s not to build sooner or later.) He plays really similarly to the other Beast Monks. That’s their thing, like the Occult Girls’ thing: all the family have the same basic skillset, but the debuffs are different and things like that. For example, Ritesh’s first hits the enemy and gives them Provoke, but in Shazam’s case, he brings a 1 turn defense break. Ritesh’s third skill, Trick of Wind, hits all enemies and gives them Defense Break for 2 turns, but Shazam’s Trick of Light replaces that Defense Break with 2-turn Glancing Hit. Glancing isn’t the best of debuffs, like anti-crit being one of the weaker buffs in the game. When compared to Ritesh, Shazam is definitely considered the most underwhelming of the Beast Monks. All you would have to do is give him the Kumar treatment. Kumar’s third skill went from giving AoE healblock to AoE Silence, and now he’s almost as good as Ritesh. Almost. I can say this because I have a Ritesh and Kumar.

LAIKA DIDN’T DESERVE IT – 2017 was prime time for Laika. He went from trash to supreme. His passive back then, Royal Blood, did four things: His attacks never landed as Glancing Hits, an enemy’s attack could never deplete more than 35% of his HP, he had a 50% chance to counterattack, and he also stunned on his attacks, including the counterattacks. This was back in the earliest days of RTA, back when it just got released to the public, and Laika was a god there. And then Com2uS nerfed him and removed his stun and now he’s just an average counterattacker mon. I will forever be part of the “Laika didn’t deserve his 2017 nerf” even though I didn’t have a Laika myself back then. (I still don’t, but I didn’t have one back then, either.) Now, some people say that his nerf was deserved, and I can see where they’re coming from; I really can. Everything in his passive put together does sound a little OP. But here’s the thing: it’s 2019, and Immunity and resistance is the RTA meta and it has been for the past… I’d say 4 or 5 seasons now. Would it really be too much to ask Com2uS to bring his stun back? I seriously feel like he wouldn’t dominate the meta with his stun nowadays.

Probably popular opinion: Teshar actually isn’t that good and it’s because of his stupid AI I actually have two Teshars – rather, had. Teshar was my first dupe, and you’re dang right I yeeted Teshar 2 to the Ancient Magic Shop as soon as it rolled out. The deal with Teshar is his third skill, Tempest. He’ll attack all enemies, gain 20% attack bar for each killed enemy, and will also instantly be able to reuse Tempest again if he kills an enemy. By all means, Teshar should be really really good. He’s got the highest base attack in the game, clocking in at 1,098. His multipliers are actually insane, too. Tempest has a 450% AoE multiplier and his second skill Lightning Nova can go up to 900% of his attack stat. A lot of people actually do use him for clearing out things like the trash waves in GB10 right before the boss. The problem with Teshar, however, is his stupid AI. Don’t get me wrong, when he does use his third skill in, say, Aiden Forest, he clears every wave in one hit and that’s how you end up with 20 second or less Aiden Forest runs. The problem is, it’s rare that he actually does that. Sometimes he’ll end up spamming his second skill which, while it is nice, only hits one enemy at a time. And I know it’s not a problem of his third skill not being available, because my team would be in the Secret Dungeons and Teshar just destroyed an entire wave mere seconds before (meaning that, reasonably, his third skill should be up). But no, then he started using his second skill like no tomorrow. So, on paper, Teshar should be really good, but because of his pure stupidity, he ended up getting a spot on this list.

I remember when the Druids and Dryads were first released, and everyone was screaming “BUFF DAPHINS AND ABELLIO.” People told them “calm your britches; Abellio just got here” and that he could be really good but no one knew that, because he had, again, just been released. Well, he still sucked, got a buff, we thought he’d be good… …Aaaaaand he sucked. I’ve noticed that a lot of water mons in this game are healers. I mean, think about it: Ariel, Praha, Anavel, and now Abellio. His third skill, Wild Cure heals everyone by 30% of their HP. Additionally, if he’s in his Druid form while using this, he’ll increase everyone’s attack bars by 15% and then transform into the Beast Form. Already, we can see that these percentages are pretty low. Using my previous examples, Praha heals everyone by 50% in Daydream, Ariel heals everyone 40% in the initial healing and then 15% for the next 3 turns with Holy Water, and Anavel doesn’t have a set percentage, but she heals everyone based off her Attack Power. But wait, there’s more about Abellio. His passive, Druid’s Wit (yeah the druids have 3 skills and a passive), increases his attack bar by 100% if any of his allies drops below 30% HP. Now, this may seem nice and all, but what exactly does he do again? I mean, his third skill has mediocre healing and he has to wait for an ally to nearly die before he can activate his passive. Even after his buff, he still sucks, but trust me, pre-buff was worse. (He only activated his passive when he went below 30%, not anyone from his allies.) Abellio was called the new Daphnis, until one monster family came into the picture almost two months later…

You know I had to put poor ol’ Geldnir on the list. There is just…so much wrong about Geldnir, I don’t even know where to begin. He’s basically become the new Daphnis. First off, he’s an LnD nat5, which, by itself, isn’t bad. You want to have monsters that are rarer than others so that people would try and play more to get them. However, when you have a skillset that’s so bad, then you’ve got a problem. I will never cease to rant about Geldnir  until they either buff him or completely rework him. He’s got two passives; his Learn Knowledge passive and Eye of Pioneer passive. Now, his Learn Knowledge passive isn’t so bad; he gains Knowledge whenever anyone in the battle field is granted a beneficial effect. Bolverk has this passive too, and he’s pretty good. It’s Eye of Pioneer that makes him so bad, though. Geldnir already hit number 1 in my previous list about the Nat4s and up you shouldn’t build, but in case you didn’t read that one: Eye of Pioneer will heal an ally by 35% of the damage that’s been dealt to them in a turn, sort of like damage reduction skills like Darion. But wait, there’s more! When Geldnir has 5 Knowledge, then the ally will be healed by 70% of the damage that’s been received. Yaaaaaay. I’m actually ashamed to admit that, in my first look article about the Lightning Emperors, I thought that Geldnir was gonna be one of the best Lightning Emperors, and I put him up next to Pater and Giana. I realize the error of my ways, but… wow. He’s just so bad. Think about it: you could easily make him waste all his Knowledge by having a support unit not built for damage (e.g. Racuni) poke someone a couple of times, and then you’re free to destroy everyone because then Geldnir literally has only one skill he can use. So yeah. Even after the twins nerf, these are 5 nat5s that you wouldn’t want to use. Do you think I missed anyone? If so, let me know down in the comments below! I’m Sara Ann, and I’ll see you in the next article!]]>