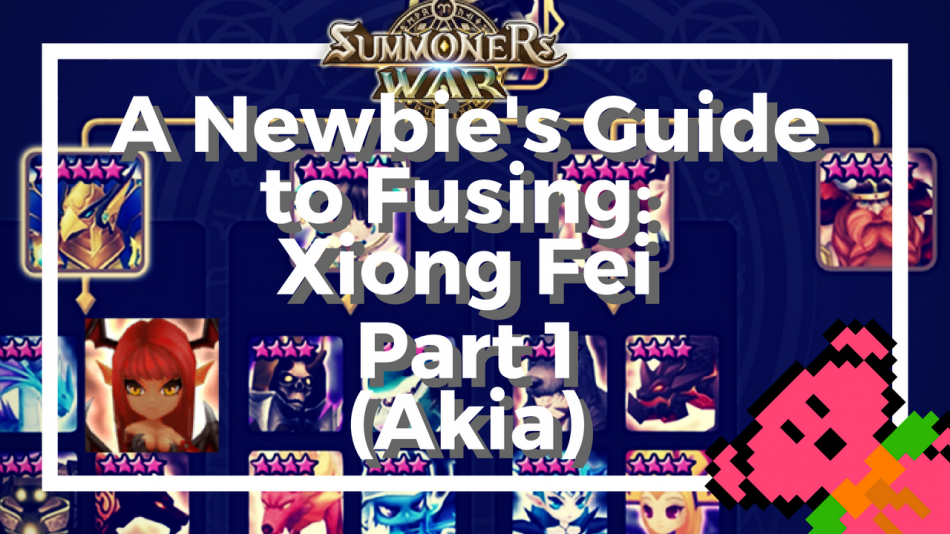 <![CDATA[So you’ve gotten your Geoffrey. “Who’s next?” You ask. The answer is: Akia! Yes, she’s the fire Succubus, and yes, you did have to use her to fuse Veromos way back when you first started in the game! Fusion recipes are kind of weird. Usually, they’ll end up “borrowing” monsters from other recipes for their own recipe. For example, to fuse Sigmarus you need Jojo, Susano, Arang, and Mina. However, for Katarina you’ll need Baretta, Mikene, Arang, and Shakan – and Veromos needs to use Mikene to fuse as well! I can sort of see <em>why Com2uS would do this. It keeps them from needing to add too many four-star monsters to the Fusion Hexagram, because we can’t get everything we want, now can we? (The answer is no. No we can’t.) Anyway, enough rambling, I’m gonna talk about Akia now! Spoiler: I’ve already talked about Akia in “A Newbie’s Guide to Fusing Veromos” However, I’m pretty sure that advice is fairly out-of-date, and now I’m going to make some better advice. Thank you for understanding. 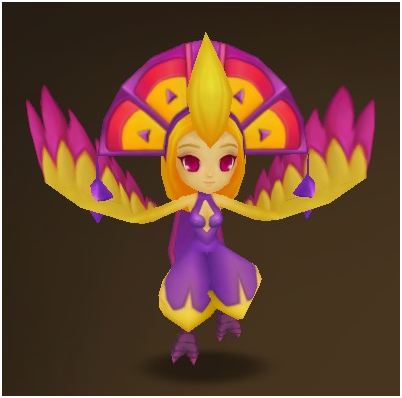 I give this fusion the Seal of approval! (I’m not sorry.) Anyway, Seal is the easiest monster to get for this fusion. She’s a two-star monster, and the wind Harpu. I’d recommend getting a few copies of her (keep one for fusion) especially since her fire sister, Colleen, will be an essential part of your NB10 team.

Seal isn’t very good of a monster. Although, to be fair, she’s a two-star monster; that’s pretty much to be expected of most two-star monsters except for a few (namely Konamiya, Colleen, Shannon, and Tarq). She does decrease all enemies’ attack bars by 40%, but if you need an obtainable AoE attack bar decreaser, Krakdon is your man. Speaking of him… 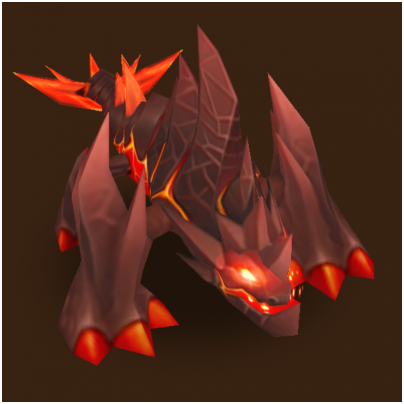 Krakdon is a three-star monster. He’s essentially a better version of Seal, and I talked about him in my article about Trial of Ascension, which you can view here. You can get him from Unknown Scrolls, Social Summons, Mystical Scrolls, Crystal Summons, Fire Scrolls, and Faimon Volcano.

The easiest way to get him is to go to Faimon Volcano and farm it a bunch. He’s a drop occasionally in Faimon, not to mention that Faimon Volcano is the most time-efficient way to level up your fodder. While you’re working on leveling up Seal and perhaps some more monsters who would be used to four-star your other monsters, you have a chance of getting Krakdon each time to go to Faimon Volcano. If you’re looking for the area that has the highest chance of dropping Krakdon, I’d go for Faimon Hell B4. According to the statistics on SWarFarm, it has a 4.6% chance of dropping a nat3 each run, as opposed to B1’s 4% chance of dropping a nat3 each run. I’m not going to say that it’ll be quick and/or easy to get Krakdon – 4.6% is still a really low chance.

Krakdon requires the least amount of essences that any three-star ever needed in order to be awakened. 20 Low Fire Essences 2 MID Magic Essences 10 Low Magic Essences

Krakdon is actually half-decent. His third skill, Earthquake, decreases everyone’s attack bar by 50% and the damage is proportionate to his Defense. It helps that he’s a defense-based mon, too. If you want an AoE attack bar reducer, I’d recommend getting him if you don’t have anyone better. He’s pretty good in the Trial of Ascension too, as mentioned. I’d keep a copy of him for pesky ToA stages if I already didn’t have a superior attack bar decreaser; said decreaser Charlotte, otherwise known as the best gurl. Because she’s the best at everything and I love her. 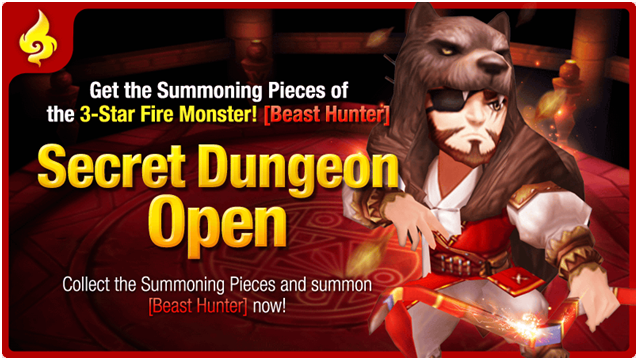 Nangrim still sucks to get. At least it wasn’t as bad as it was before; way back when you solely had to rely on summoning luck to get him. Nowadays you can get him from Mystical Scrolls, Social Summons, Unknown Scrolls, Crystal Summons, Fire Scrolls, and Secret Dungeons.

The best way to get a Nangrim is to farm his Secret Dungeon. I know I said earlier in this article that you shouldn’t use a Secret Dungeon for Seal, but that was different. Unlike Nangrim, Seal is incredibly easy to obtain throughout other means, to the point where it was a hassle to go through her Secret Dungeon. Nangrim, however, isn’t nearly as obtainable as Seal is. Because he’s a three-star monster, Nangrim requires 40 pieces in order to be summoned. And, again, if we say you get four pieces per dungeon run, that’s ten runs, which means 50 energy is burned. That may seem like a lot, yes, but would you rather use up some energy or waste tens or even hundreds of scrolls trying to get this guy? Anyway, Nangrim can be pretty deadly and even one-shot your monsters, thanks to his passive skill, “Hawk’s Eye.” With each attack, he has a 15% chance of ignoring the enemy’s defense. However, if he doesn’t ignore the enemy’s defense, his chances will increase the next turn, meaning it can go all the way up to 100% if he’s really unlucky. The increased chance disappears if the ignore defense effect is activated, though.

I think he can be decent if used right. He seems like a single-target, budget Lushen…without the guaranteed chance of ignoring defense…and I’m pretty sure lower multipliers… …You know what, nevermind, he’s not a budget Lushen, just use him for Akia fusion and don’t keep a copy unless you’re a super-late game player who can afford to, I dunno, six-star a Slime and make him your Chiruka Normal farmer, which if you are, why are you reading the articles of a mid-game player (me)? 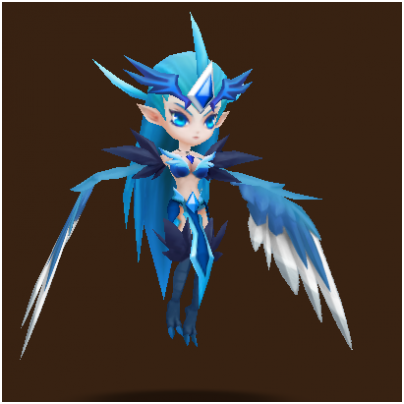 Just hearing the word “Harpy” gives me PTSD-like flashbacks nowadays, thanks to my quest to fuse Sigmarus required me farming literally tens of refills worth of Kabir Ruins every day to try and get a wind Harpy, Prilea. ANYway, you can get Ramira from Unknown Scrolls, Social Summons, Mystical Scrolls, Water Scrolls, Crystal Summons, and a Secret Dungeon. Acquiring Ramira Like Nangrim, it would be best to use Ramira’s Secret Dungeon as the quickest way to get her. Generally, three-star monsters are the only monsters who are worth going into a Secret Dungeon for. Ramira is no different; not to mention you can farm a bunch of pieces of her if you need some fodder to four-star, five-star, or even six-star someone. Trust me, those Secret Dungeons saved my life a few times when I was six-starring Veromos, Belladeon and Eladriel all at once.

I’m not sure if you even can use Ramira anywhere. I mean, yeah, her skillset does look good on paper; 700% multiplier on her third skill, which is a guaranteed Critical Hit. Turns out her base attack is on the low side; 736 when awakened and six-starred and maxed out. Kamiya is better in pretty much every way. Yes, I know Kamiya isn’t as easy to get, but she was a Hall of Heroes a while back. I still wouldn’t recommend using Ramira because of how high rune requirements are for her. Also, her awakening bonus sucks. 25% Resistance gain? Really? 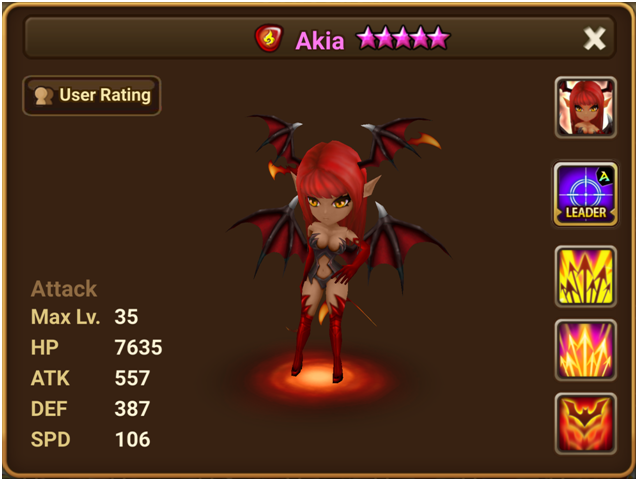 You’ve saved up for her, gotten all her materials, and now it’s time to fuse the lovely lady herself!

Fuse her, duh! By the time you get to Akia, you should have all of your material four-starred and maxed out, but not awakened. This is because if you end up pulling one of your monsters awakened from a scroll, that’s awakening and four-star materials that you didn’t have to use up. Once you get all four monsters out of storage, only then can you awaken them before you fuse Akia. You’ll need 100,000 mana to fuse her, so be warned and remember to have some mana saved up!

Remind me again why I thought Akia was good? When I first wrote A Newbie’s Guide to Fusing Veromos, I said Akia was a pretty decent sleeper unit, because all the Succubi don’t wake monsters up from Sleep whenever they attack now. Akia isn’t at all a very good unit. She’s niche, only has a single-target Sleep and has a low base attack. Her light sister, Aria, is way better. She’s got a bunch of essential debuffs needed in the Trial of Ascension, and if you do end up fusing more Akias, they should be skillups for Aria – who was Hall of Heroes way back in I think 2014. Anyway, once you fuse Akia, put her in storage, and then in next episode, we’ll get to work on Ling Ling!]]>