Sorry about the hold up, new monsters will be added soon.

* Cookie Run: Kingdom Collab was scheduled to go live on Aug. 29th, but will be updated a day early due to the change in schedule. Please note that the [Collab Special! D-Day Event] will still be held until Aug. 29th 7:59am PDT even if the update is released on Aug. 28th. In addition, you will get one Mystical Scroll by obtaining one or more Jellybeans on Aug. 29th.

* Default 5★ GingerBrave obtainable from the collab event cannot be used as material to craft Ancient Crystals. 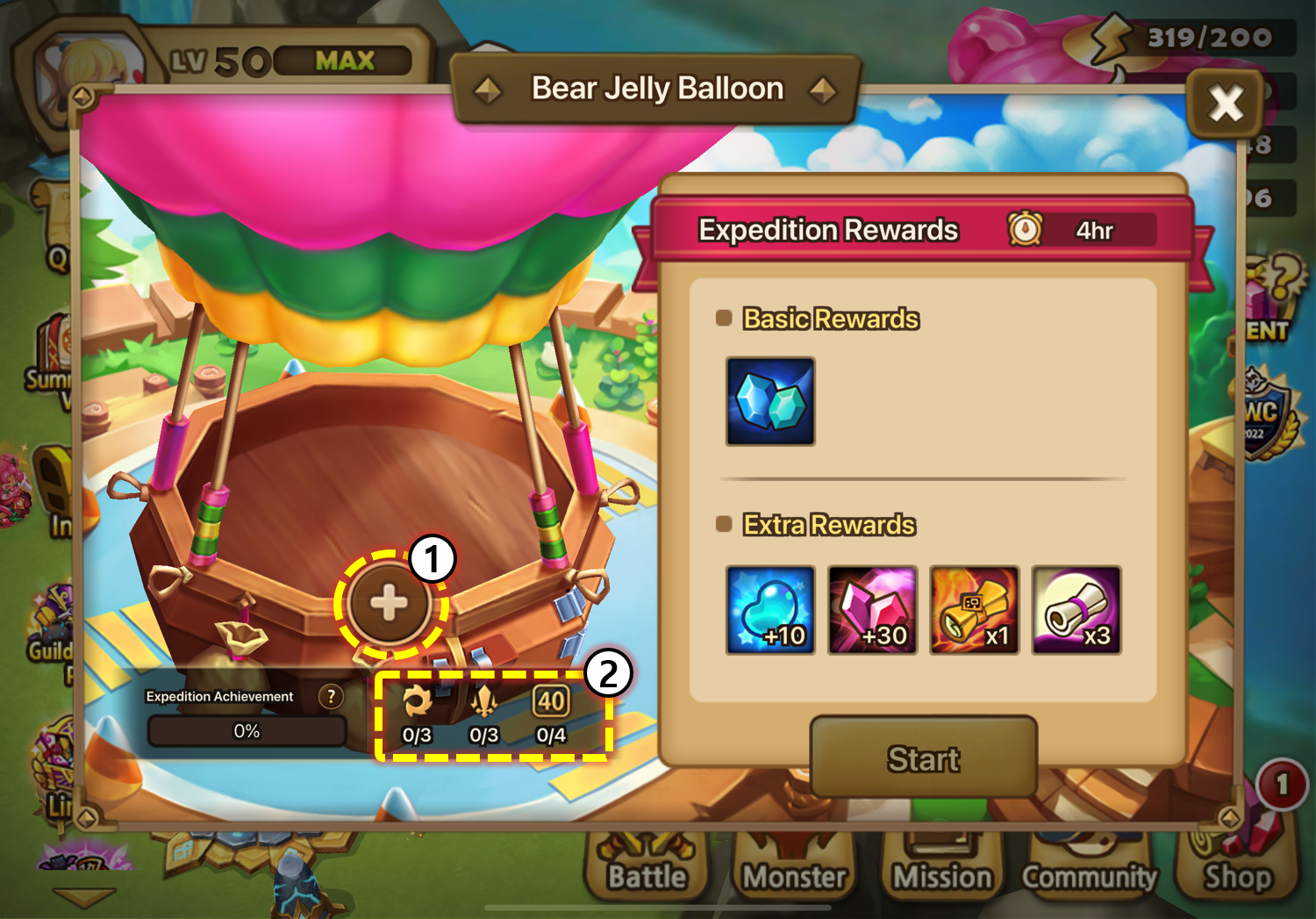 Bear Jelly Balloon is an exclusive content where you can send the Monsters on the balloon for an expedition and get a reward based on the expedition activity.

– Bear Jelly Balloon Location (Right side of the Sky Island)
1. A location of the menu where you select Monsters for an expedition.
5 Monsters are required for an expedition which will last for 4 hours.
2. You can check the Monster condition that can fulfill a higher expedition achievement.
An achievement reward can be obtained once a day. Once you reach 100% achievement, you can send the expedition the next day to get a reward.

– Expedition Condition
Expedition achievement will fill up whenever you meet the expedition condition. 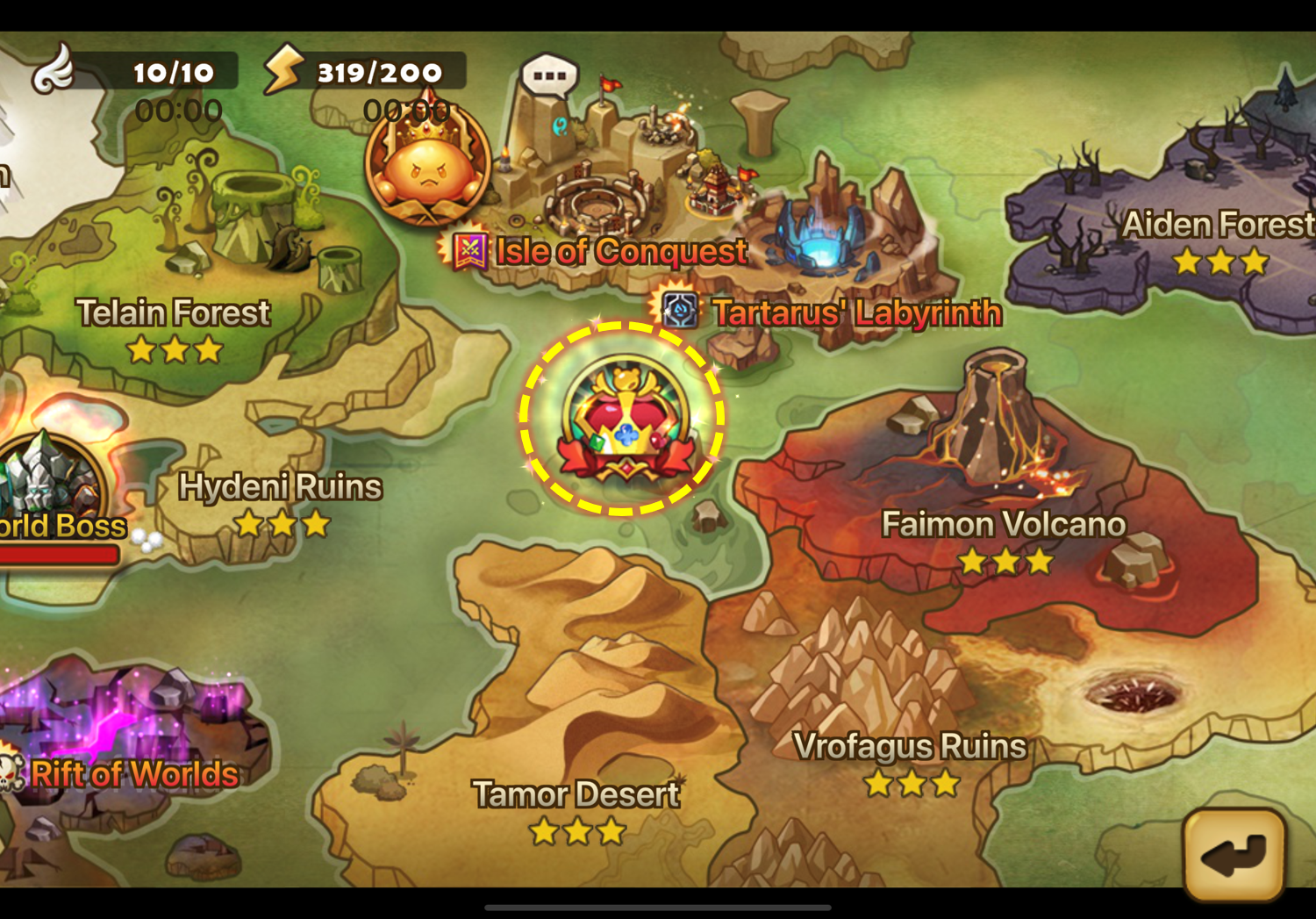 > Arena Rival NPC – Master X
– Event period: After v7.0.2 update patch is released on Aug. 28th until Nov. 6th 6:59am PST
Fight against the Master X with a deck consisting of only the collab Monsters!
You will get 5 glory points and 10 Jellybeans as a battle victory reward, and you can enter the battle again after 23 hours.
* To meet Master X, you have to complete the quests through the Quest Icon located on the left side of the main screen and enter the [Arena > Rival] menu afterwards. 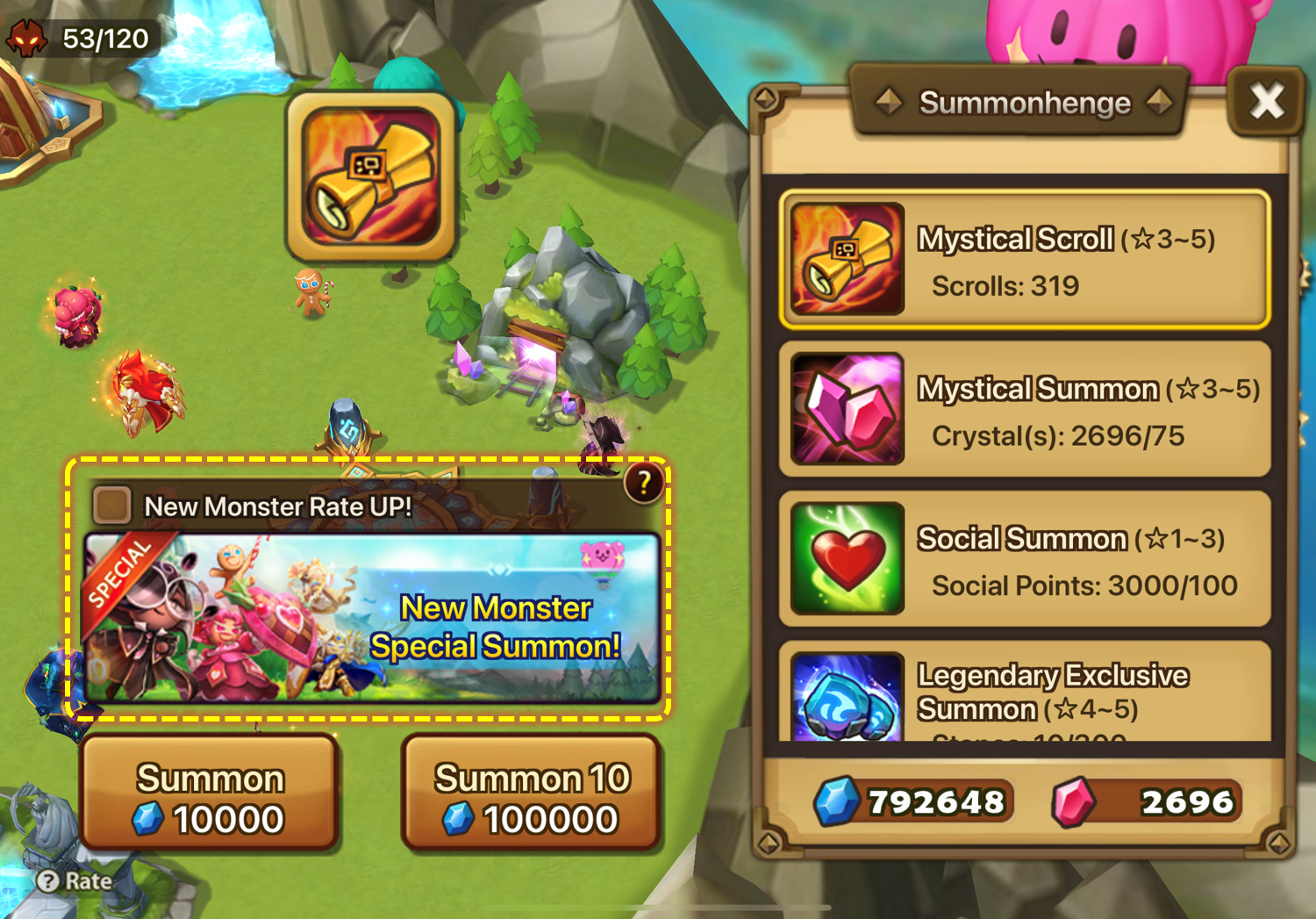 – What’s the [SP Summon]?
: The chance of summoning the [Cookie Run: Kingdom] Collab Monsters is slightly higher than other summons.
: During the SP Summon period, the menu is displayed in the list of summons to which the SP Summon is applied, and you can set the checkbox to proceed with the SP Summon.
: You can summon the [Cookie Run: Kingdom] Collab Monsters with a fixed chance through existing [Summon] instead of [SP Summon] as well. 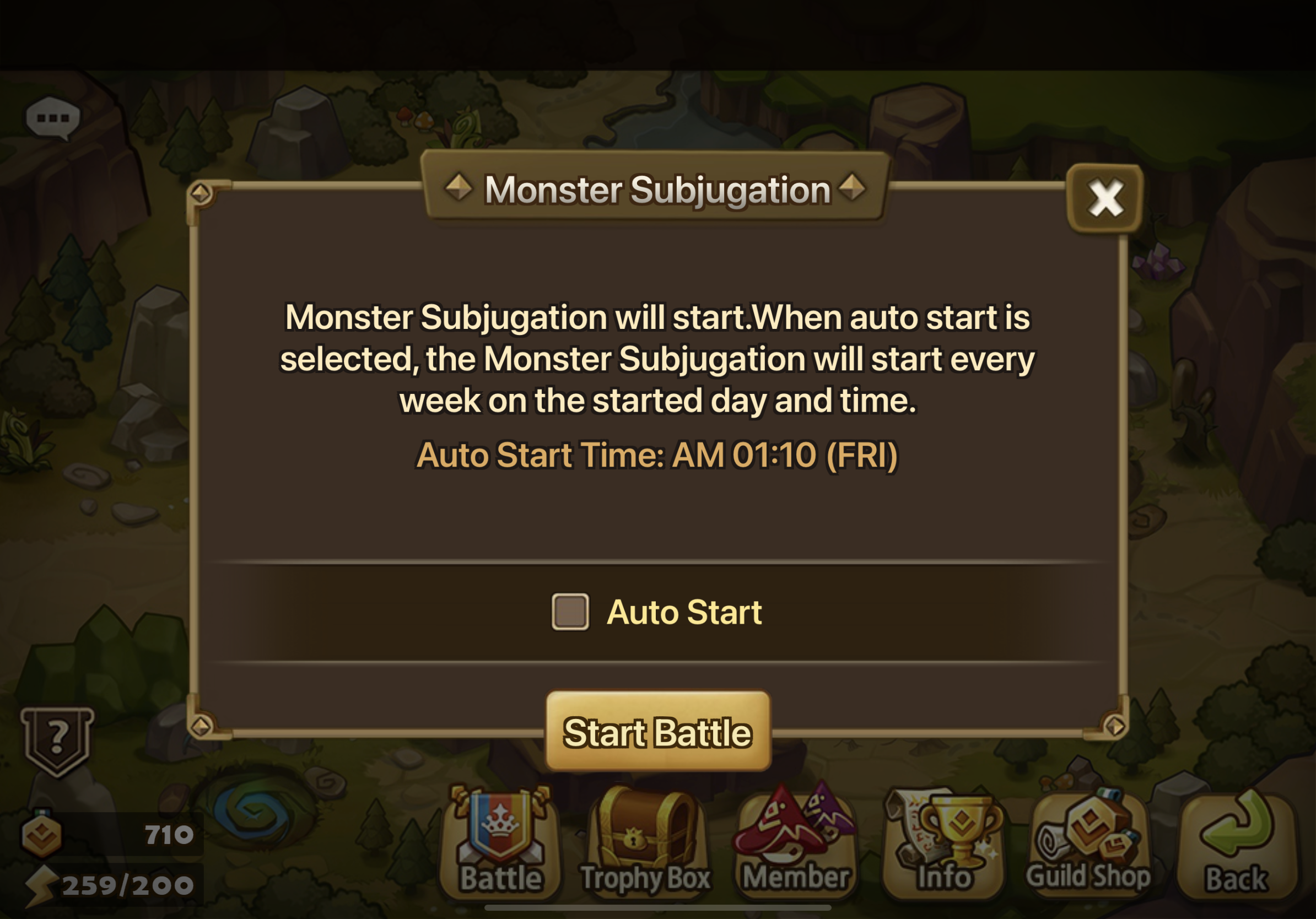 – Guild subjugation score criteria for the first round, where the king slime boss grade is determined, have been eased as follows.

The final rank based on the guild subjugation score that is calculated after the Monster Subjugation is over has been adjusted as follows. 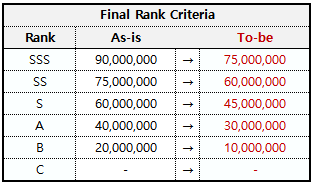 * The changes will be applied to the Monster Subjugation Battle that starts after Aug. 29th.

> [Tartarus’ Labyrinth] Improvements
– The remaining exploration time in the current rank section is added by 24 hours every time your guild defeats a labyrinth guardian (Leos, Kotos and Guilles). If your guild defeats all the guardians, a total of 72 hours will be added.
– However, the current rank does not change with the addition of hours. And the remaining exploration time won’t increase in the B Rank section.
* The changes will be applied to Tartarus’ Labyrinth that starts on Sep. 10th. 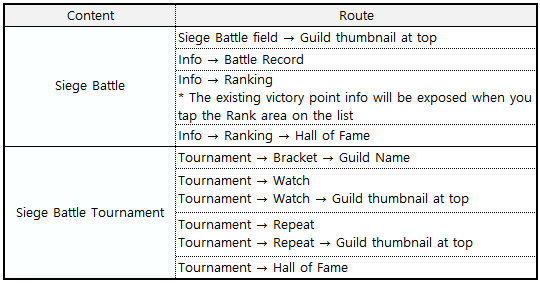 > [Guild Rival Battle] The destruction rate standards for each grade of the battle end reward, which is given according to the ratio of destruction of the opponent’s guild’s HP, has been adjusted as follows.

* The changes will be applied instantly once the v7.0.2 update patch is released.

> A function to enable/disable the display of emojis that the opponent uses in the [World Arena] battle has been added. 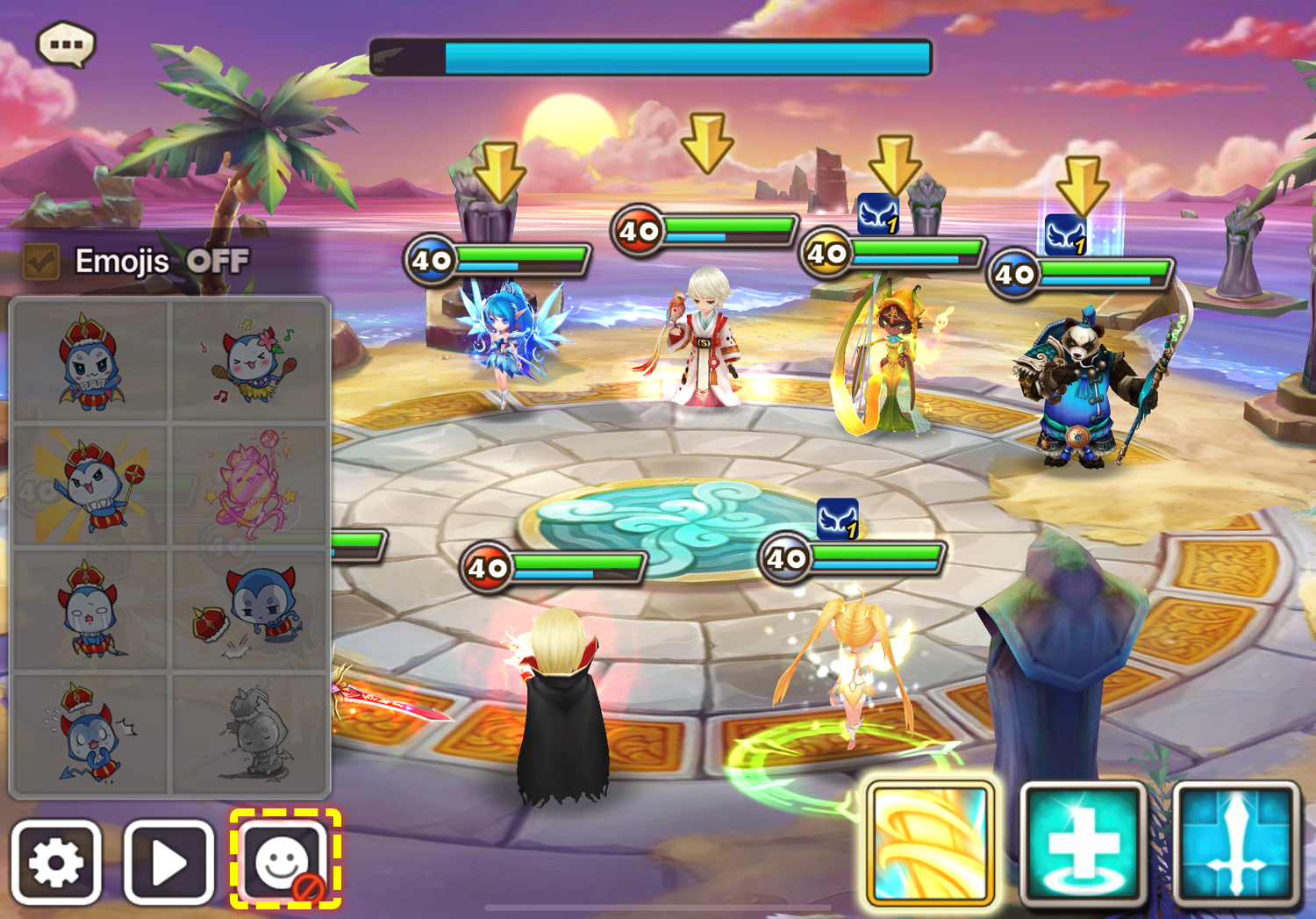 – You can enable/disable the emojis through a button added at the bottom of the World Arena battle screen. When the setting is set to OFF, you also cannot use Emojis.