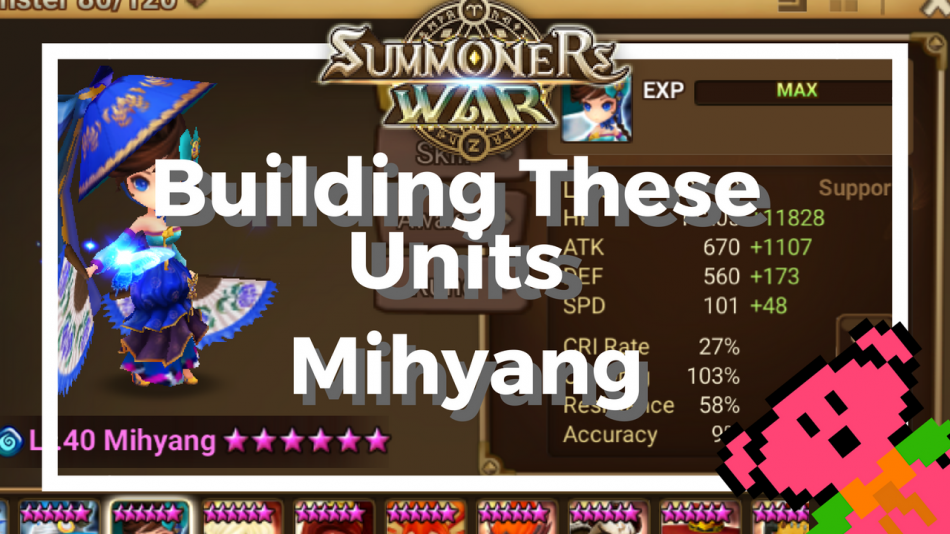 <![CDATA[So on May 2018, we got one of the best Hall of Heroes monsters ever – Mihyang, the water Sky Dancer! Coincidentally, she’s my first Sky Dancer, but I’m happy with that because all five of the Dancers are really good on their own! I recently six-starred her, and I don’t regret it one bit. This is my Mihyang’s stats: <a href="https://summonerswarskyarena.info/wp-content/uploads/2018/05/Screenshot_2018-05-22-19-38-38.png"> 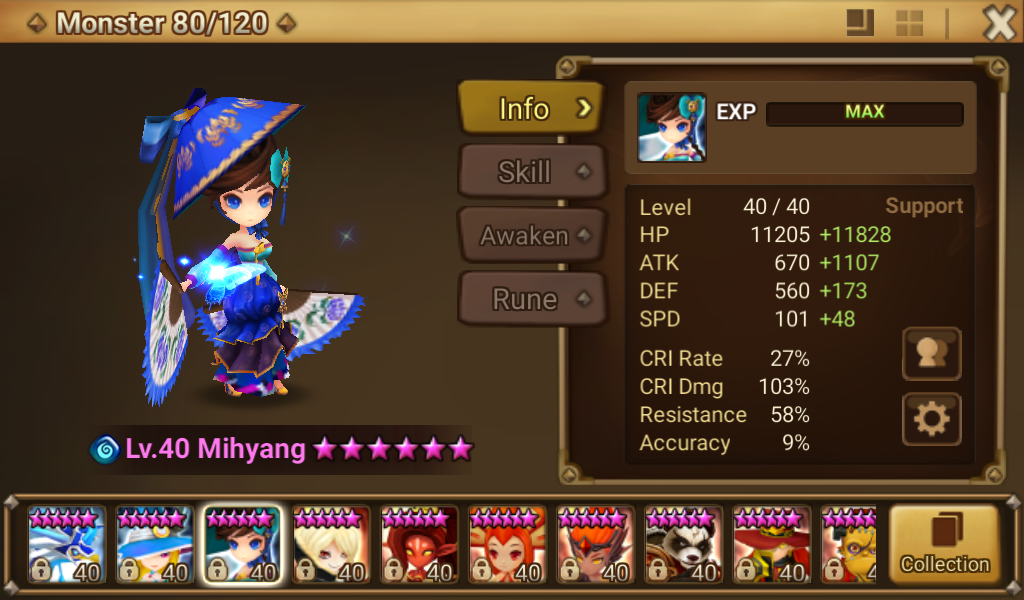 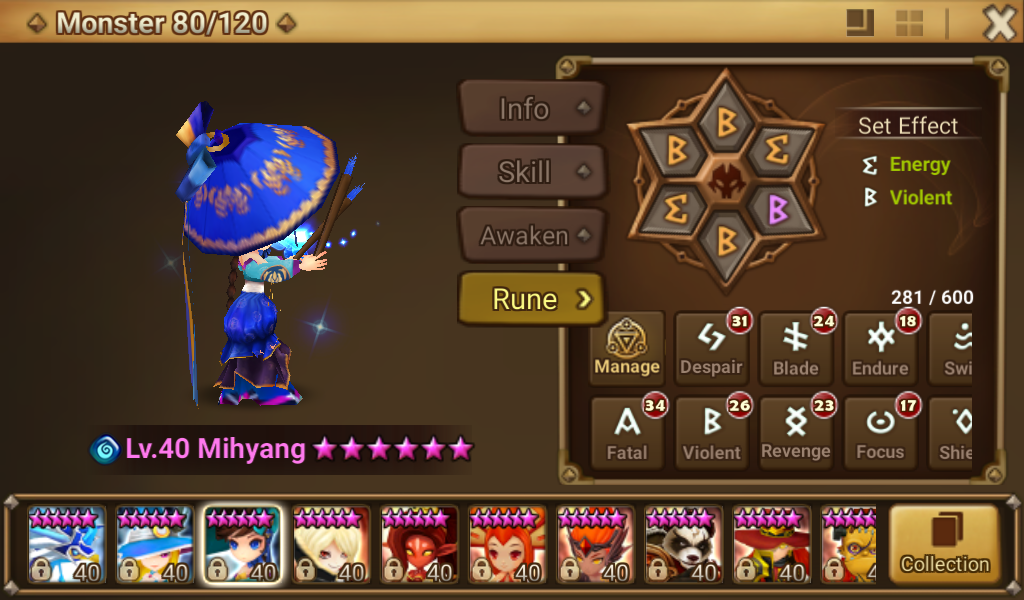 Mihyang is a really good cleanser. You may be wonder “why do I need a cleanser? I’ve already got Veromos!” The thing is, Mihyang shines the brightest in Rift of Worlds with Khi’zar Kha’jul – basically, she shines in a place where using Veromos is not recommended at all. For those who don’t know why, Khi’zar Kha’jul can inflict a pretty rare debuff, called Oblivion, on all your monsters – seriously, there are only two monsters in the game that can bring Oblivion. Back on topic, Oblivion blocks passive skills for a certain amount of turns. This means that Veromos cannot cleanse your monsters, but the cleanse is super important because of the attack break, slowdown, and other things that Khi’zar Kha’jul uses. Mihyang, however, has an active cleanser skill, meaning she won’t be affected by Oblivion. Her cleanse skill, Dance of Mirage, will lengthen the beneficial effect time of her allies and reduce the harmful effect time – both by 1 turn. While it’s not a total cleanse, if the harmful effect is at 1 turn before she uses Dance of Mirage, it will get rid of it. She also heals everyone based off of her attack stat. This is why my Mihyang has a ton of attack. (Don’t pay attention to the Critical Damage; all my ATK% runes have Crit Damage on it and it added up.) 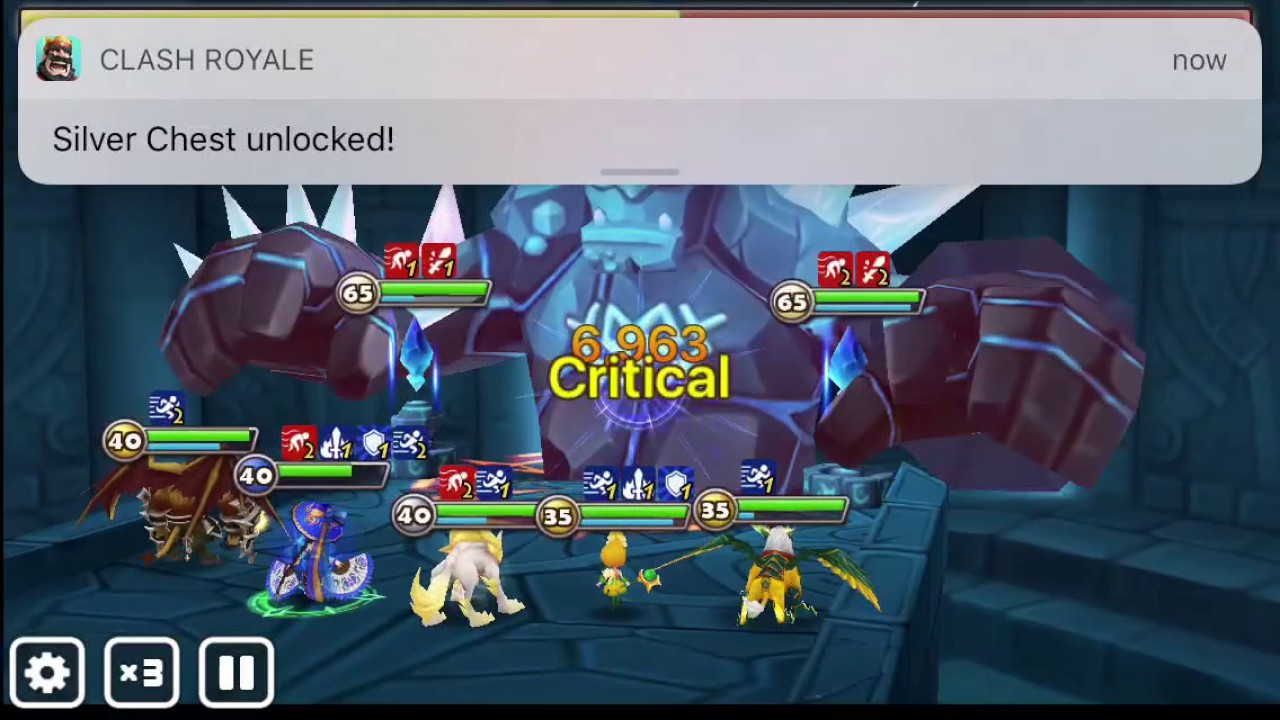 I think she can be used for early game. I mean, she does seem like she’s usable pretty much everywhere when you’re early game, but specifically for GB10. If you do decide to use her as a +1 for GB10, rune her on Swift and Energy; SPD/ATK%/ATK%. I honestly don’t know if she’s usable early game. I mean, her stat requirement seems pretty high. Can any early-game players who have successfully pulled off using a Mihyang in GB10 fill me in and tell me how difficult it was for you? I would really appreciate it. 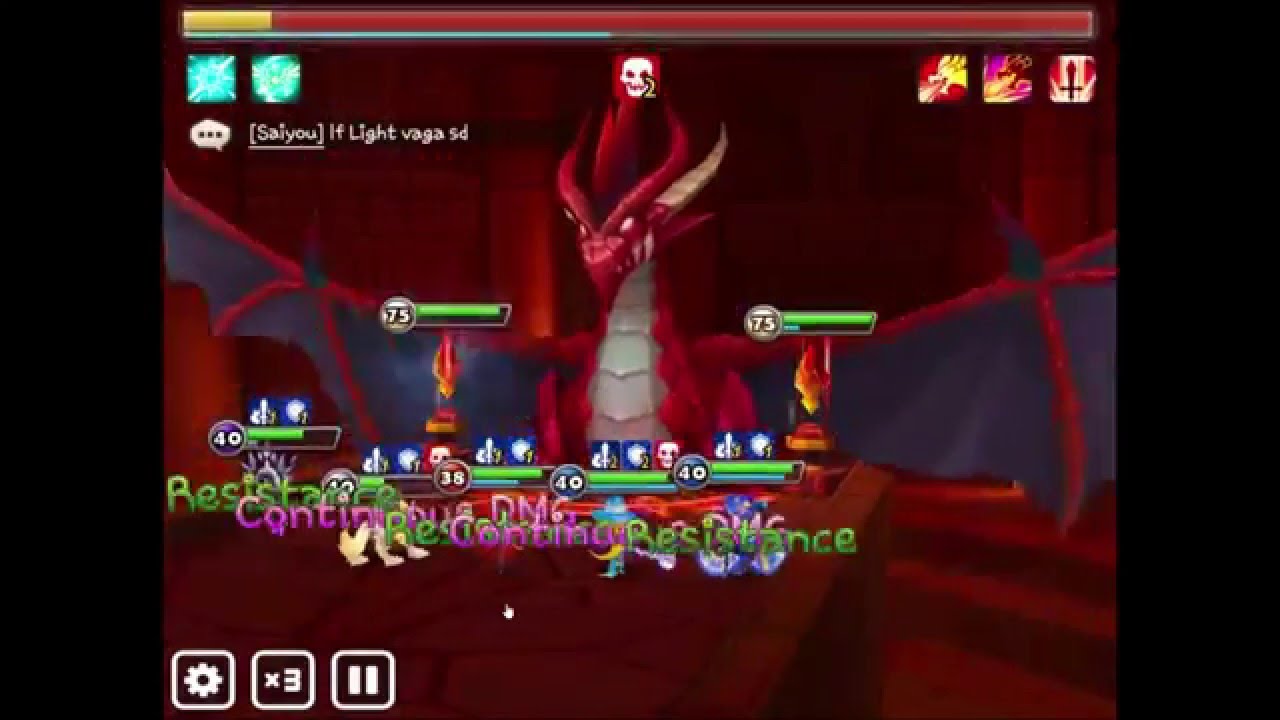 I’m told that Mihyang is great in DB10 too, so I guess you can use her too. I mean, I can see where people are coming from when they say this – elemental advantage, buff removal, and a debuff shortening skill. Remember that both the left tower and the DB10 dragon inflict Continuous Damage, so you can see why Mihyang is great. I’m tempted to try her out in DB10, but I don’t think I have the rune quality at the moment. Other than that, she also seems like a good idea for Guild War comps at this stage. One I can think of off the top of my head would be Chloe, Mihyang, and Katarina. Chloe would cast her Invincibility, Mihyang would lengthen the buff effects, and Katarina, with her Invincibility, would ignore the defenses of her enemies by using Sword of Discharge. …Shoot, now I want to finally fuse a Katarina. Runes for her should go from Swift to Violent. That would be Violent + Energy; SPD/ATK%/ATK%. 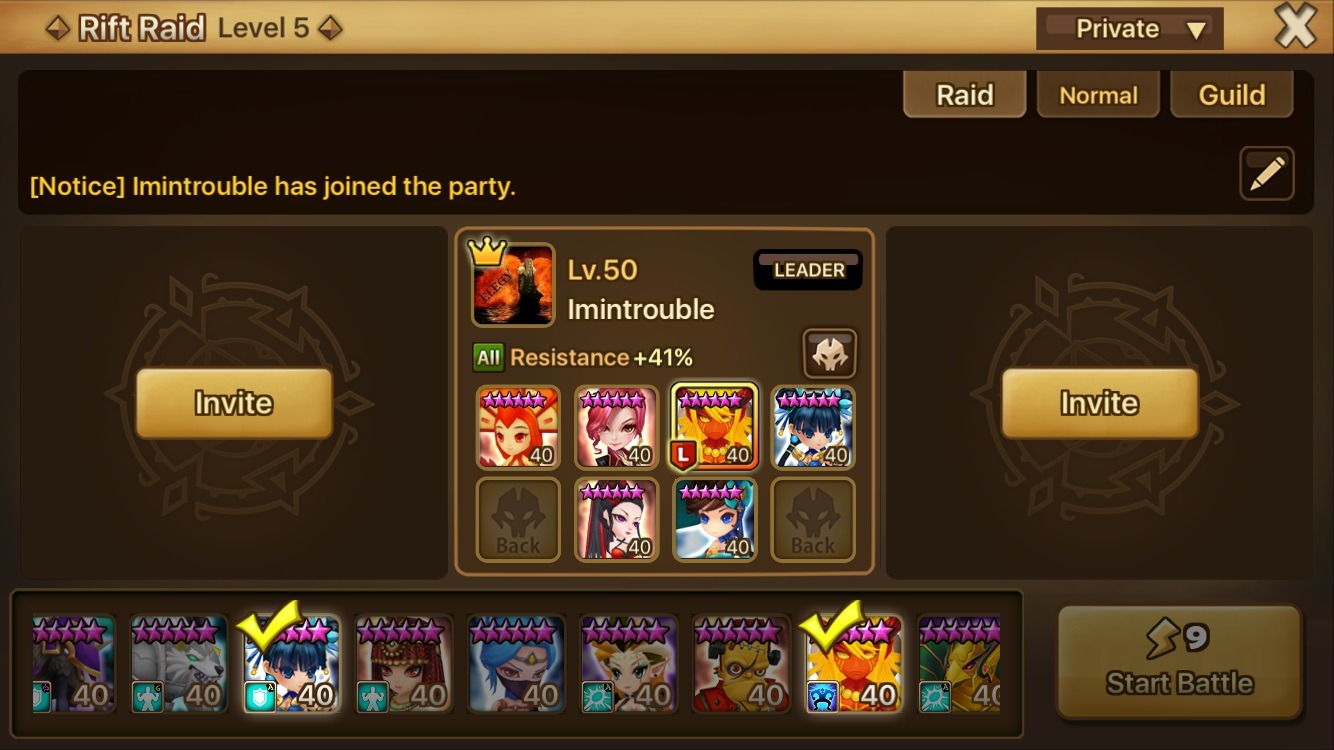 Now this is where you can really use Mihyang. She’s pretty good for some certain Guild War comps, but she shines the brightest in R5, mostly because of her cleansing skill, Dance of Mirage. I’ve already mentioned what everyone likes about her in R5, so I won’t mention it again. Here, her runeset should be Violent + either Nemesis or Will if you can pull them off. Again, SPD/ATK%/ATK%, but if you can pull it off, go for full ATK% (or ATK%/ATK%/HP%, like what I did). 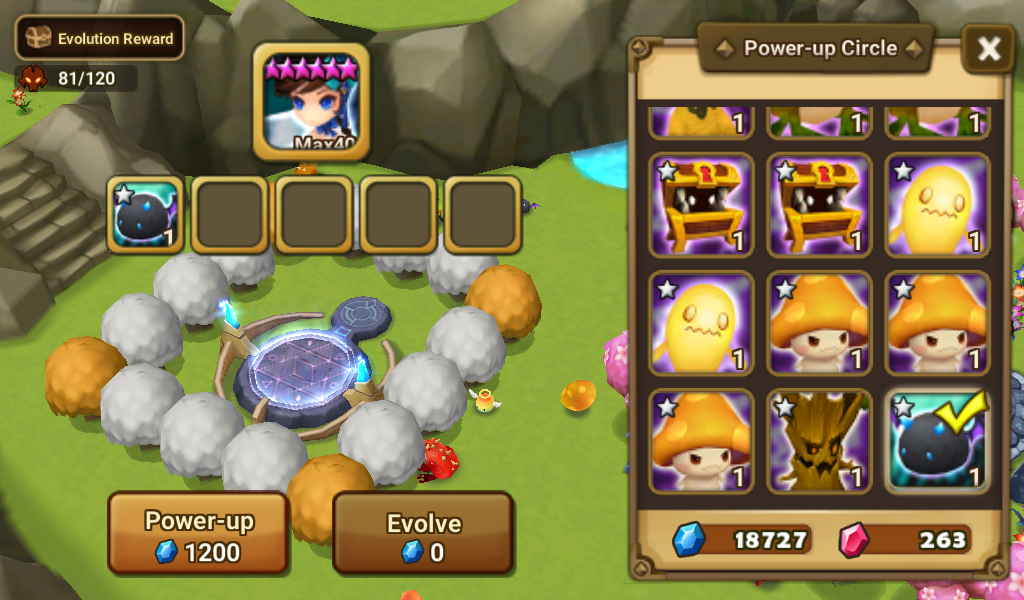 It’s always recommended to put skillups into the Sky Dancers. Mihyang is no exception. At the very least, try to max out her third skill. Once her third skill is maxed out, it’ll be only three turns – whereas Lisa’s third skill when maxed out is four turns. Some people say to never Devilmon PvE monsters, but honestly I think Mihyang is worth it. You don’t want to get stuck in a situation where Khi’zar Kha’jul is about to attack, most of your monsters are on low HP, some have debuffs on them, but Mihyang is about to go- oh no, her Dance of Mirage is on cooldown! This can literally be what makes or breaks a run.

Though she’s usable in pretty much everywhere except for NB10, she really shines in R5. This is because of her cleansing skill. Not many people have a cleanser. You can build Konamiya, yes, but he’s got some pretty high skill and stat requirements, too. Nevertheless, I definitely recommend Mihyang for your starter R5 team, because I’m finally building one too. (More on R5 in my later article which is going to be more of a rant-type.) 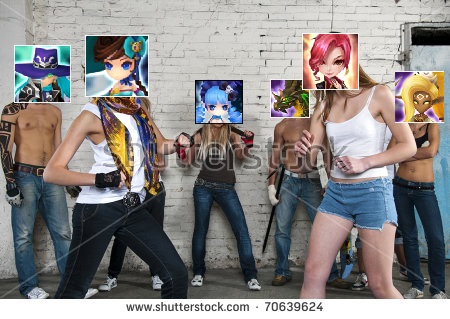 With the new Mihyang Hall of Heroes, pretty much everyone has a great cleanser for R5. However, there is another cleanser whom people also flock to – Lisa, the fire Neostone Agent.

Overall, Mihyang is definitely a great monster whom you should build, specifically for Raids. Some people say Lisa is better, but for those who don’t have her, Mihyang is a great alternative to the fire Neostone Agent. I’m Sara Ann, and I’ll see you in the next article!  ]]>