<![CDATA[This September, our Hall of Heroes was Natalie, the light Assassin. She’s a very overlooked unit, but even though she’s niche she can shine with the right runes on. I took it upon myself to build her, as she does have a very interesting kit that could be useful in places. Currently, these are the stats on her: <a href="https://summonerswarskyarena.info/wp-content/uploads/2017/09/Screenshot_2017-09-27-19-36-16.png"> 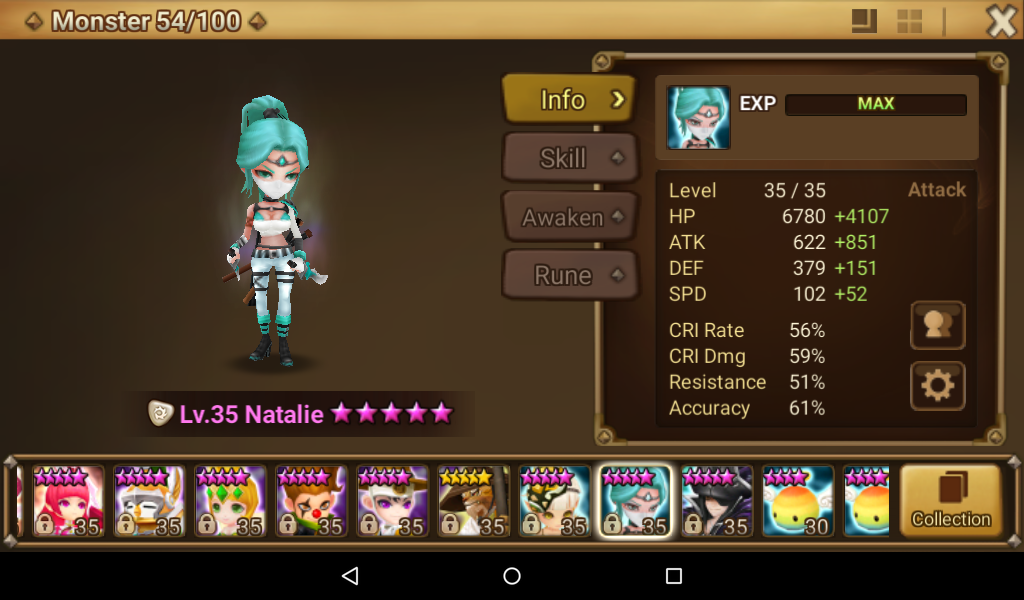 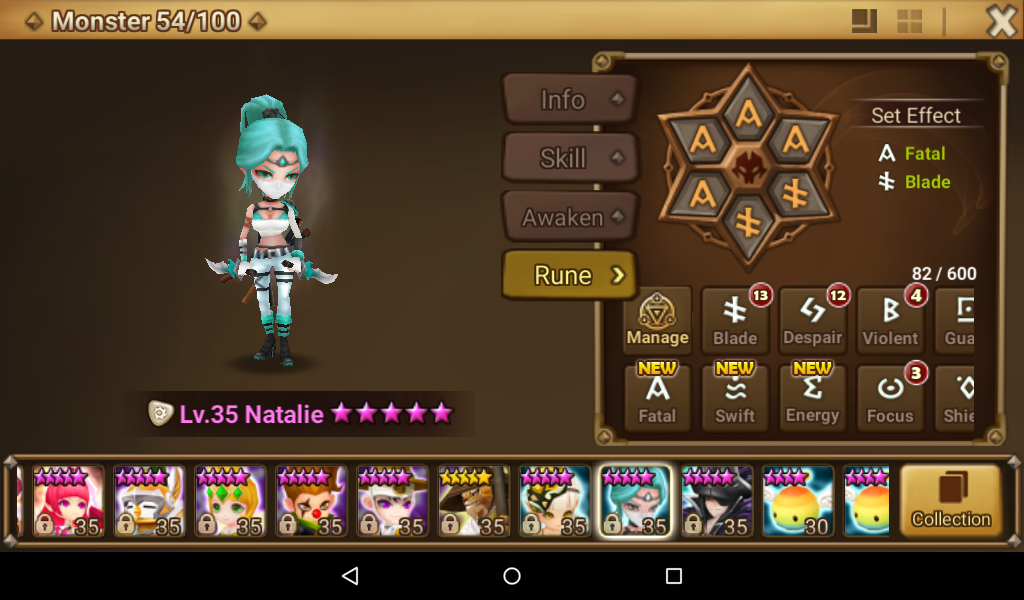 Her main stats are SPD/ATK%/ATK%. With that said, let’s begin with… 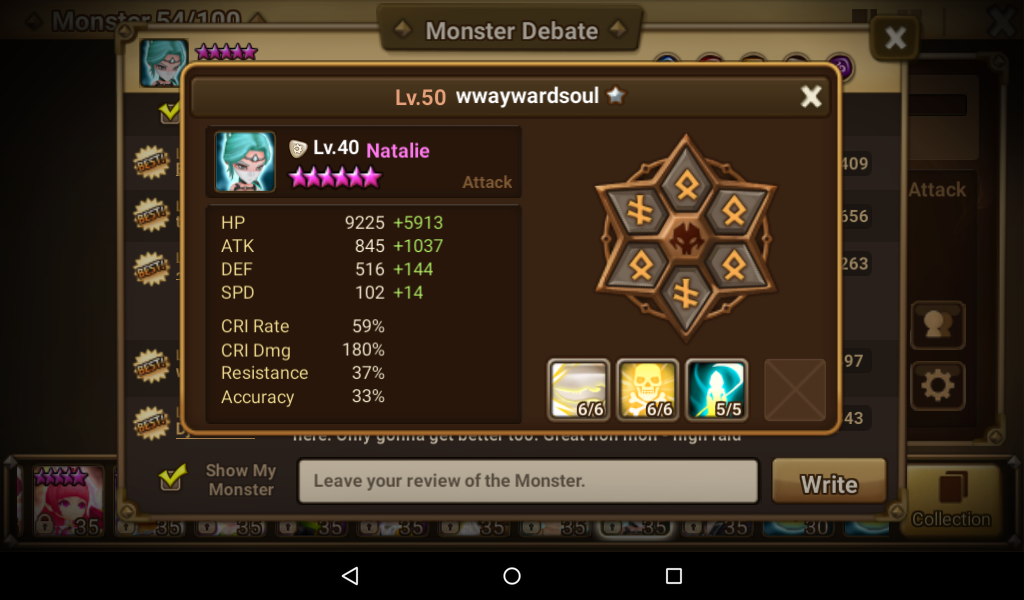 When you first look at Natalie, you’re probably going to be confused. After all, she’s called an attack unit, but she seems more of a support one; supplying debuffs onto the enemy. Natalie’s base attack when she’s six-starred and maxed out is 845, which is really good, so she’s already got something going for her, even if she didn’t have the potential to Silence the entire enemy team. Give her a lot of CRIT Damage and make her a nuker (which I intend to do as soon as I get better runes for her, as the runes she’s got are leftover runes) As you can probably tell, you’ll have to have Natalie kill an enemy in order to apply AoE Silence on his third skill. This means that you’ll also have to rune her with Fatal and Focus, ATK%, CRIT DMG%, ATK% in order to make her a nuke. Mine doesn’t have Focus runes on right now, because DB10 is rude and won’t give me any good Focus runes, so I’ll stick with Blade for now. You could also swap Fatal for Rage if you’re late game and have access to good Rage runes. The main stats should still be the same, though; you want her to kill and to land her debuffs. Her first two skills, which apply Brand and Defense Break, will also help her kill enemies. 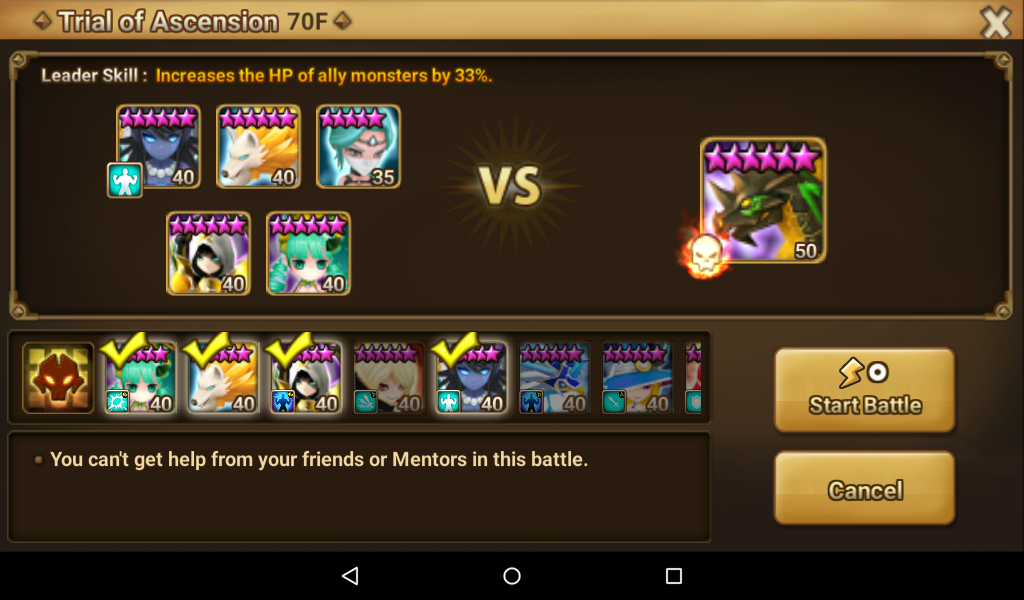 Silence isn’t going to be very useful when you have a passive cleanser, such as Veromos. Unless you have a Natalie that can one-shot tanky monsters, you shouldn’t bring Natalie into a Veromos fight. Of course, though, if you feel confident, have her target the passive cleanser with her Silent Reaper skill. If it works, you’ll have successfully silenced the team. Natalie is pretty great in Trial of Ascension, with her Brand, Defense Break, and possible AoE Silence. As it turns out, Silence actually applies to the boss monsters, too! If you were hoping to Silence Artamiel or some of his buddies so that they couldn’t heal each other, you’re in luck! I feel like she could also be usable in DB10, because of her Brand and Defense Break. Then again, her water sister, Stella, also has that, but she’s far better in DB10 than Natalie. I haven’t actually tested her out yet in DB10; I’m just eyeballing it as I write this. Upon thinking about it, I realize that Natalie could be a Veromos counter. She’s a light monster (dark’s weakness) and can one-shot Veromos with the right runes and a lot of CRIT DMG. With passive cleansers out of the way, she can then easily Silence the enemy team with Silent Reaper. 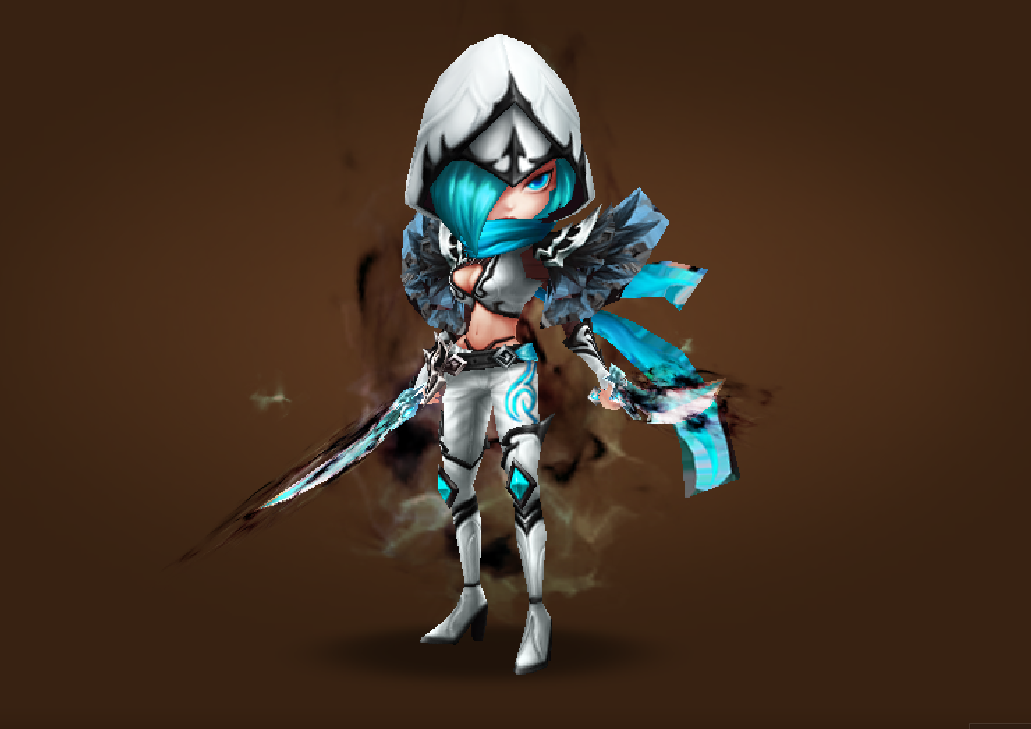 If you use her often, I totally feel like you should transmog her. The Assassin transmog in general is really good, and I’m thinking about making Natalie my third transmog after delinquent Verdehile. Overall, I feel like she could be a good monster to transmog. 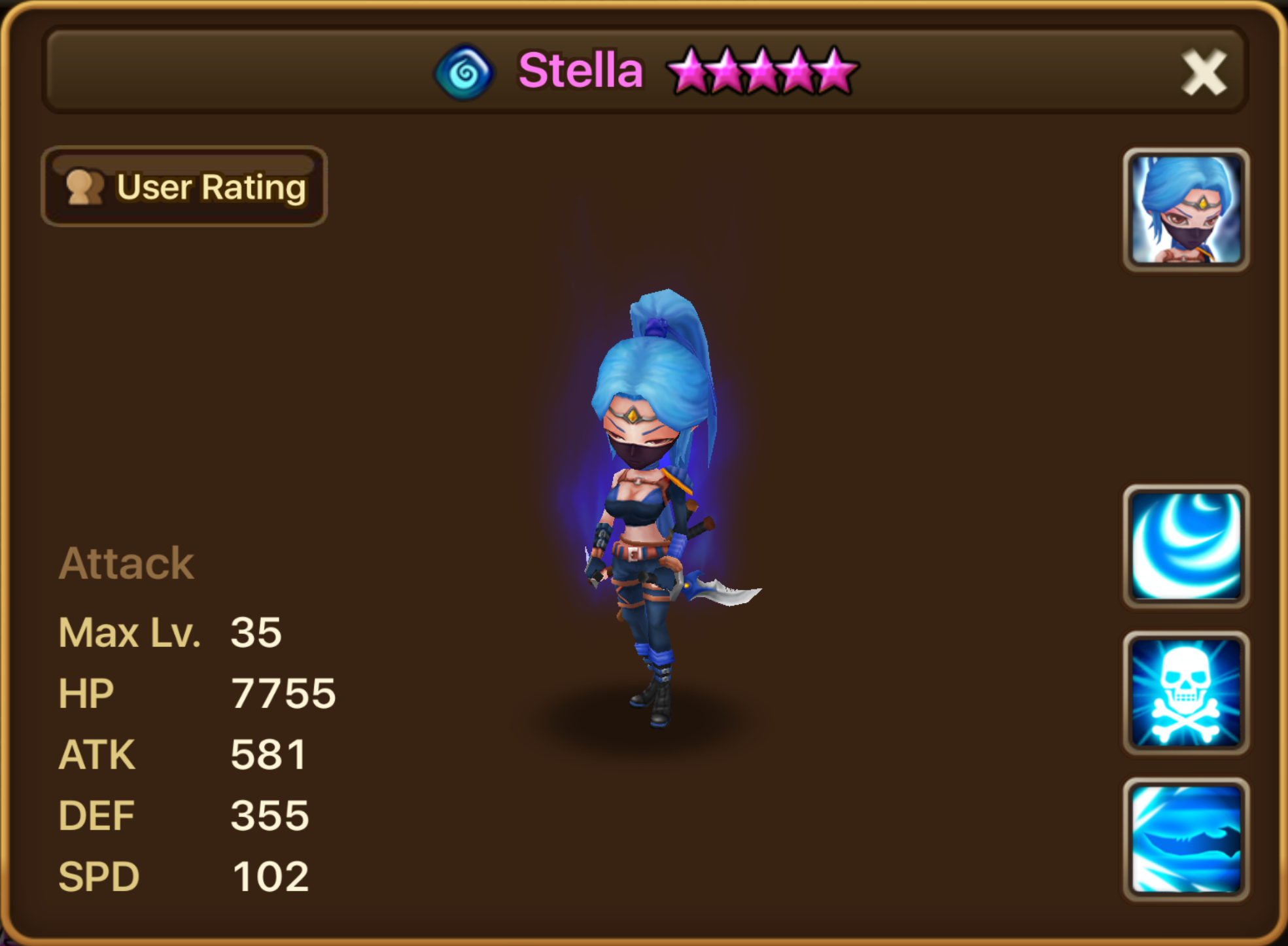 People say that either Stella or Isabelle are the best assassins, but for this section, I’ll be comparing Stella and Natalie. I chose Stella instead of Isabelle because they share the same second skill. I’ve mentioned before that Natalie’s base attack, when six-starred and maxed out, is 845. Stella, on the other hand, only has 790. While they do have the same first two skills, and Natalie has higher attack, Natalie actually has less places that she shines as opposed to Stella. Natalie needs to be super strong and have a lot of Accuracy in order to useful. Stella, on the other hand, with enough CRIT Damage and SPD, can be used everywhere for speed teams – good in GB10, DB10, and though I don’t have a Stella of my own, her other two multihit skills makes her look promising for NB10. Overall, though, I can’t completely compare the two, because they’re so different and have their different uses in different places. I do, however, feel that Natalie is underrated, and you should totally build her if you have the time. Who knows? You might even find a use for her in places I couldn’t! I’m Sara Ann, and I’ll see you in the next article!]]>