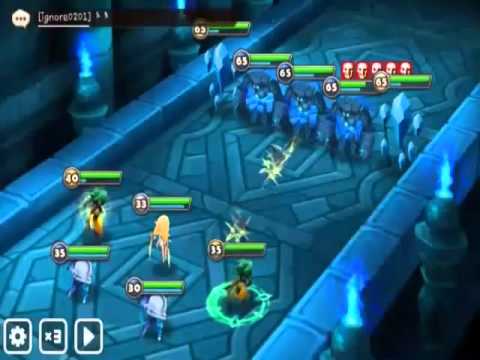 Giant’s Keep is a specific place to gain high level runes(rare,hero and legend types). Besides the Magic Shop, this is the only other place where you can find Despair runes.

The map has 5 rounds instead of the usual 3. Here are the monsters you will have to face on all levels. Keep in mind that the monsters will all be the same element.

The golems are not that dangerous, so don’t worry about them. The crystals are another story, those can wreck your team in one turn. Stun units like Veromos and units on despair like Shannon can deal with this issue. The third floor can be a little difficult, but usually this floor isn’t that hard. The fourth floor, existing of three golems and two crystals is the most difficult floor before the boss. You should aim to complete the floor without too much health loss.

Here are the abilities of the towers: 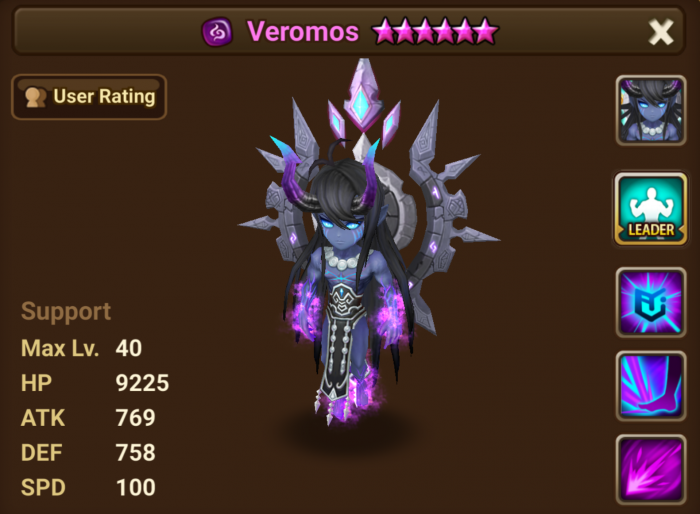 Shannon is a very important unit in your first GB10 team. The most important reason is her third skill which increases the ally defense and attack power. Also her second skill is very important when runed with despair. 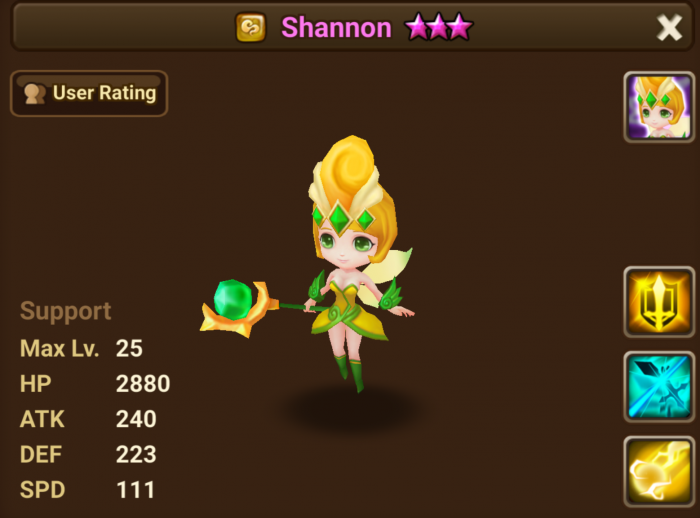 Bernard increases your attack bar which results in more turns. He is often your only monster with attack power decrease, this debuff will help you surviving the attacks from the giant. 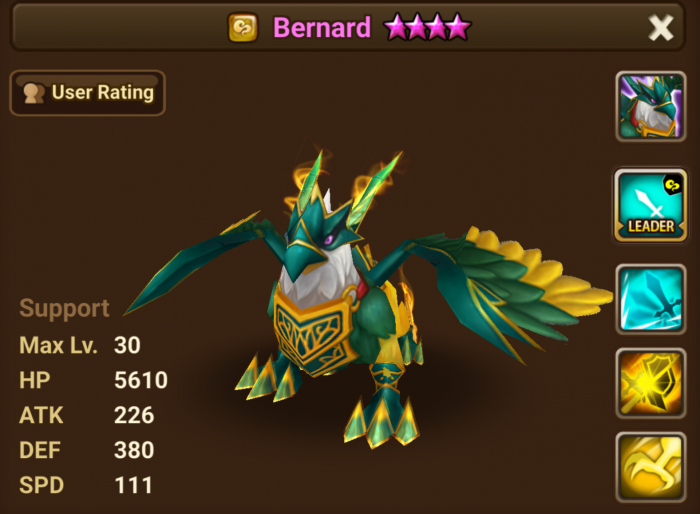 Belladeon is one of your healers. Belladeon can heal your team and increase the attack bar of all monsters with his third skill. With his second skill he can remove one buff from the giant. And his third skill can apply defense break. This makes him excellent for GB10. 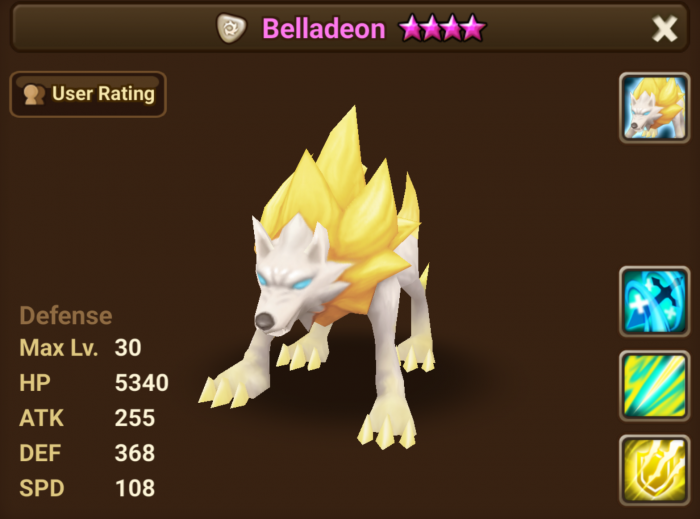 Your fifth monster should be a second healer or a damage dealer. Monsters who are perfect in this spot are Ahman, Darion, Lushen, Orochi and Chasun. Many other nat 4* and nat 5* are also fit for this spot, like Toar, Sigmarus and Teshar. Here is a screenshot of a starter GB10 team, try to keep Shannon at 5*. 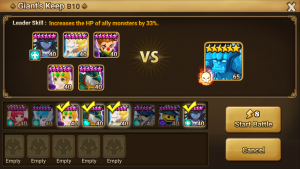 There are some base lines for stats your monsters should acquire to run GB10 safely.

Support: 15k-18k HP, 45% accuracy if needed, as fast as possible when the other stats are accomplished.

Healer: 15k-18k HP, as fast as possible when other stats are accomplished (Belladeon needs a bit accuracy).

Damage dealers: 13k-15k HP, 70% crit rate, as much attack power and critical damage as possible when the other stats are accomplished.

Updated Giants Keep is different now. You can no longer use 3 poorly runed water imps to clear high level giants. A good team is now required. Your water imps will have to be well runed like the example below.