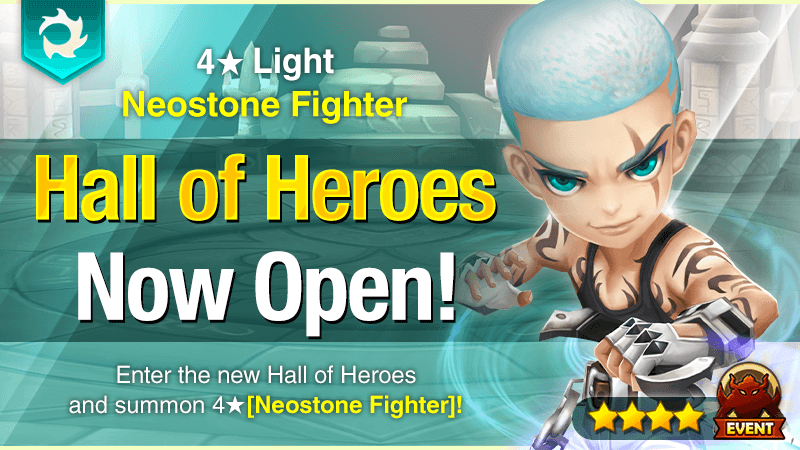 On Wednesday, November the 10th, 2021, the Lucas (light Neostone Fighter) Hall of Heroes was announced. Lucas is actually somewhat decent of a unit; it’s just that he’s not very meta anymore.

Lucas is pretty good, but he’s not going to be a meta-destroying RTA unit or anything. He’s good at what he does until his shields aren’t enough to let him soak up any hits. The entire Neostone Fighter family isn’t exactly the best, mind you, but they’re not bad at their jobs, either. Overall, they’re just either underwhelming or outshined easily. 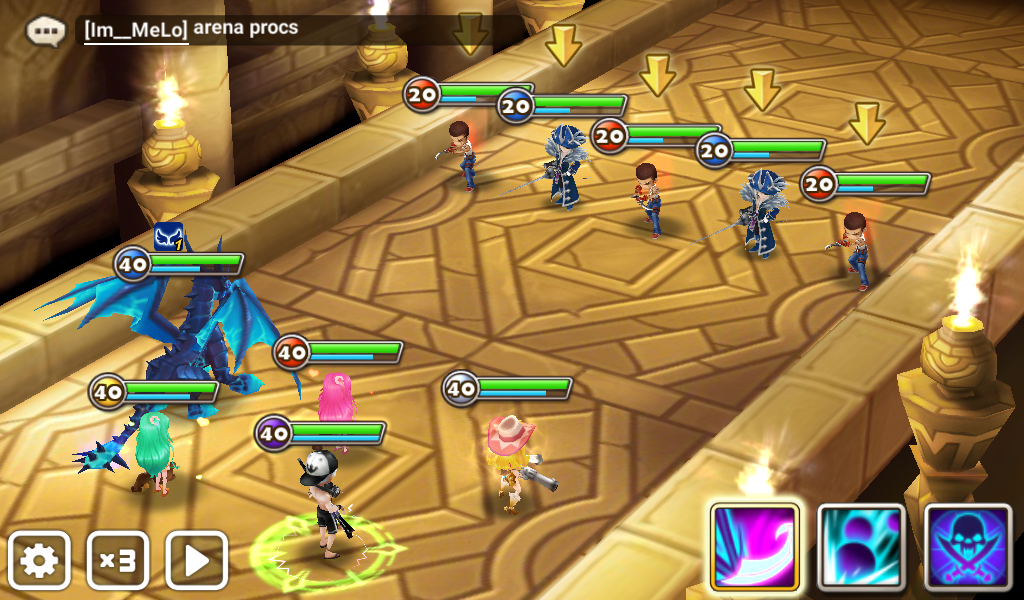 The Threat: Surprisingly, the threat here is Galleon. Galleon is an incredibly useful unit, due to how he breaks all enemies’ defenses, and increases his allies’ Attack, both for 2 turns. This, in turn, will enable the damage dealers on his team (in this case, the Trevors) to deal far more damage. I’ve had multiple units be one-shotted from this stage alone.

Oh yeah, and Trevor’s a single-target attacker unit who deals more damage the more HP he loses, as well. So that’s always fun.

The Solution: Go for Galleon first. There’s only two of him in the team (versus three of Trevor), so it’ll be easier to burst him down first. He enables Trevor to deal far more damage than usual. As you’d expect, you’ll probably want to go for Trevor in as few moves as you can, so this way he doesn’t deal even more damage on you and kill one of your units. 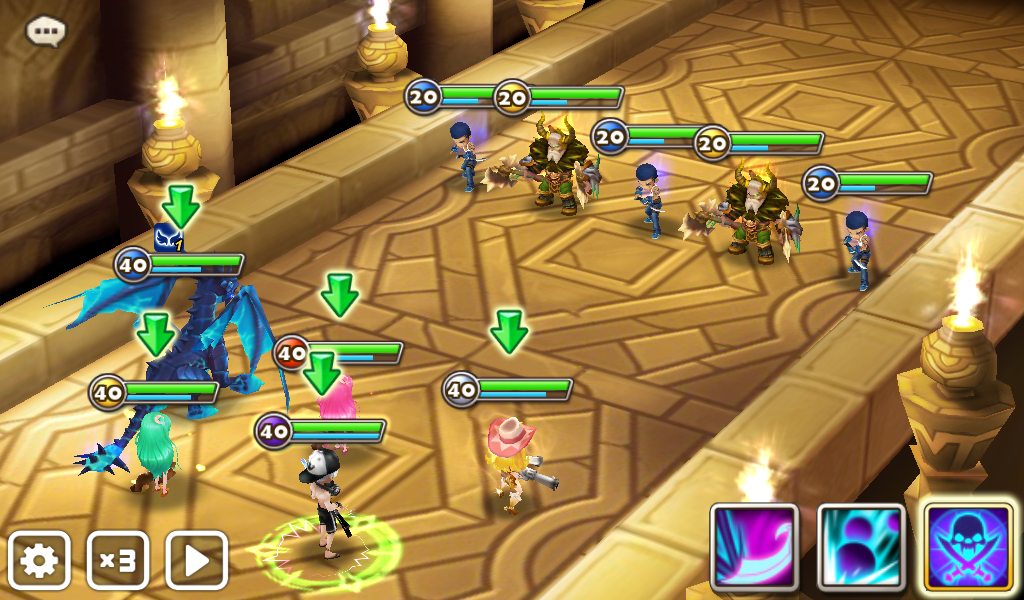 The Threat: The threat here is probably going to be Ryan. Hraesvelg does have AoE damage, but apart from that Ryan’s going to be the one who deals the most damage. His s3 always lands as a Critical Hit, and he’ll increase his Attack Bar based on how much HP the enemy lost from his s3. Basically, like Trevor, he’s great at single-target damage, and can usually burst down one of your units quick if you’re not careful.

The Solution: I’d probably say go for Ryan first. Hraesvelg’s AoE damage isn’t the best to deal with, and he increases his speed after using his s3, but Ryan gets really strong when you get up to the higher stages. After that, you can go for Hraesvelg, no sweat. 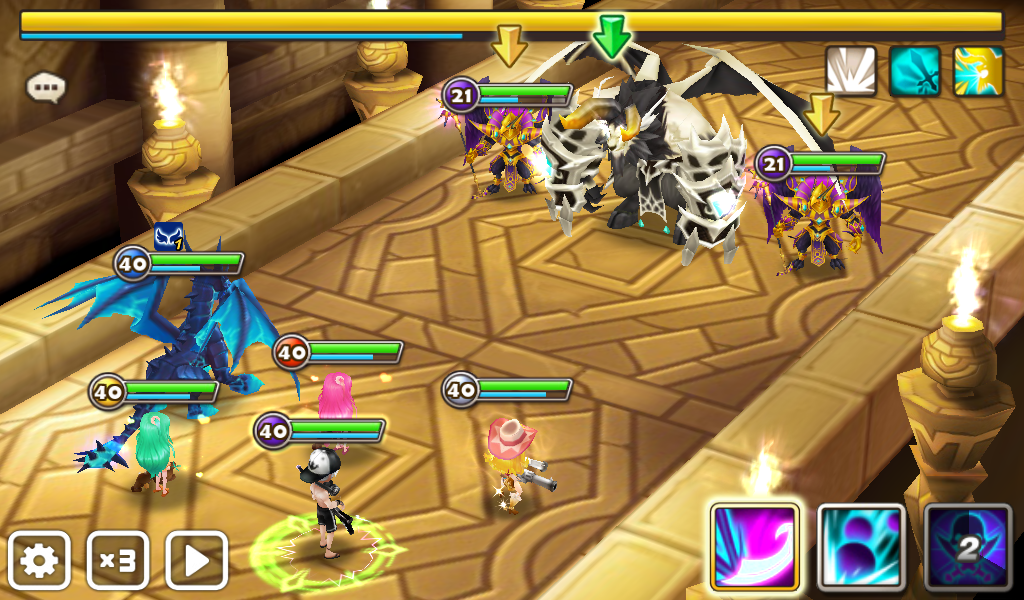 The Threat: Unsurprisingly, the threat is both Shan and the Amduats. Shan’s s3 stuns all enemies, before increasing both the Attack Bar of his allies by 25% and the attack Speed of his allies for 2 turns. And then there’s Amduat, who increases his attack bar by 15% every time an enemy gets a turn. It’s super annoying to deal with.

It’s very easy to get lapped, stunned and destroyed again and again if you’re not careful, or don’t have a good cleanser with you.

The Solution: I’d usually say “you can kill Shan without worrying about his lackeys,” but you know what? No. Kill the Amduats first. It’ll be better for you in the long run; you really don’t want to deal with Amduat cutting ahead of your units whenever you get a turn. So, just kill the both of them and then go for Shan. 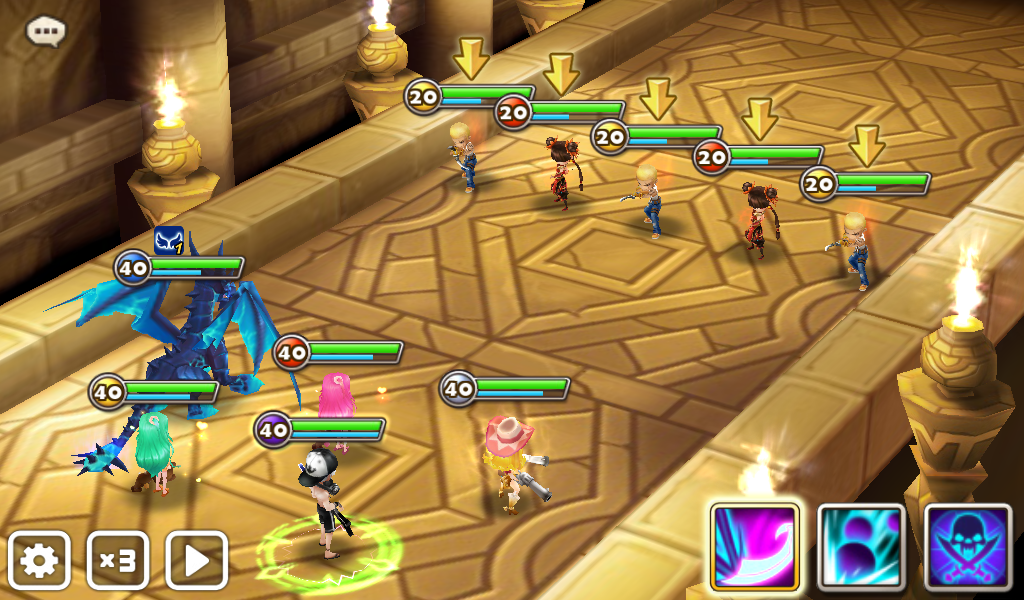 The Threat: Logan can potentially take three turns in a row, and Hong Hua extends debuffs on each person she hits with her s3. They’re a surprising duo that you wouldn’t think be so annoying, but I’ve actually gotten a bunch of my units killed from this stage alone.

The Solution: I’d probably say go for Logan first. Logan does a lot more damage than you’d expect; Hong Hua doesn’t have the best damage but does have debuff extension galore. She’s easy enough to deal with, but Logan will really mess up your day if he depletes your Attack Bar. 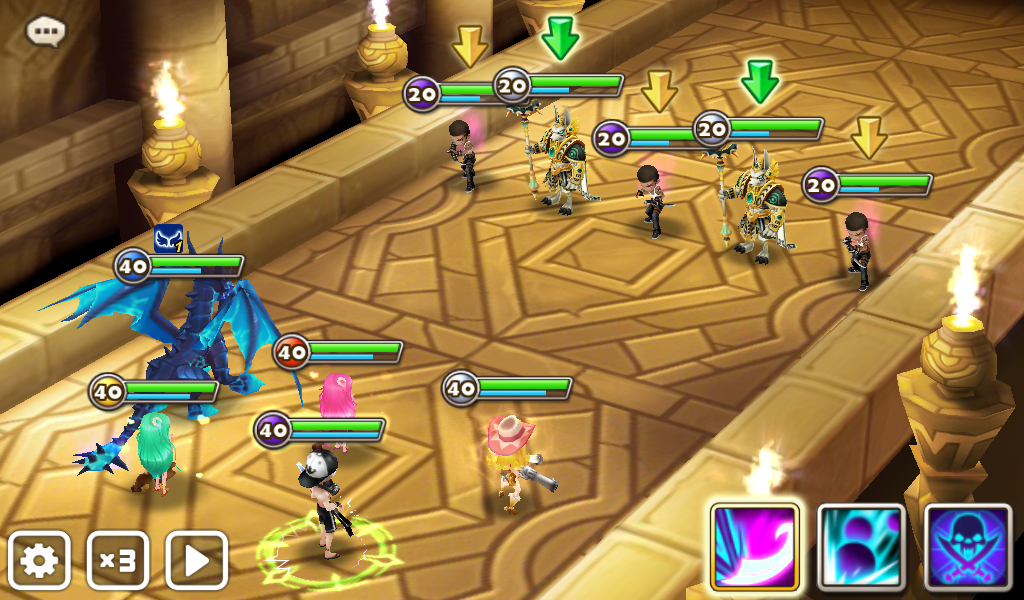 The Threat: Amarna is going to be the biggest threat here for sure. His s3, Secret of Eternal Life, is absolutely loaded. He’ll remove all debuffs from all enemies, heals everyone for 30% of their HP, and revives all dead enemies for 30% of their HP. The only drawback to this is that his s3’s cooldown will increase by 2 turns for each dead ally he revives.

Karl just does really good damage. That’s it, that’s the end of it.

The Solution: The solution is to go for Amarna first, maybe both of them at the same time. This will ensure that they can’t heal or revive each other, and honestly just makes your job way easier. After that, taking down Karl will be quick enough work, and then we can move on to the boss stage! 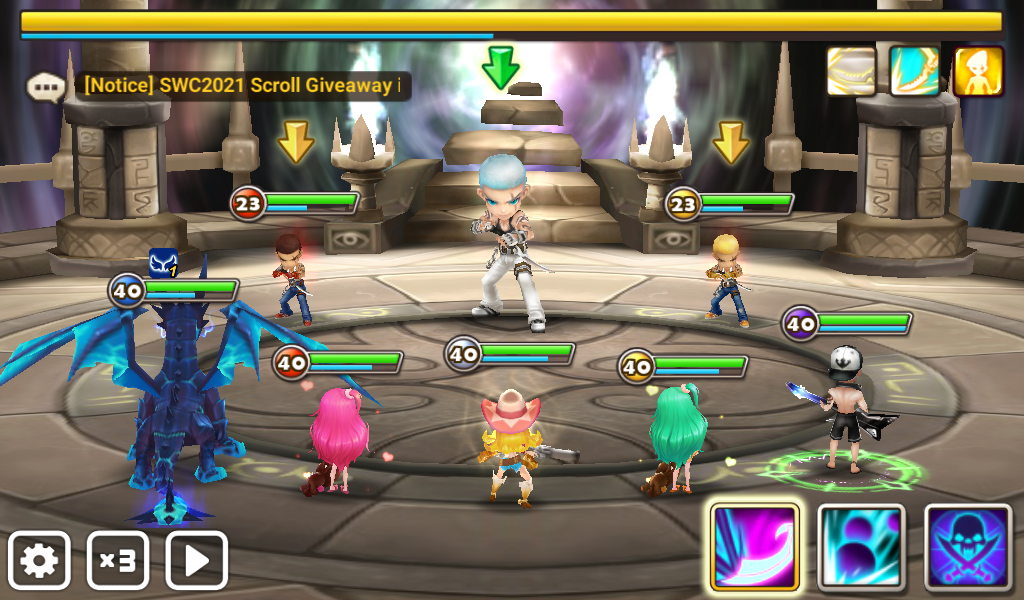 It’s boss time! The boss is always going to be Lucas and two more Neostone Fighters.

The Threat: The threat here depends on what the lackey elements are. In this case, I’d probably say the biggest threat here is going to be Trevor. Lucas can be easily dealt with, with just buff-blocking debuffs. No more shields! (Or at least until that debuff expires). Logan isn’t that bad to deal with, I guess.

The Solution: There’s two solutions to this: either you can kill Trevor and then go for Lucas, or just aim straight for Lucas. You don’t have to kill the lackeys in order to progress, so if it’s easy enough for you to just burst down Lucas and then end it there.

I hope you all enjoyed this article! How many copies of Lucas did you get? I’m at 3 copies right now, and I’m about to go to B7. I’m Sara Ann, and I’ll see you in the next article!