Around the time that Reina’s missions were first released, I got Verdehile, the fire Vampire; otherwise known as a very wanted attack bar booster by many people. Pretty much the only thing running through my head when I saw the Vampire boy on my Summoning Circle was “hey cool I got that really rare monster people want I should run around the house and scream.” Spoiler Alert: I kind of did. (It totally wasn’t because of the fact I had eaten about a thousand pounds’ worth of sugar via candy.)

When that died down, I had to figure out a way to use him, which took a really long time because I was still working on my GB10 team at the moment. Now that I have my (very slow + tower) DB10 team and it includes him, I felt like I had to do a post about Verdehile for all those newish people who have him but have no idea where to use him and what not to do.

For context, I’m going to show you guys my Verdehile’s stats before we go on, to show what level of player-ness I’m at and so you can see how terrible I truly am: 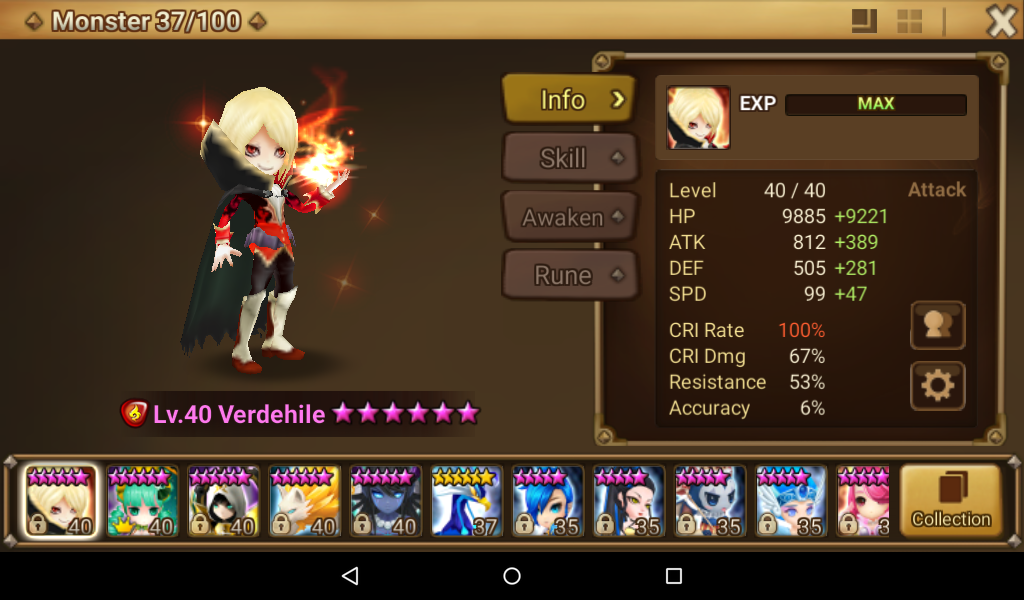 And these are his runes: 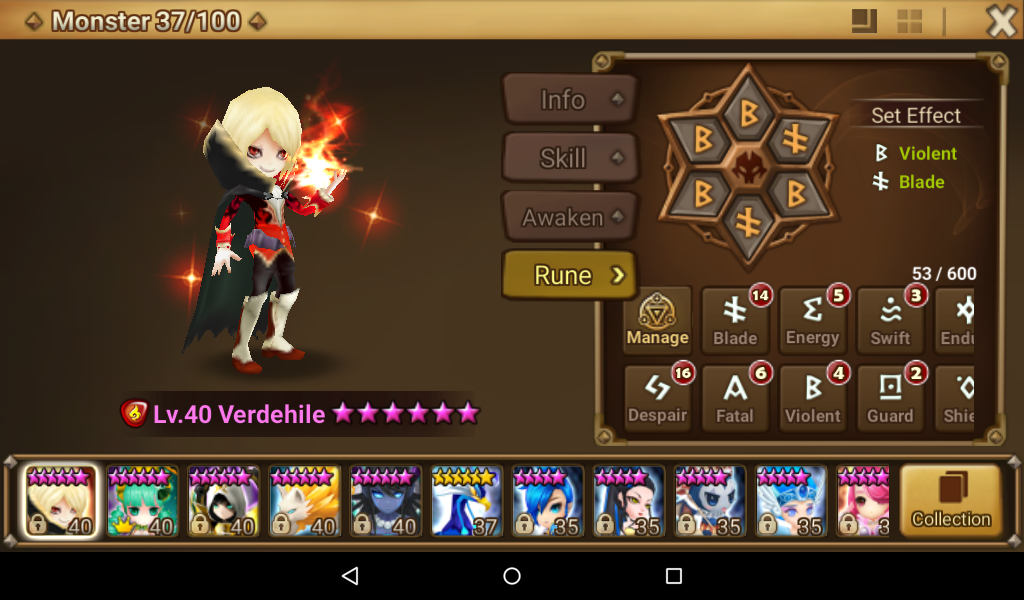 With that said, we can now begin this post, detailing what I’ve noticed about Verdehile and some common myths about him. Just remember that these are all my opinion, and it’s okay for you not to share the same thoughts about him that I do. (Yes, before any of you ask, I gave him the sparkly aura because I thought it would be funny, considering Twilight and all that.)

Most people say that Verdehile needs to be the fastest member on your team in DB10 and that my Verdehile is incredibly slow – heck, when I first posted my Verdehile after I just got him a sparkly aura, about 80% of the comments were something along the lines of “Your Verde so slow you need a Verde to boost your Verde” and I’ll admit it, my Verdehile is pretty slow.

My opinion about his speed is pretty unpopular, so bare with me here, but I actually think that it’s okay for Verdehile to go last or second-to-last if we’re talking about PvE content. Before you flame me in the comments, please hear my logic out.

This is because, after your monsters have already gotten their turns, Verdehile can then go and have his turn. If he uses his first skill, then it could be possible for everyone to get another turn before the Dragon/boss/whatever can go; bonus attack bar increase if he’s on Violent runes and possibly gets another turn. If, on the other hand, you rune him to be fast, then he’s going to go first in the team and everyone gets an attack bar increase that isn’t really needed at the moment.

Of course, those who are using him in PvP content should definitely make their Verdehile roll around at the speed of sound. 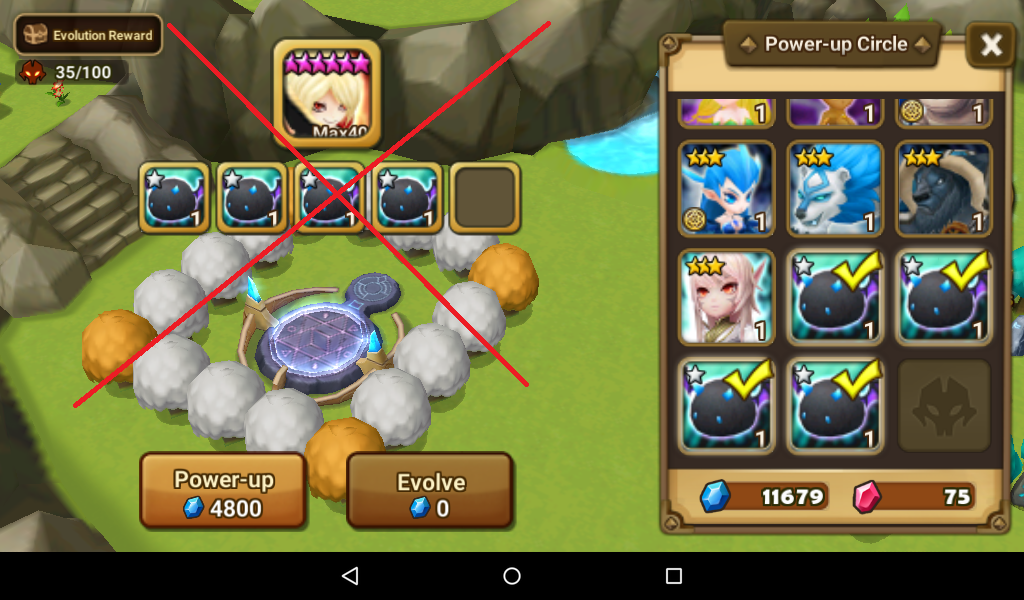 DO NOT SKILL UP YOUR VERDEHILE!

I cannot stress this enough! Yes, it looks tempting; Argen, the wind Vampire, can be fused and his fusion recipe actually looks pretty easy; you’ve heard people say that top-quality natural 4 stars should have Devilmon put into them (e.g. Chasun, Galleon, etc.) and you heard Verdehile is seriously wanted by many people, but do not invest any skillups into this guy! Allow me to explain why.

His first skill hits twice, which means that when you rune him with 100% Critical Rate and he uses his first skill, that’s a 40% attack bar increase. This is because of his passive when awakened, Boiling Blood – every time he gets a critical hit, the attack bar of all of his allies is increased by 20%.

His second skill, however, is Noble Agreement. It only hits once, not to mention that the “added 30% Critical Rate on this hit” is completely redundant, considering that everyone who has Verdehile will be runing him up with 100% Critical Rate. The second worst part is that it’s reusable in three turns. The worst part is that, when fully skilled up, it’s reusable in two turns, which means Verdehile would use it more. 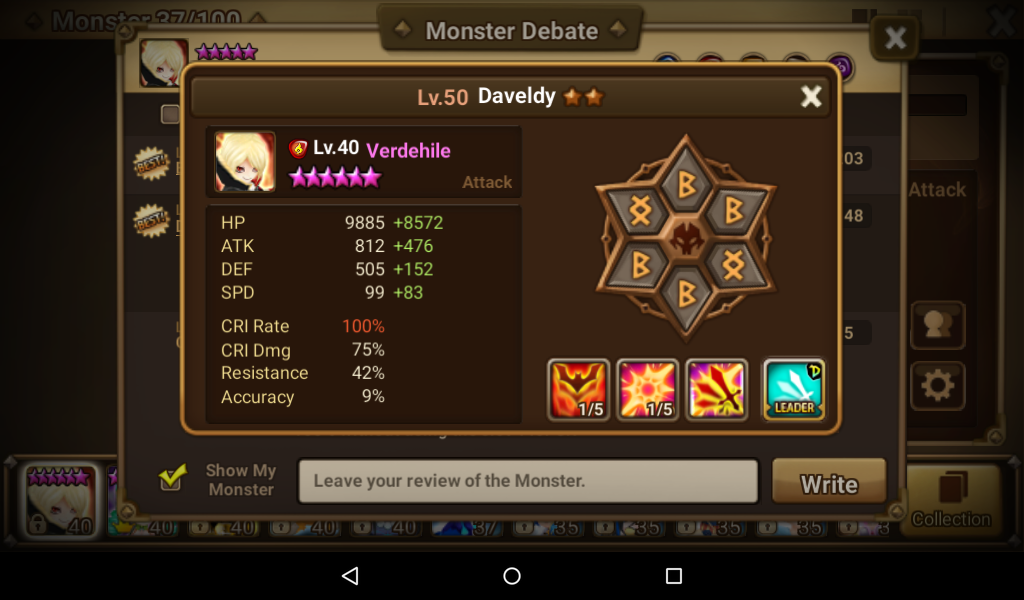 For the most part, Verdehile does not need attack. When you look at the monster reviews for him, you’re going to see people who have their Verdehiles runed with Violent + Revenge and the stats on their runes are usually going to be something along the lines of ATK%/CRIT DMG%/ATK%.

While I do agree with going Violent and Revenge as a rune build, I feel like Verdehile shouldn’t be built as an attacker, as his main purpose for PvE content is to be a supporter monster; increasing the attack bar of his allies so that they can go before the dragon/whatever gets a turn.

My Verdehile’s currently runed on SPD/CRIT Rate%/HP%. Verdehile is naturally a pretty squishy mon (I mean, come on, his base HP, when six-starred and maxed out, is 9885, when Charlotte’s HP, also six-starred and maxed out, is a little over 10,000!) I feel like it’s best for, when you’re just starting out and doing PvE content, you have your Verdehile tanky and maybe slightly fast, too.

PVP stuff, though, is during late-game, and it’s around then that I consider it acceptable to start building him with ATK and CRIT Damage. Of course, you should definitely keep him at 100% CRIT Rate.

Please keep in mind that I myself am still trying to find places for my own Verdehile, so some of these may be inaccurate.

We’ll start with DB10. Of course, Verdehile is the real MVP when it comes to DB10. When runed with 100% Critical Rate, he will at least get your monsters a 40% attack bar boost, which, as you will learn, is crucial to surviving the Dragon’s attacks, due to his Continuous Damage debuff and constant Immunity buff.

Since some of you are going to ask “What’s your team, Sara?” I will have to begrudgingly show you my 5 minute long tower DB10 team. Please keep in mind that it’s still a work-in-progress, and please don’t flame me in the comments for being the worst player to ever exist: 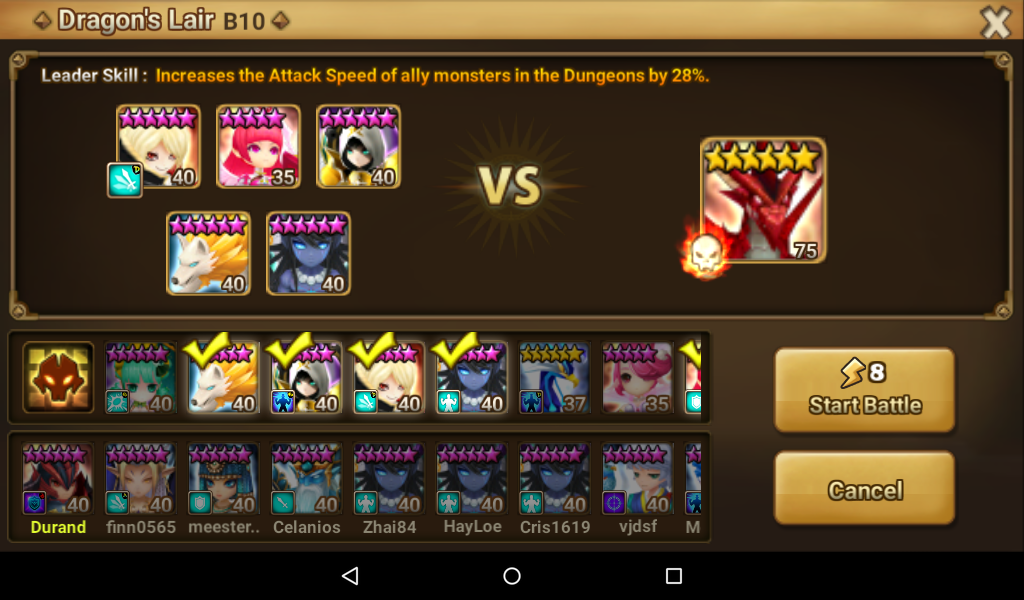 Chloe will be replaced by Sigmarus when I finally finish building him.

You may have noticed that I’ve placed my Verdehile as the leader, due to his leader skill. In this game, speed is everything, as it can make or break a successful team. Even swapping two monsters’ positions can be the difference between farming runes without breaking a sweat to getting annihilated because your monsters can’t even. Trust me on this; when Veromos is leader in my GB10 team everything is great, but the moment Charlotte decides to be leader, NOPE. 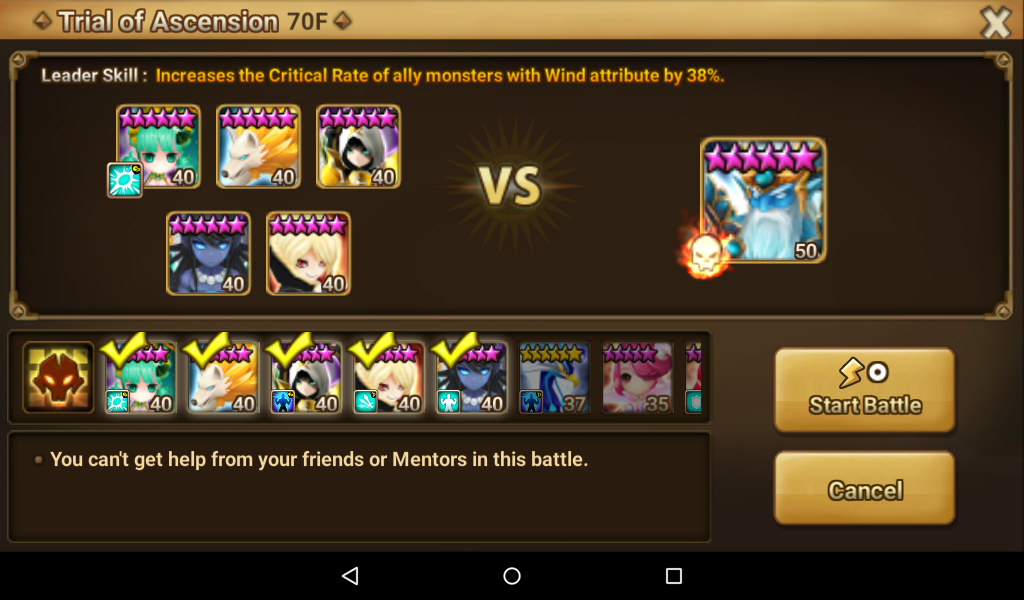 Another place you can use him in is the Trial of Ascension. Attack bar boosts on your side is everything, and the only place I wouldn’t recommend using him in is the (shiver) dreaded Artamiel stage. In that stage, Artamiel counterattacks whoever hits him with a critical hit, and sometimes his four counterattacking buddies – Xing Zhe and two light Yetis – will join him in his quest to destroy whoever dares to land a critical hit on him.

He’s a pretty good attack bar booster in arena, but his usefulness will start to deteriorate when you’ve gotten to around Conqueror 1. For the time being, though, my highest rank is Fighter 1, so he’s still really good. Even end-game players will sometimes use him in some scenarios, though it’s kind of rare to see it. Verdehile is an essential part of everyone’s DB10 teams, though, so if you get one, I can safely declare you are a lucky lucky person!

I hope you’ve all enjoyed this article and that it helped some people who are newer to this game; as I’m trying to be as helpful as I can for new players. I’m Sara Ann, and I’ll see you in the next article!