<![CDATA[ <p style="text-align: left;" align="CENTER">Healers are an essential part of any team, especially in the early game when high damage speed teams aren’t an option. However, with teams limited to three, four, or five monsters depending on the event, healers need to bring more utility to the table than just a heal in order to claim a spot on the roster.

In order to fulfill their role for a new player, a healer needs to be easily obtainable, easy to skill up, and fulfill as much utility as possible. As such this article will focus on monsters of three stars and below.

The newest patch included missions designed to help out new players get started with the game. As you complete the missions, some of the rewards you get are monsters. Among those you will receive by completing these missions are Colleen, Konamiya, and Rakaja. The nice part about these monster rewards is that the come already awakened. Not only does this save some time and resources, but many healers only gain their healing skill after being awakened. Take full advantage of this new system to get some great starting healers to help you on your way. 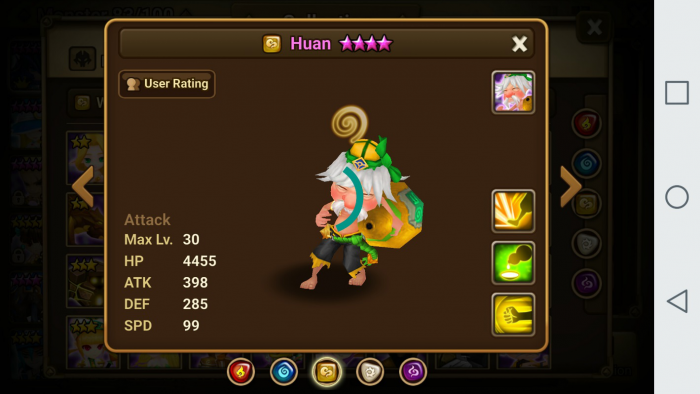 Starting off in tenth place is Huan who gains points for having a group heal on two skills and both an attack power and defense break for utility, but loses points for being only obtainable through summons which makes him harder both to obtain and skill up. His healing is also based off of his attack power which has the advantages of big heals and a damage threat from the healer, but the draw backs of having a healer that is going to be less survivable. 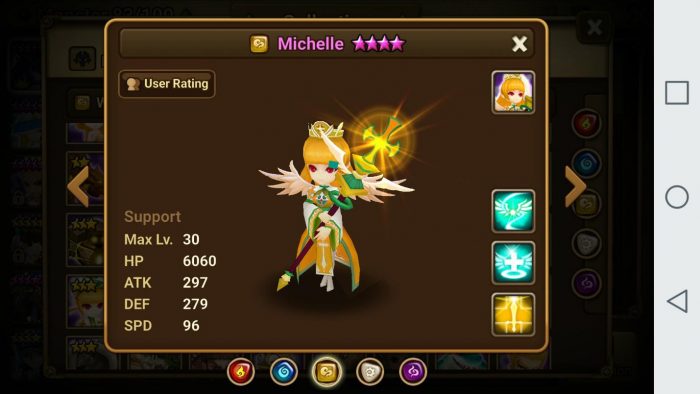 Michelle has all the same drawbacks as Huan in that she can only be obtained via summons and her group heal is based off of attack power. Her main claim to a spot on this list is that her third skill is a revive ability which is a great tool, but her heal also lowers the duration of negative effects and extends the duration of positive effects. 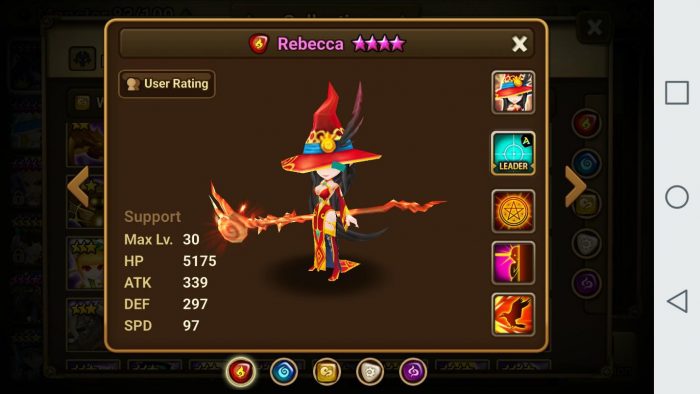 Rebecca shares the downsides of only being obtainable through summons but she has some great utility in an armor break on all enemies and a team wide cleanse and heal. Rebecca has the most common healing method in that she heals a percentage of a monster’s health; at 15% it is a bit low for a primary healer, but it does get powered up for each debuff cleansed. 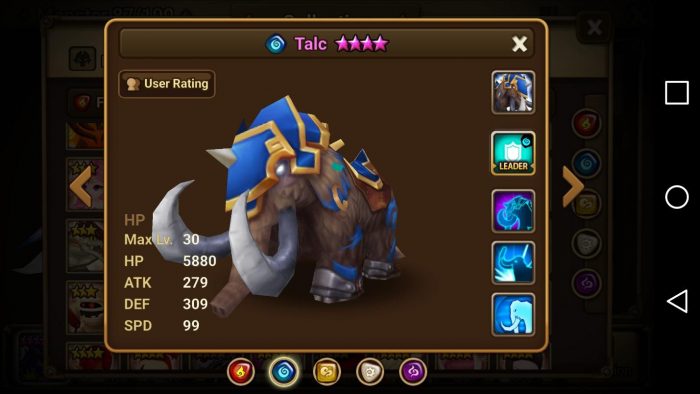 The last monster on the list only obtainable through summons, Talc shares those drawbacks in common with the previous monsters. Talc’s heal is based off of his max hp and provides a team wide defense buff, he has a taunt on skill one and a passive that drastically reduces damage taken if it does less than 20% of his max hp making him a great healing tank. He is worth holding on to as well as he can function in the front line of a raid team. 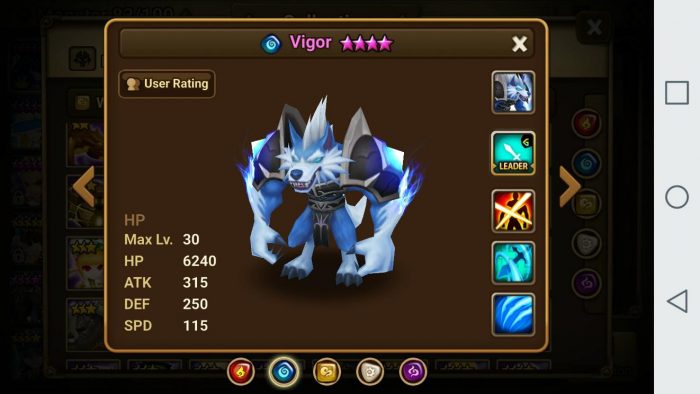 Vigor is obtainable through secret dungeons, so he is more reliable to get and skill up than the previous healers, however for an early game player without strong rep monsters, farming the pieces needed within the time limit is still no easy task. His heal recovers 15% of allied monsters health and gives a speed buff for two turns. Single target heal block and defense break rounds out his utility. Not the strongest heal on the list, but the speed buff is a great benefit, and you may find him useful against strong fire monsters where Bernard might struggle. 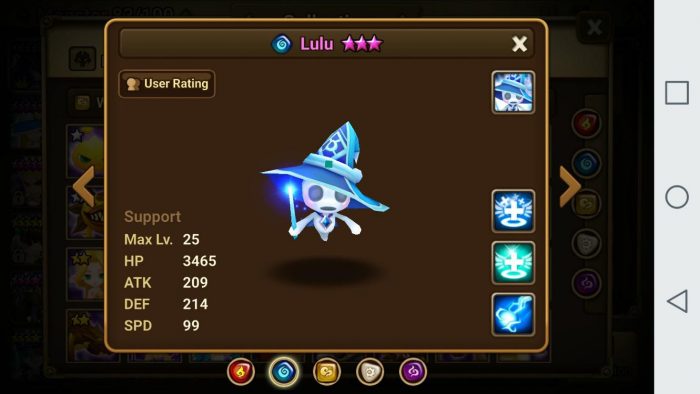 Lulu is where our list becomes much more reliable, Lulu and other howls for skill ups can be summoned, obtained through secret dungeons, bought from the magic shop, and drop randomly from some scenarios, making it very easy to obtain and max out skills. Lulu has two healing skills, one which will cleanse all debuffs and heal Lulu and one other ally, and then a second heal that will remove two negative effects and heal each party member for 20% of their HP. The healing ratio is stronger for Lulu than it was for Vigor and Rebecca, and the cleanse is nice, however Lulu brings little other utility. 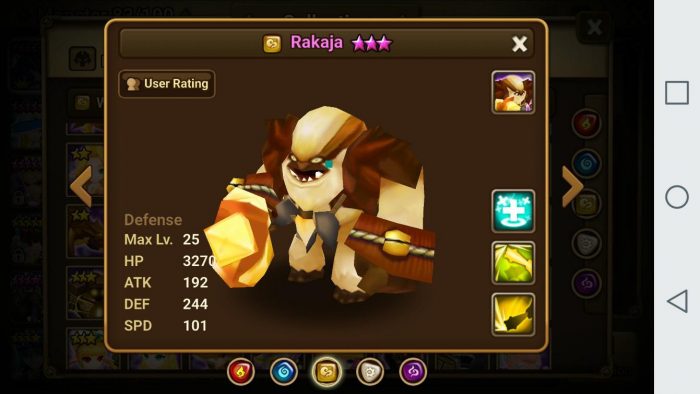 The wind yeti has a heal that recovers more based on the number of party members alive. This is a surprisingly strong heal when all members are alive. A single target slow and stun round out his utility. Despite his strong group healing, he will struggle to provide enough utility to the group. Like Lulu, the yetis can be obtained in several ways that make obtaining and skilling up fairly simple. 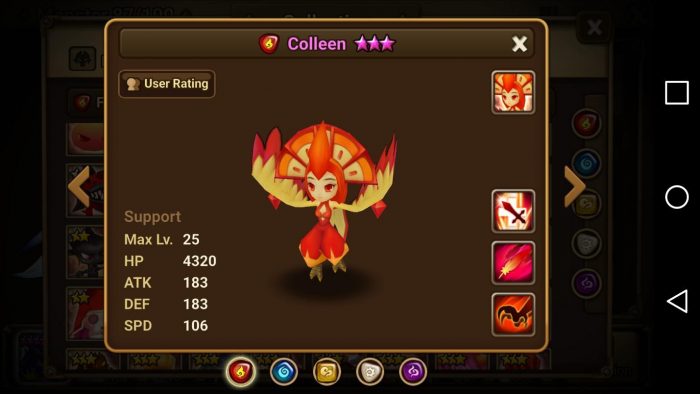 Harpus are easily obtainable from multiple sources, and Colleen is a great healer. She recovers 25% of allies health and provides a 3 turn attack buff. She has a single target attack break and heal recovery skill, and she forms a core of starting raid and necropolis teams in the late game, so hold on to her. Unfortunately, she is less useful in the early game as giants B10 is a water element dungeon. 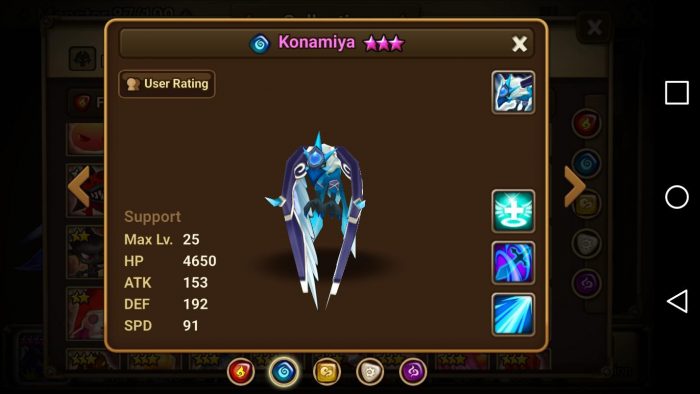 Konamiya heals the party for 15% of their health and removes all debuffs. While the health recovered is a bit weaker, he can use his second skill to speed up how often he can use it. With a stun on skill one and a very flexible skill two, Konamiya brings great utility that functions well in PvE and PvP. 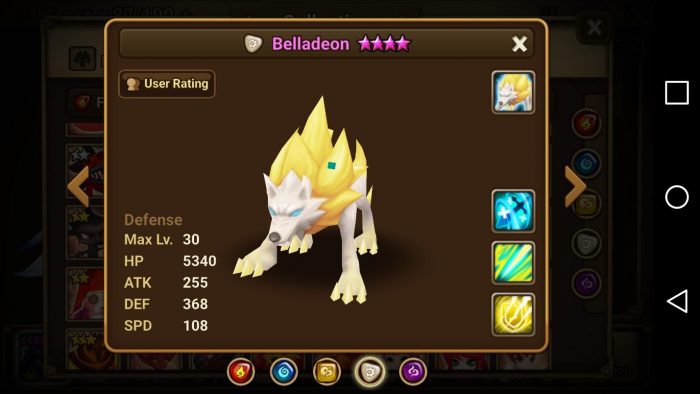 The light Inugami is obtainable through a secret dungeon and is one of the most coveted early game monsters that stays useful in every stage of the game. This is due to the great utility of its kit, a heal that recovers 30% of allied health and boosts the ATB by 30%, a 2 turn defense break on skill one, and a strip on skill two. Bella fulfills three of the necessary roles needed for Giants B10. While not as easy to skill up as Lulu, Rakaja, Colleen, and Konamiya, Inugami’s drop randomly from three scenarios and most will not find it difficult to gain skill up materials. ]]>