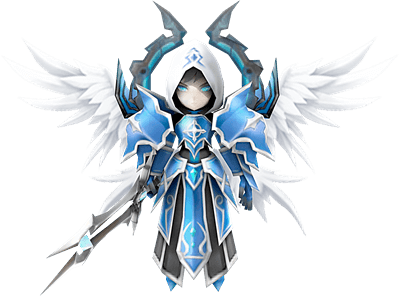 Increases the HP of ally monsters with Water attribute by 50%.

Attacks with a heavenly sword, removing a beneficial effect on the enemy with a 75% chance. The damage increases according to your Defense.
Multiplier: 180%+270%
Show Skill Ups

Recovers the ally target's HP by 50% and increases the Defense for 2 turns. (Reusable in 5 turns).
Multiplier: 50%
Show Skill Ups

Let us know what you think about Water Archangel Ariel.

Here are our rune recommendations for Ariel. Click on each rune for more information.
If you are new to Summoners War, click here: Summoners War Rune Guide.