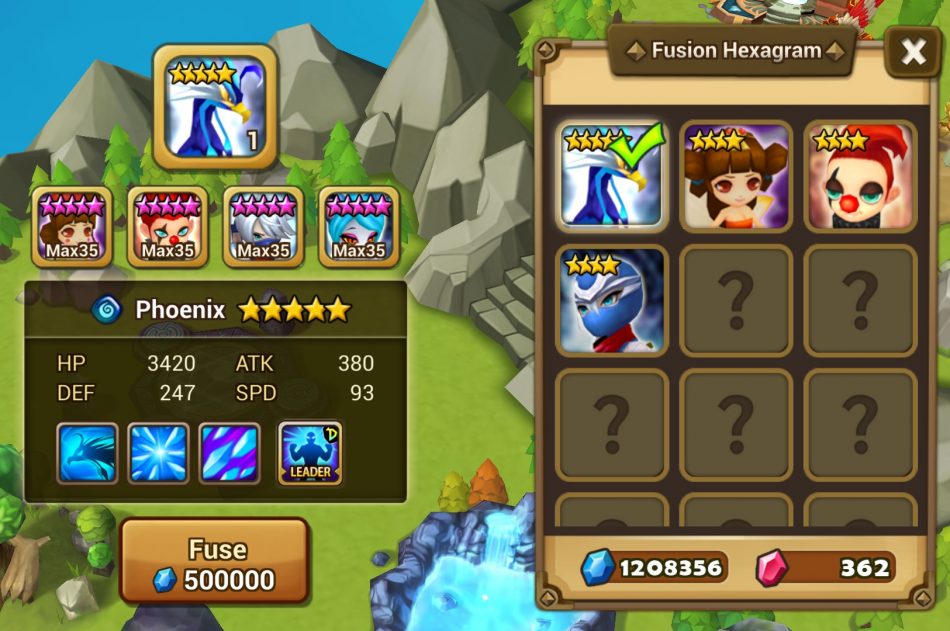 <![CDATA[You’ve fused Veromos, gotten a stable GB10 team and even some good runes, but now you’re wondering: <em>When can I start doing DB10? You must know, before you begin, that DB10 is much more difficult than GB10, and will take a lot better rune quality – in fact, I myself still don’t have a 100% stable DB10 team, after months of trying. However, there is something that can make DB10 easier: Sigmarus, the water Phoenix. Though he isn’t absolutely necessary for DB10 – I’m told that some people replace him with Theomars – he will make it a lot easier: he’s a water nuker with one massive single-target damage and one AoE skill that deals damage based off of the enemy’s max HP like Lyn, not to mention that his third skill will leave Attack Break on the enemies. Like my last five-part series, on fusing Veromos, (in which you can read about getting Kumae,Mikene, Argen, Akia, and then fusing Veromos in these links) each part will focus on one part of the four-piece puzzle that is fusing Sigmarus. We’re going to follow the same path that I took when I wrote my five-parter on fusing Veromos. In this series, we’re going to talk about the easiest way to acquire each monster, their awakening essences, and, at the end, how to create a stable DB10 face team. Let’s get something out in the open real quick first: When you have the main fusion pieces for Sigmarus (the four monsters that are directly needed to fuse him,) I’m going to say “leave them unawakened and at four stars until you’re ready to fuse” This is because if you get lucky/unlucky and summon one of the fusion pieces awakened, then you wouldn’t have wasted any essences awakening one of the monsters. Here’s the fusion recipe for Sigmarus: 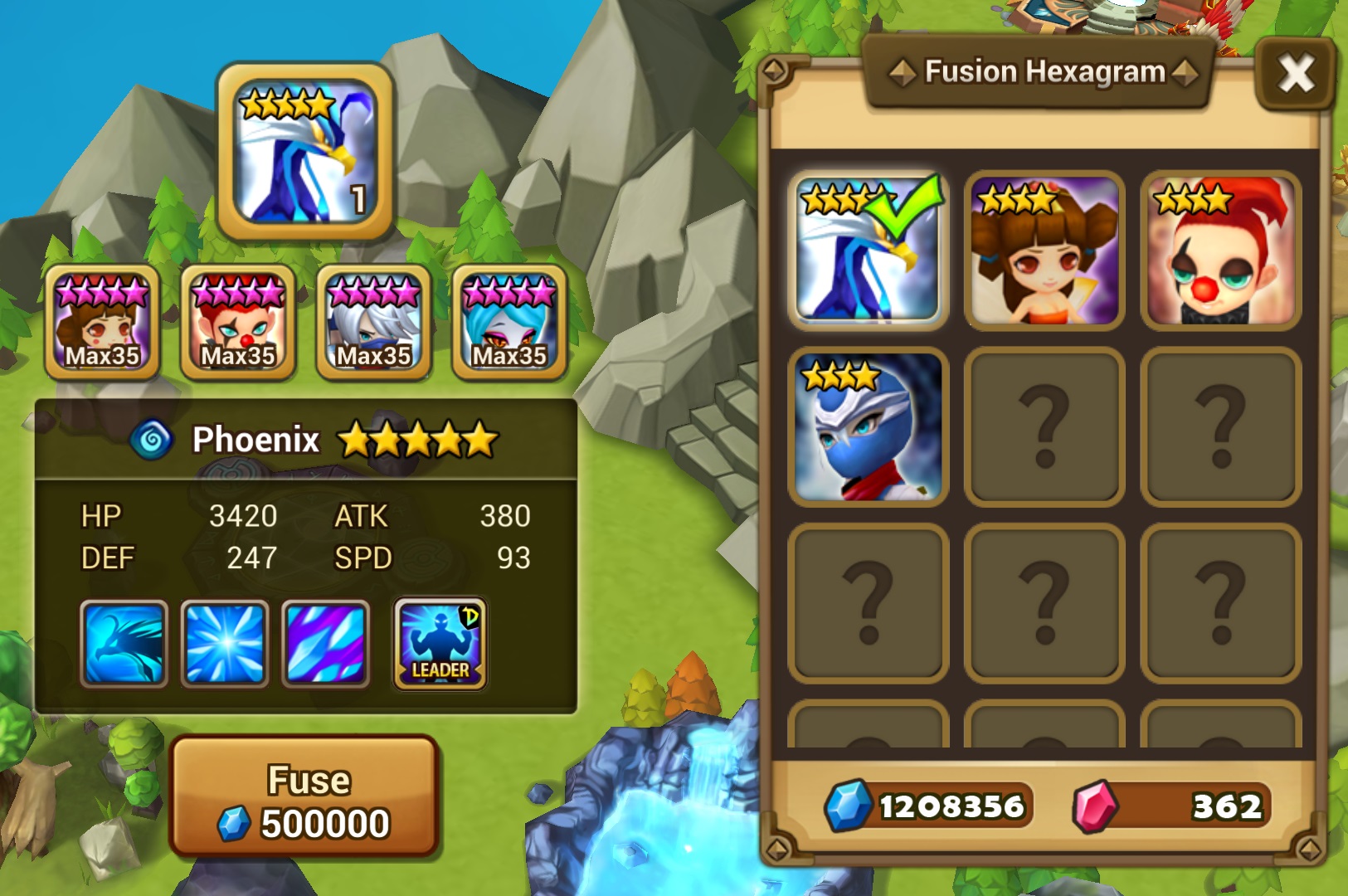 Fusing him will be a lot harder than fusing Veromos. Not every monster can be farmable from Secret Dungeons, and some can only be acquired from the scenarios. We’re going to begin with the monster that’s the easiest to acquire. She doesn’t need to be fused, because you can already get her from the Secret Dungeons, and her name is… 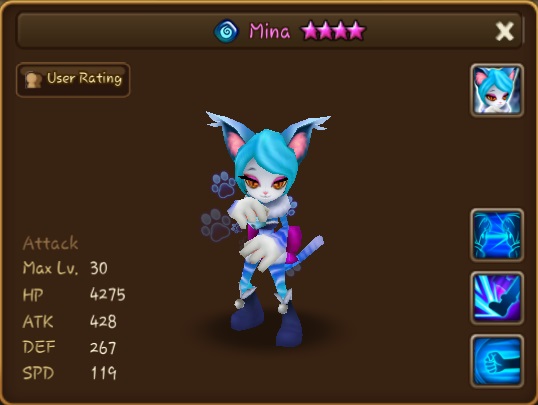 Awakened Icon[/caption] Mina is the water Martial Cat. She’s a three-star monster and can be acquired from Social Summons, Unknown Scrolls, Crystal Summoning, Mystical Scrolls, the Temple of Wishes, and from the Guild Battles.

You can actually part with your hard-earned Guild Points to get summoning pieces for Mina. Each purchase costs 100 guild points, and will give you 10 of the 40 pieces needed to summon her. This means that, if you want to buy it all at once, you’ll have to save up until you have 400 points. There’s no limit per week on how many summoning pieces you can get, unlike with, for example, the Rainbowmon or the Summoning Stones. It will be pretty expensive and time-consuming, as even I tend to take a few days to acquire 200 guild points and I like to believe I’m in a really nice guild, too. Most newish players are going to end up in a guild that rarely, if ever, does guild battles – I know my first one was one of those kinds of guilds, and it took me months to figure out how to leave the guild.

I would not recommend keeping a copy of Mina to use for purposes other than fusing Sigmarus. Her passive skill, Head to Head, increases her chance of attacking with a Critical Hit by 50% if the enemy has no Harmful Effects on them. Of course, this is going to be near impossible and just plain inefficient to whoever uses her: Galleon uses Time to Loot on the enemies and they get defense break? Sorry, that’s a harmful effect, less chances to get a critical hit! Charlotte stunned all the enemies and reset their attack bar? Stun is a harmful effect – sadly one that Veromos doesn’t cleanse, but who cares; less chances to get a critical hit! You see where I’m going here? Let’s also mention that the bonus she gets if the enemy doesn’t have any Harmful Effects on them is weak. After all, if you rune her with 100% Critical Rate her passive is completely useless! If it was something along the lines of being critical damage and no beneficial effects on the enemy, I can see people using her with monsters like Tiana, but nope! Oh well, the usability of Mina isn’t the main focal point of this article. This little kitty will have to be used only to fuse Sigmarus. Feel free to max her out – maybe four-star her too, but don’t awaken her yet – and then put her in storage until you’re ready to fuse. Up next we’re going to fuse the first monster needed for the puzzle, Susano!]]>